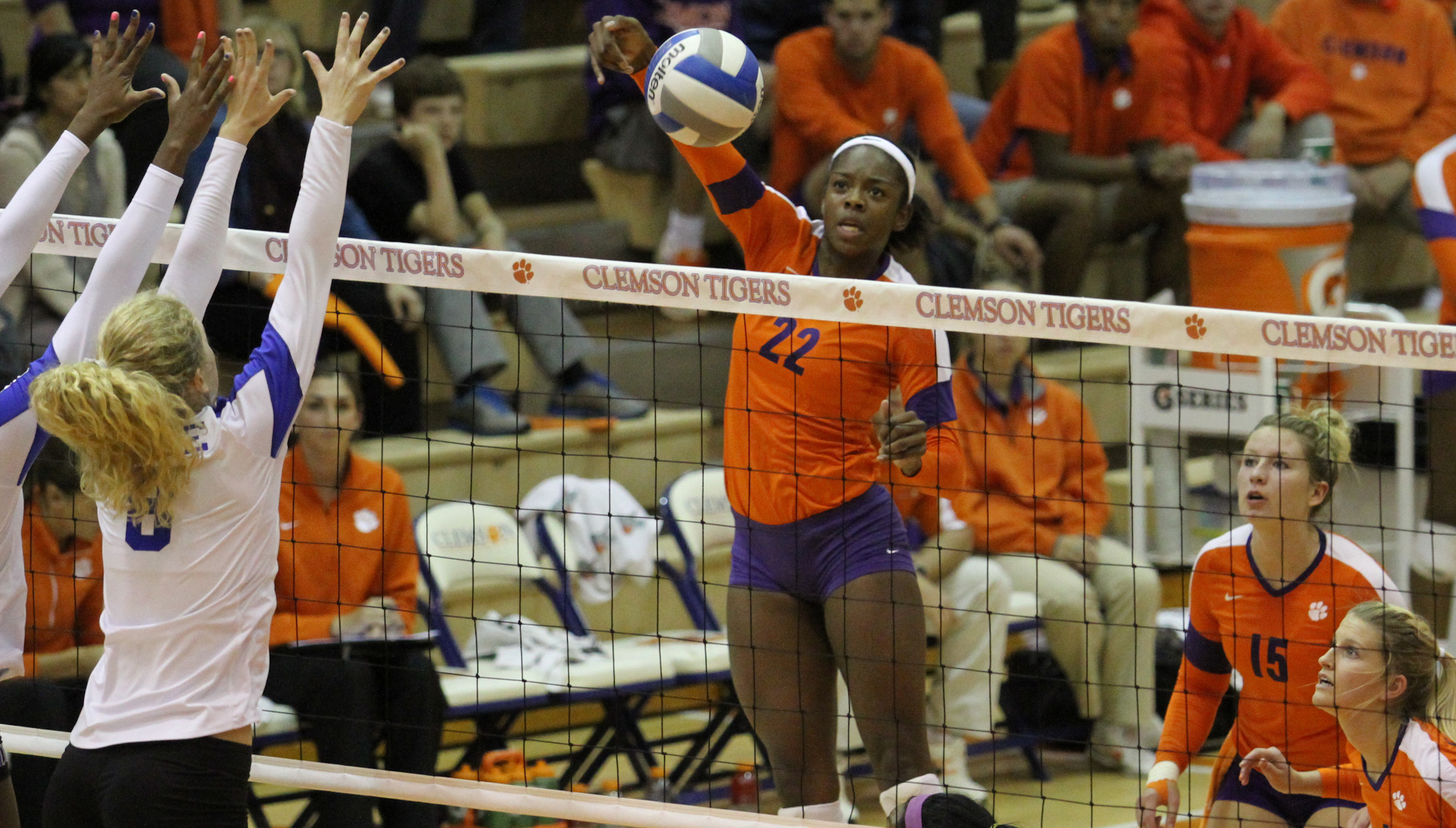 The Tigers used size to their advantage in both matches, tallying 13.0 blocks against the Panthers and 11.0 against the Spartans. Beta Dumancic added seven in each match, while totaling 18 kills against just two errors in 32 swings on the day.

The Clemson defense was smothering, as neither opponent was able to register more kills than errors. In total, Clemson allowed 41 kills while forcing 44 errors, 24 of which came on the aforementioned blocks. They also allowed only two aces in 85 chances, a .977 rate.

Mo Simmons led the Tigers with 27 kills, 15 digs, and seven aces on the day, while Kalah Jones had 18 kills and 15 digs in the two matches. Niki Collier had 28 digs from the libero spot to lead all players, including 16 in the second match.

In the first match, Clemson had three players with double-figure kills, while the team hit .326 in the second match in a well-rounded effort.