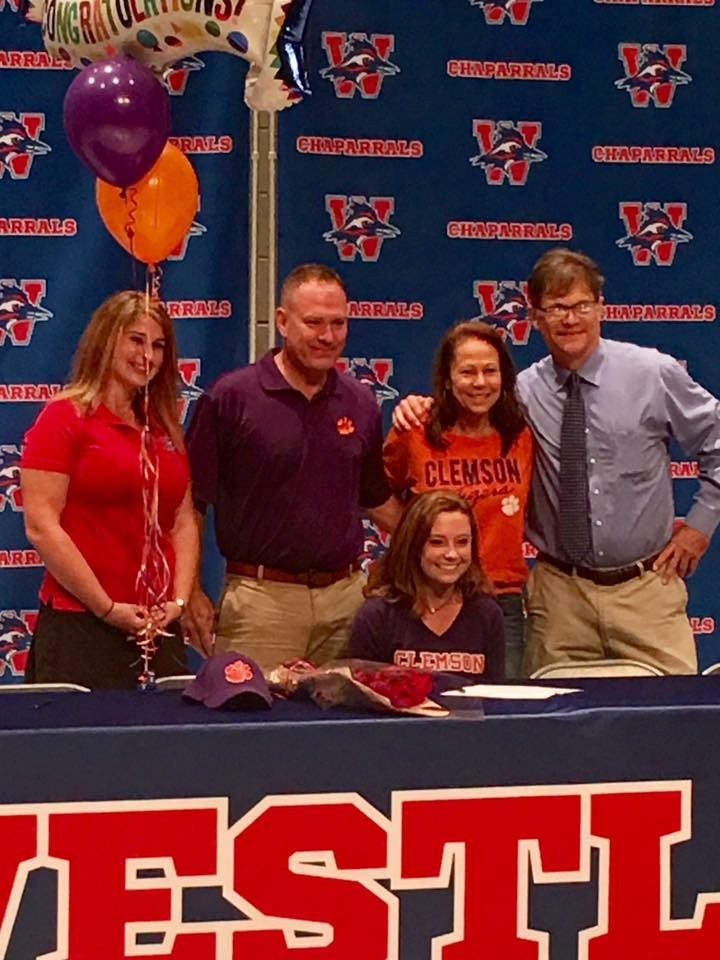 Clemson, S.C.—Clemson women’s golf coach Kelley Hester has added two players to the team roster for the second semester.   Ashley Czarnecki, a transfer from Wofford College, and Kennedy Swann, from Austin, Texas, joined the roster last week and will be eligible to play in the spring semester as freshmen.

“We are please to have both young ladies join our team this spring,” said Hester. “Ashley was the 2015 South Carolina Junior Golf Association Player of the Year and has had great success in junior golf in this state. Kennedy is the No. 3 ranked player in Texas and brings national competitive experience to our lineup.   Both players add depth to our team roster and lineup and will help offset the loss of Sloan Shanahan, who graduated in December.”

Czarnecki comes to Clemson as a transfer from Wofford College in Spartanburg.   She played in three tournaments in the fall for the Terriers and had a season best 70 at the Lady Paladin Invitational. She had a top 25 finish at the Terrier Invitational as well.

A four-year Academic All-State selection, she was the number-one player on the Westlake High School team all four years of her high school career.   She also won the TJGT Sportsmanship Award in 2016.

Swann has considerable experience in national AJGA Tournaments. She recorded six top 10 finishes in her 14 AJGA events over the last two years, and had consecutive 16th-place finishes at the AJGA National Girls Tournament.