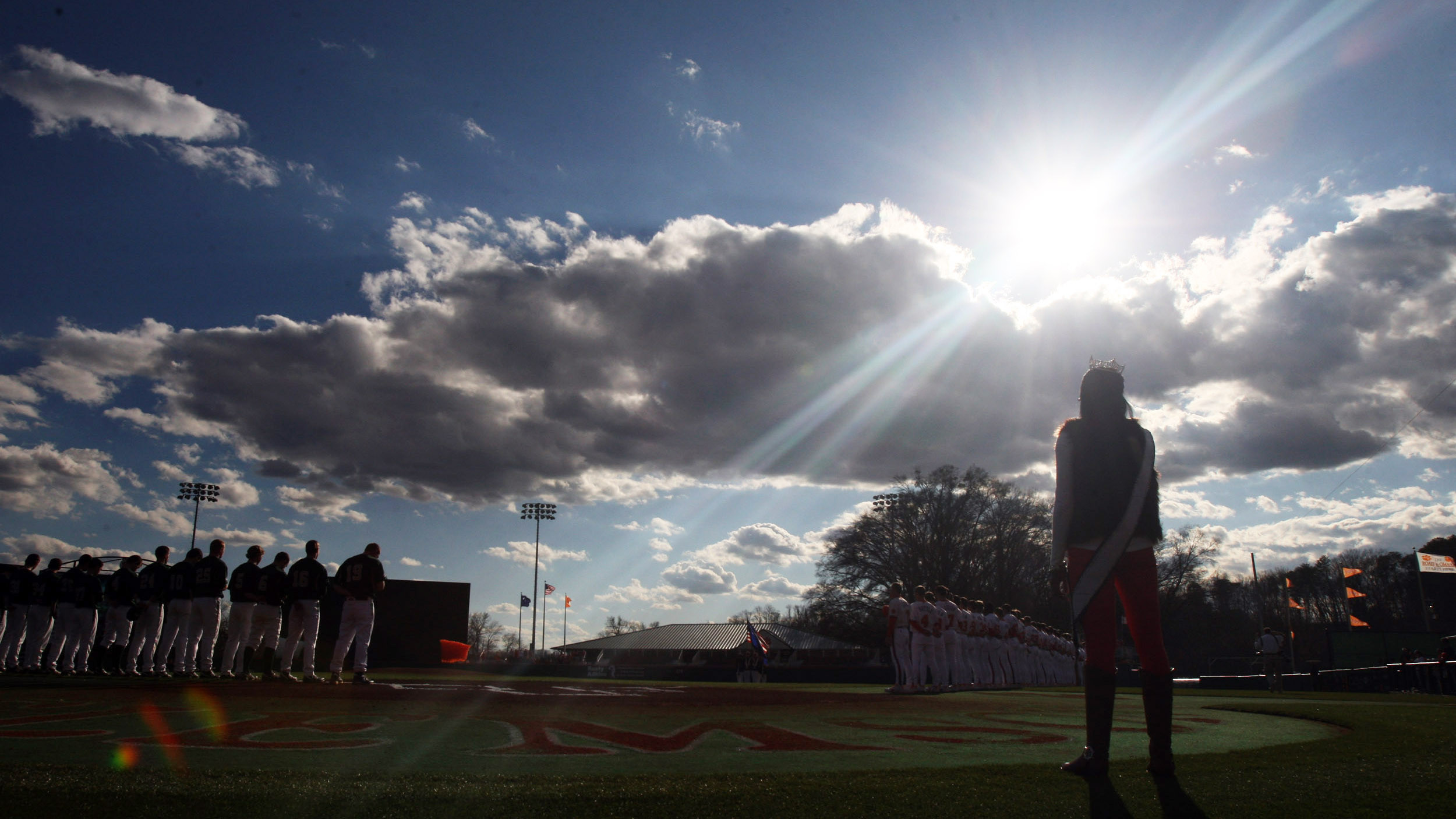 William & Mary totaled 16 hits to defeat Clemson 11-2 at Doug Kingsmore Stadium on Saturday afternoon.  The Tribe, who evened the series 1-1, improved to 1-1 on the season.  The Tigers dropped to 1-1.  It was William & Mary’s first-ever win over Clemson in five all-time meetings.

The Tribe broke the game open with three runs in the third inning, two runs in the fourth inning, and two more runs in the fifth inning.  In all, William & Mary combined to score its 11 runs in five different innings.  In each of those five innings, the Tribe’s leadoff batter was retired.  Therefore, William & Mary was able to string together hits on a consistent basis.

Starter John Farrell (1-0) earned the win by tossing 7.0 effective innings.  He allowed nine hits, two runs, and one walk with four strikeouts.  J.T. Castner and Mitchell Aker both pitched a scoreless inning to close out the game.

Sophomore Patrick Andrews (0-1) suffered the loss in his first career start.  He yielded five hits, four runs, and one walk with three strikeouts in 3.0 innings pitched.  Six pitchers in all took the mound for the Tigers, including freshman Clate Schmidt, who pitched the final 2.2 innings without allowing a run.

William & Mary scored its first run in the series in the first inning.  Ryan Brown drew a one-out walk and scored when Ryan Lindemuth grounded a 1-2 pitch over the first-base bag for a double.

In the third inning, William & Mary used a hit-by-pitch followed by four straight singles to score three runs.  Kevin Nutter reached on a hit-by-pitch with one out, then Brown singled through the right side.  Lindemuth loaded the bases with a single to right field on an 0-2 pitch.  Michael Katz followed with a single down the right-field line to score Nutter and Brown.  William Shaw then grounded a 1-2 pitch through the right side for a single to plate Lindemuth and increase the Tribe’s lead to 4-0.

In the top of the fourth inning, Thomas Pulisic was hit-by-pitch with one out and advanced to second on Derek Lowe’s groundout.  Nutter then grounded a two-out double over the third-base bag to score Pulisic.  After Brown walked and Lindemuth loaded the bases with an infield single, Katz walked on six pitches to plate Nutter.

Clemson finally answered with a run in the bottom of the fourth inning.  Steven Duggar led off with a double over the third-base bag and Steve Wilkerson followed with a single through the right side.  Shane Kennedy then ripped a single to left field to score Duggar.

In the fifth inning, Ryan Williams slapped a one-out single to right field and Pulisic singled to left field.  After both runners moved up a base on Lowe’s groundout, Williams scored on Nutter’s infield single with two outs.  Brown followed with a single down the right-field line on a 1-2 pitch to plate Pulisic.

After Clemson escaped a no-out, bases loaded jam without allowing a run in the top of the sixth inning, the Tigers cut into the Tribe’s lead in the bottom of the sixth inning.  Kennedy led off with a single to center and advanced to second on Jon McGibbon‘s groundout.  Jay Baum laced a single through the left side, then Tyler Krieger lined a single to score Kennedy.  It was Krieger’s first career hit and RBI.

William & Mary kept the pressure on in the seventh inning.  Nutter drew a one-out walk and Brown singled to right field.  After Lindemuth walked on four pitches to load the bases, Nutter scored on a wild pitch.  Katz bounced a single through the right side to plate Brown, then Lindemuth scored after a ball hit by Shaw was booted at home by the catcher.

Kennedy and Baum had two hits apiece to pace the Tigers, who had 10 hits in the contest.

Clemson and William & Mary will play game-three of the three-game series at Doug Kingsmore Stadium on Sunday at 1:00 PM.