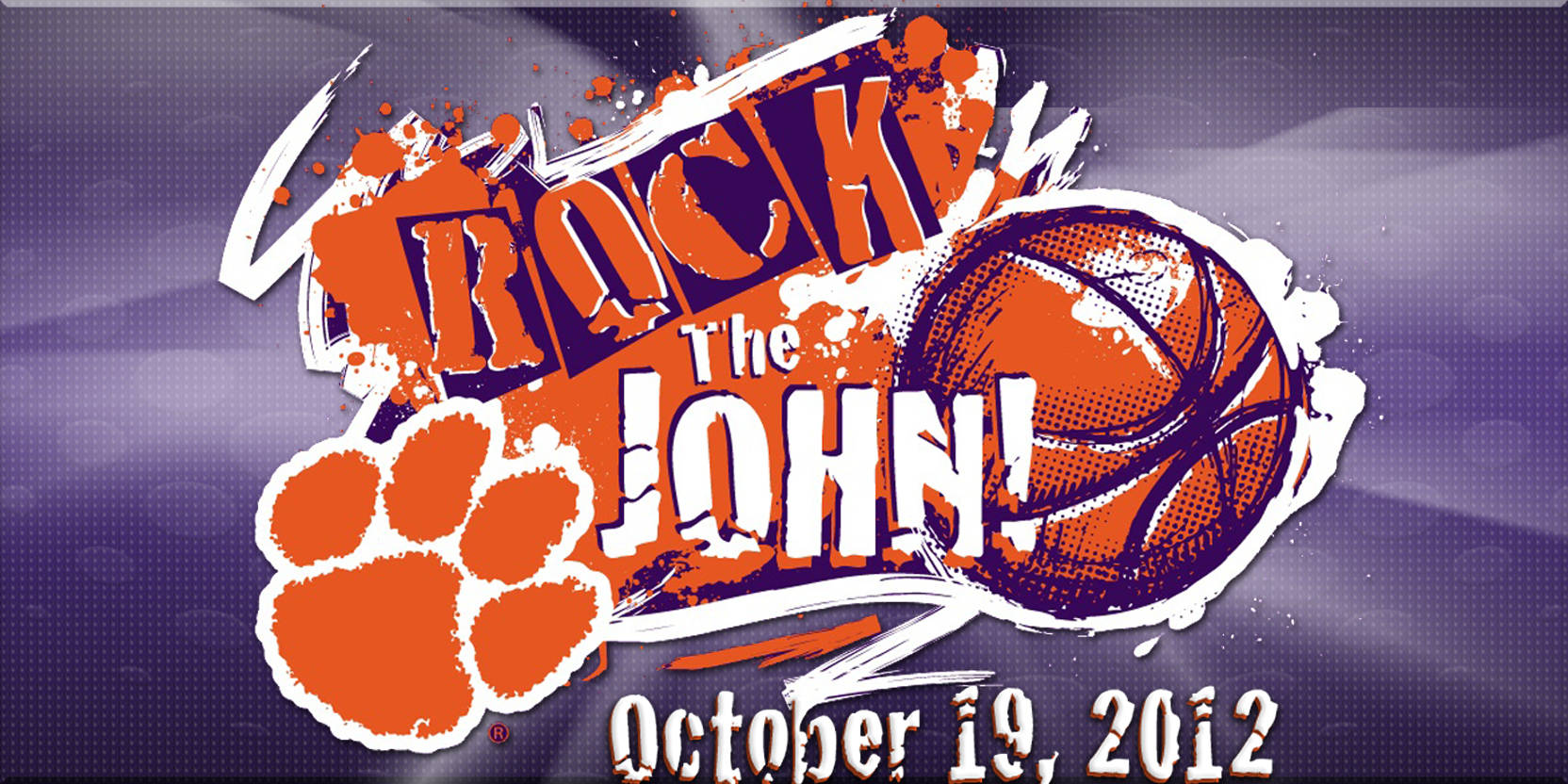 Tip Off the 2012-13 Basketball Season with Rock the ‘John

Join the men’s and women’s basketball teams as they tip off the 2012-13 season in Littlejohn Coliseum on Friday, October 19th at 8:00 PM for the fourth annual Rock the ‘John.  Admission is free and doors will open for the event at 7:30 PM.  Fans are urged to arrive early, as the first 500 in attendance will receive a free Rock the ‘John t-shirt. The first 500 fans will also receive a voucher to be filled out and redeemed in the concourse at the tables across from guest services. Other giveaways will be available at the gates as well, as everyone will get the chance to get their hands on the new schedule posters for each team, as well as schedule cards and key tags.

Fans can expect an exciting night from start to finish with performances from Tiger Band, cheerleaders and Rally Cats, and the Air Elite trampoline dunk team.  Fans can also expect to see each team in action, with the women putting on a short exhibition showcasing practice drills and the men taking the floor for a short scrimmage.

The opportunity to win great prizes will be available as well, including $5,000 and a grand prize of $25,000!  For a chance to win these great prizes, fans are urged to be active through social media during the event, whether it be Facebook, Twitter or by checking in to the venue on Foursquare.   The official hashtag for Rock the ‘John on Twitter will be #RTJ. A fan who uses the #RTJ hashtag will be selected by Clemson Athletics, and will have the opportunity to win $5,000 at the event.  Those that are active throughout the night on social media could have their tweets or Facebook comments displayed on the upgraded HD video board, and can take home a great selection of prizes, including the grand prize of $25,000!

The night will conclude with an autograph session with all players from both teams immediately following the event.  The autographs will be held on the concourse level of Littlejohn Coliseum.