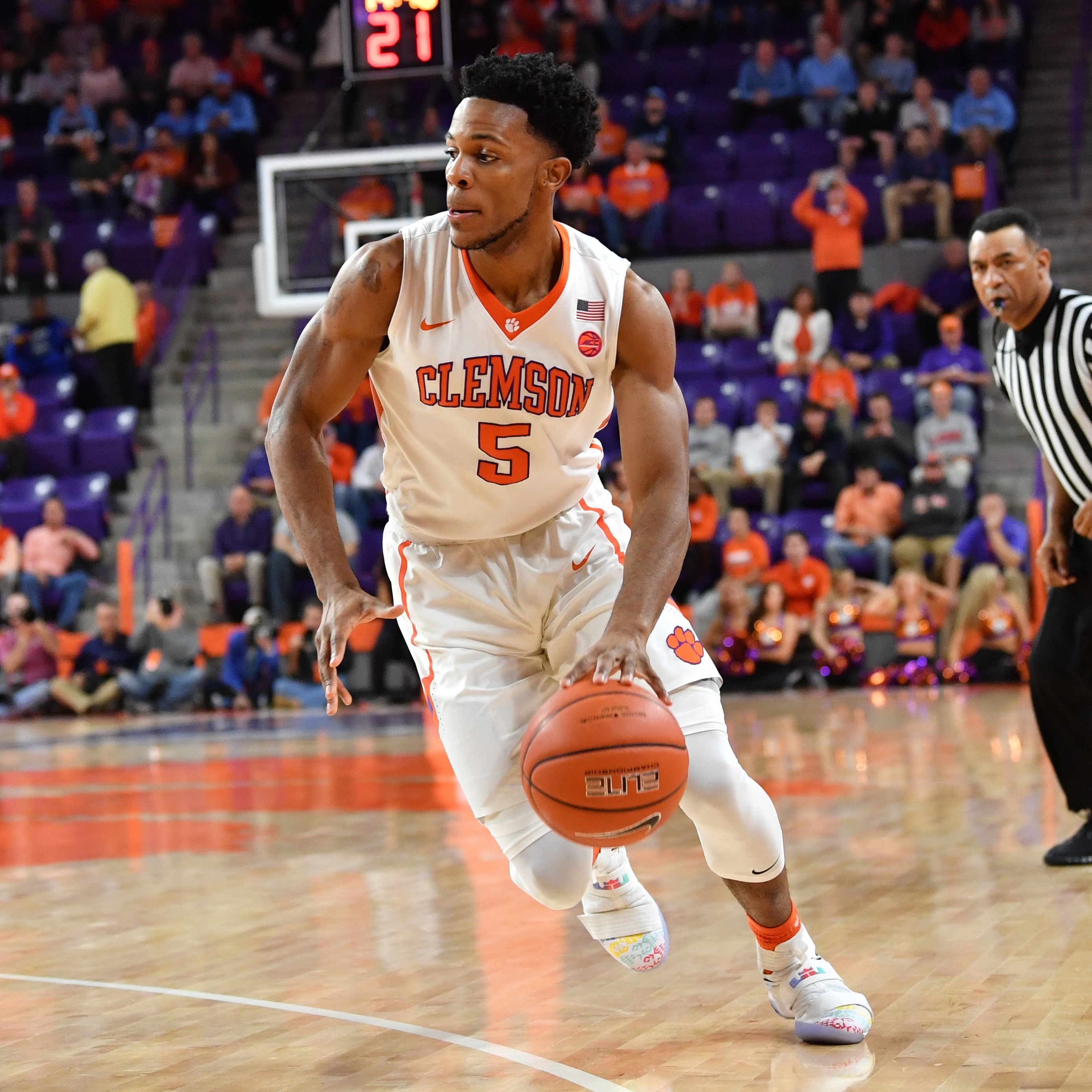 PITTSBURGH — A 10-0 spurt out of halftime propelled Clemson to a 67-60 road win over Pittsburgh in Petersen Events Center on Saturday. The win, the program’s second straight at Pitt, stopped a losing skid and moved the Tigers to 12-8 on the season, 2-6 in the ACC. The Panthers fell to 12-9 overall, 1-7 in league play.

“We had a lot of guys make tough plays to help us win today,” said head coach Brad Brownell, who tied Oliver Purnell for second in Clemson history with his 54th ACC win. “We had time to regroup a little bit, and the time off really helped us. We really went back and instilled some defensive principles, and I was proud of our effort contesting shots today.”

The Tigers held Pitt to just 18 percent in the second half and 33 percent for the game. Clemson shot 52 percent, its high in an ACC game this season. The Tigers won the rebounding battle, 36-34, while committing just nine turnovers.

Jaron Blossomgame scored his ACC high for the season, posting 25 points to lead all players Saturday. The Clemson graduate was terrific, converting 10 of 14 field goals, matching a career-high with four behind the arc. He became the 11th player in Clemson history to score at least 1,500 points over a career. Shelton Mitchell offered 12 points, six assists and no turnovers in 34 minutes from the point guard position.

Clemson controlled the pace and scoreboard for the opening eight minutes. Blossomgame hit consecutive three-pointers right off the bat, jump-starting his big day. He hit a jumper later in the half to give Clemson a one-point edge at 28-27, but Pitt countered the final 4:40 of the opening frame with a 9-3 run to head into the locker room with a five-point edge. Artis hit a deep three with the shot clock winding down in the final seconds to provide the momentum.

Pitt made 13 of 15 free throws in the second frame, and survived Clemson’s initial onslaught and pulled within three at 60-57. But Gabe DeVoe hit two key buckets, first a baseline jumper and the second off a rebound putback. Marcquise Reed, who played two seasons ago at Robert Morris just down the road, slammed the door with a weaving layup with 36 seconds to play, giving the Tigers a 66-60 edge. Reed posted 10 points off the bench.

The Tigers return to Littlejohn Coliseum on Wednesday, Feb. 1 to take on Georgia Tech. The Yellow Jackets won the first meeting in Atlanta, 75-63.