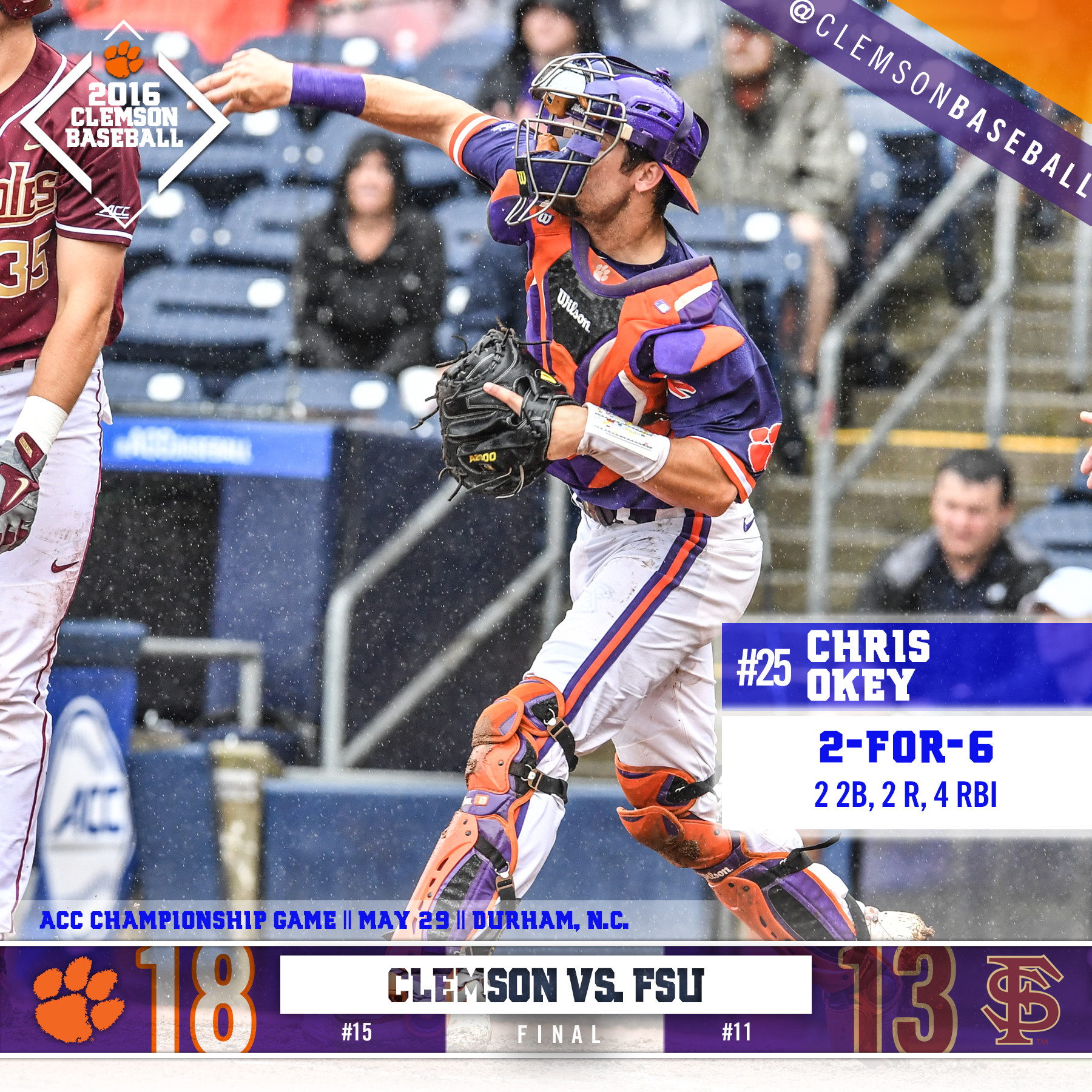 DURHAM, N.C. – The No. 15 Clemson Tigers scored 18 runs in the first four innings and held on for an 18-13 victory over No. 11 Florida State to win the ACC Championship at Durham Bulls Athletic Park on Sunday. The Tigers, who won their ninth game in a row and finished 4-0 in the ACC Tournament, improved to 42-18 on the season. It was also Clemson’s 15th ACC championship, 10th ACC Tournament title and first since 2006. The Seminoles dropped to 37-20 and ended 3-1 in the ACC Tourney.

Tiger reliever Alex Bostic (4-2) earned the win by tossing 4.0 innings, allowing one hit, no runs and three walks with eight strikeouts. Ed Voyles (1-2) suffered the loss, as he gave up one hit, six runs (one earned) and two walks with two strikeouts in 1.0 innings pitched in a game that had three weather delays lasting a combined four hours and 48 minutes.

The announcement of the 16 NCAA regional host sites is Sunday at 8:30 p.m. The NCAA Selection Show is Monday at noon on ESPNU.