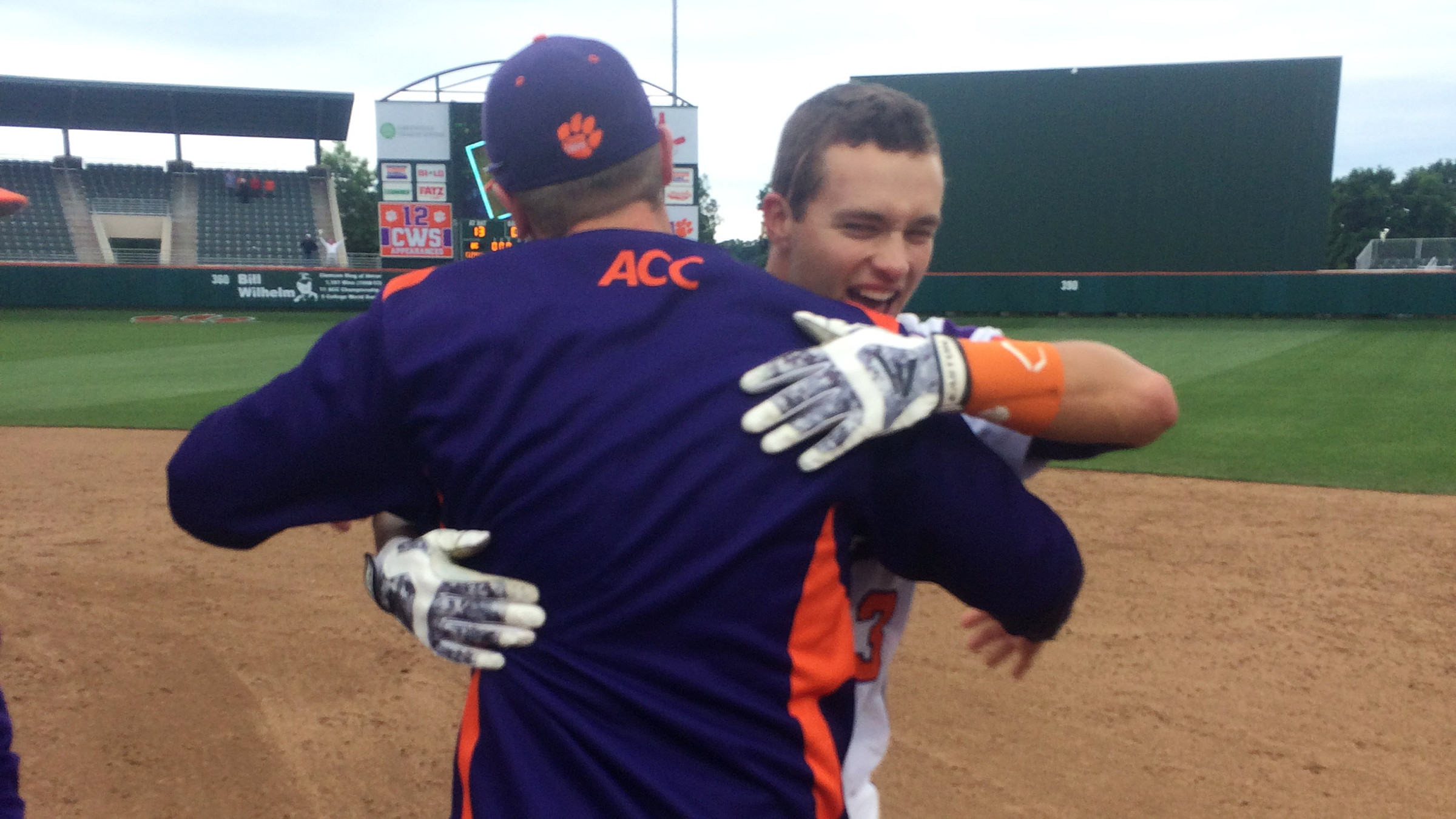 CLEMSON, S.C. – Jay Baum‘s double to right-center on an 0-2 pitch with two outs in the 13th inning plated Garrett Boulware for the walkoff run in Clemson’s 10-9 victory over Boston College at Doug Kingsmore Stadium on Saturday afternoon. The Tigers (34-22, 15-14 ACC) won the series 2-1 against the Eagles, whose season ended at 22-33 overall and 10-20 in the ACC.

Clemson finished with a winning ACC regular-season record for the 20th time in Head Coach Jack Leggett‘s 21 seasons as head coach at Clemson thanks in large part to the Tigers’ five-run ninth inning, including four runs with two outs, that tied the score 9-9 after Clemson trailed 9-2 in the seventh inning.

“It shows the character of this team and that they are never going to give up,” said Leggett. “Our guys battled. We scored five runs and four with two outs in the ninth inning. Jon McGibbon came up with a huge hit to clear the bases and tie the score.

“Matt Campbell came in and pitched his heart out. A lot of good things happened today, and I am proud of how our players battled and how tough they were.”

With two outs and no runners on base in the first inning, Boston College tallied three hits and a walk to score three runs, highlighted by Tom Bourdon’s two-run single. After Steven Duggar‘s two-out, run-scoring double in the third inning, the Eagles scored single runs in the fourth, fifth and sixth innings along with three runs in the top of the seventh inning to build a 9-2 lead.

But Clemson scored two runs in the bottom of the seventh inning and five runs in the ninth inning, capped by McGibbon’s two-out, three-run double, to tie the score 9-9. After both teams were scoreless in the 10th, 11th and 12th innings, Garrett Boulware lined a two-out single to right. Baum then came through with a double in the right-field gap and Boulware slid home just ahead of the throw on the walkoff hit, Clemson’s first of 2014.

Campbell (4-0) earned the win by pitching a career-long 5.0 innings. He gave up just one hit, no runs and three walks with five strikeouts. John Gorman (3-8) suffered the loss.

With the win, Clemson avoided the play-in game and earned the No. 5 seed for the ACC Tournament at NewBridge Bank Park in Greensboro, N.C. The Tigers’ first game will be either Wednesday or Thursday.