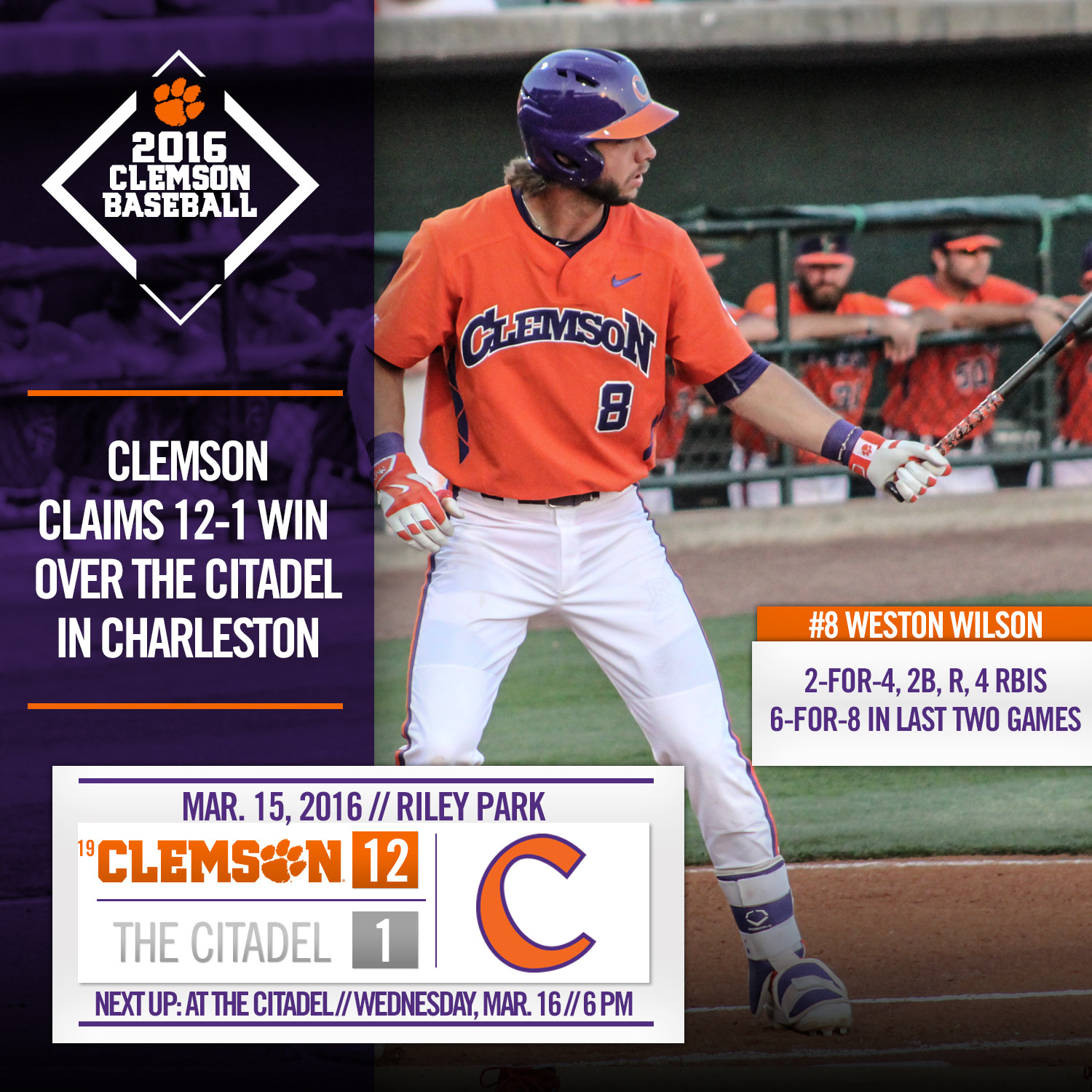 CHARLESTON, S.C. – Andrew Cox hit his first career long ball, a three-run homer in the Tigers’ six-run fifth inning, in No. 19 Clemson’s 12-1 victory over The Citadel at Riley Park on Tuesday night. The Tigers, who took a 1-0 lead in the two-game midweek series, improved to 12-3, while the Bulldogs dropped to 7-9. It was the first meeting between the two at Riley Park since 1990 and first meeting regardless of site since 2004.

Seth Beer started the scoring with a run-scoring double in the Tigers’ two-run first inning that extended his hitting streak to 13 games. Wilson hit a two-run single in the third inning, then Clemson exploded for six runs in the fifth inning. Wilson and Chase Pinder hit run-scoring doubles sandwiched around Cox’s home run. Wilson went 2-for-4 with four RBIs in Clemson’s 11-hit attack.

Tiger starter Jake Higginbotham (2-0) earned the win by tossing 5.0 scoreless innings of two-hit ball. He also struck out a career-high eight batters. The Citadel starter Alex Bialakis (0-1) suffered the loss, as he yielded four runs on four hits in 3.0 innings

Clemson and The Citadel conclude the two-game series on Wednesday at 6 p.m. Live video is available on SoCon Digital Network via a link at ClemsonTigers.com.