CLEMSON, S.C. — Led by a career performance by Hunter Tyson, the Clemson University men’s basketball team proved to be the “Cardiac Cats” on Tuesday, as the Tigers prevailed in a thriller with Wake Forest. Clemson trailed by as many as 10 points in the first half but outscored the Demon Deacons 40-31 in the second half and came away with a hard-fought 71-68 win at Littlejohn Coliseum.

Clemson (10-8, 4-4) was efficient in the shooting department on the night, registering a shooting percentage of 50. Wake Forest (9-9, 2-6) was not too far behind with a 43.9-percent shooting mark. The Demon Deacons also outrebounded the Tigers 38-32, but they were outscored 30-16 in the paint by Clemson. Furthermore, the Tigers knocked down eight 3-pointers and tabbed 12 points off turnovers.

Tyson dropped a career-high 21 points to go along with his five boards and was 9-of-13 from the floor, including a 2-for-5 mark from 3-point land. The sophomore was Clemson’s X-factor on the evening, coming up with clutch shots and pivotal rebounds on top of serving as the Tigers’ leading scorer. Aamir Simms chipped in seven points and six rebounds for the Tigers, as he surpassed 400 career rebounds. John Newman III, who reached the 250-point mark for his Clemson career, tallied nine points and seven rebounds. In addition, Clyde Trapp recorded nine points and a career-high eight rebounds. Andrien White led Wake Forest with 22 points.

On the first possession of the game, Trapp knocked down a corner 3-ball. The auspicious start for the Tigers eventually gave way to a 9-0 Wake Forest run that resulted in the Demon Deacons taking a 27-17 lead with 7:38 remaining in the first half, matching the largest lead of the game by either team. Tyson sparked a Clemson surge late in the first half with a thunderous breakaway dunk at the 1:34 mark. Wake Forest led 37-31 at the intermission after shooting 50 percent from the floor through 20 minutes of action.

A 7-0 run by the Tigers pulled Clemson to within one point of the Demon Deacons. Soon afterward, Clemson’s Tevin Mack banked in a trey to tie the game up at 49 points apiece. The Tigers’ first lead of the second half came via a layup from Tyson after he hauled in an offensive board. Curran Scott netted a pivotal 3-pointer to punctuate a 9-0 Clemson run, which culminated in Clemson garnering a 60-56 advantage with 4:35 left. Wake Forest was held scoreless for a span of 2:46 at one point down the stretch. Ultimately, the Tigers were able to stave off the Demon Deacons and win the nail-biter 71-68, extending Clemson’s winning streak versus Wake Forest to seven games.

With the triumph over the Demon Deacons in the book, Clemson has now downed all four ACC teams hailing from the state of North Carolina (Duke, NC State, North Carolina and Wake Forest) this season for the first time since the 1995-96 slate. The next game on the docket for the Tigers is a road test against the No. 6/5 Louisville Cardinals (15-3, 6-1) at the KFC Yum! Center. The contest in Louisville, Ky., is scheduled to take place on Saturday, Jan. 25, at 2 p.m. and will air on a regional sports network (RSN).

“This was a hard-fought win. I thought Wake Forest played a really good first half. Our defense wasn’t as sharp in the first half as it was in the second half. [Olivier] Saar put [Wake Forest] in a good spot in a lot of situations. The longer the game went on, the better our rhythm got. We haven’t seen much zone in a while, so it bothered us rhythm-wise. In the second half, we made an adjustment, and it worked.”

“Hunter Tyson was outstanding today, and I’m really happy for him. His 3-point shot was huge when they made a run back at us. He was really good against the zone. We were trying to drive the lane against the zone. He’s attacking the basket with more confidence. He’s finishing plays. He was a guy who we felt like would continue to get better, and he has.”

On his message to the team at halftime:

“I thought we did a good job most of the night. We executed offensively in the second half. We got in a little more of a rhythm, and guys finished plays for us, which was good to see.”

“I got going really early, and my teammates kept finding me. Coach [Brownell] put me in a lot of great positions to be able to put the ball in the basket. I’ve got to give credit to the other guys tonight because without them, I couldn’t have done what I did tonight.”

“It’s grit. That’s Coach Brownell’s word. It’s really what we want to build our program upon. I think my teammates and I just really bought into that. You see it every time out. We just keep fighting to the end, and a lot of the time, we end up fighting back and getting the ‘W.’” 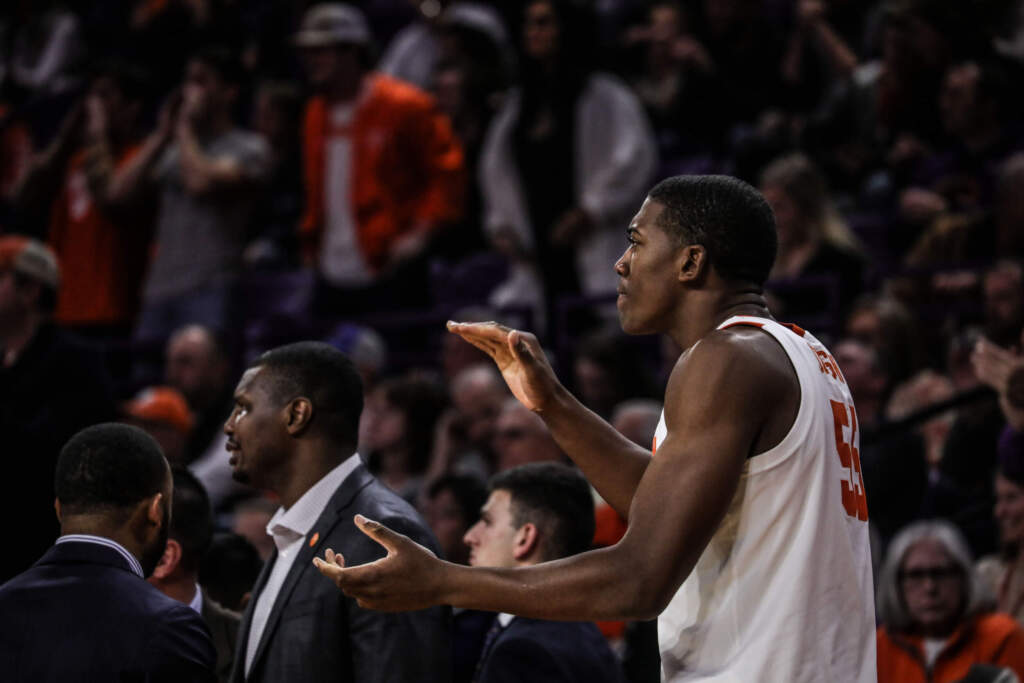 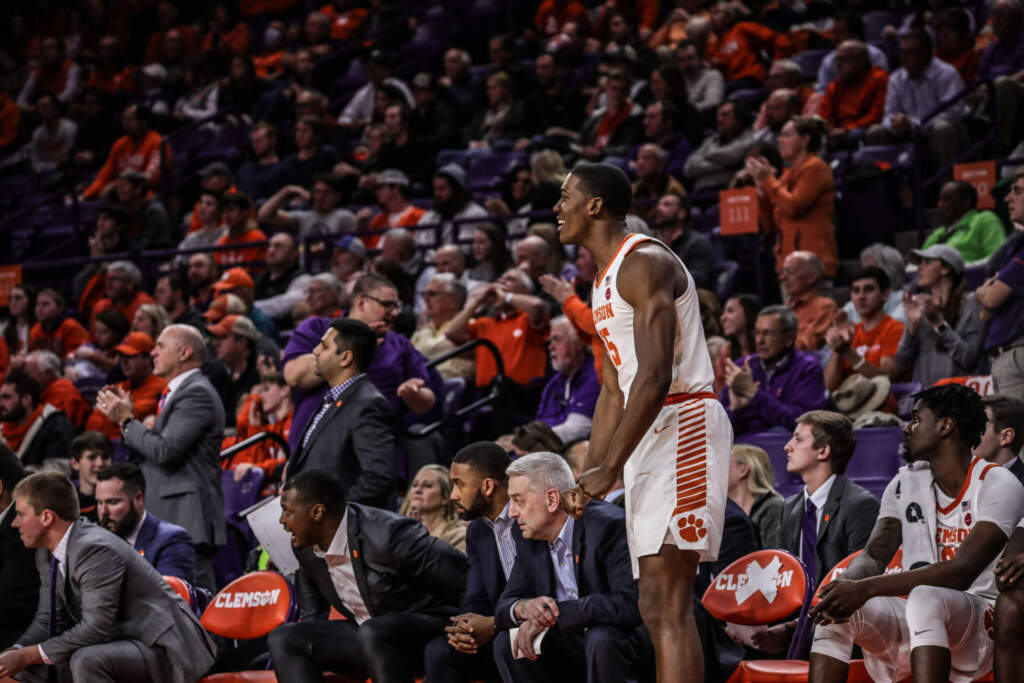 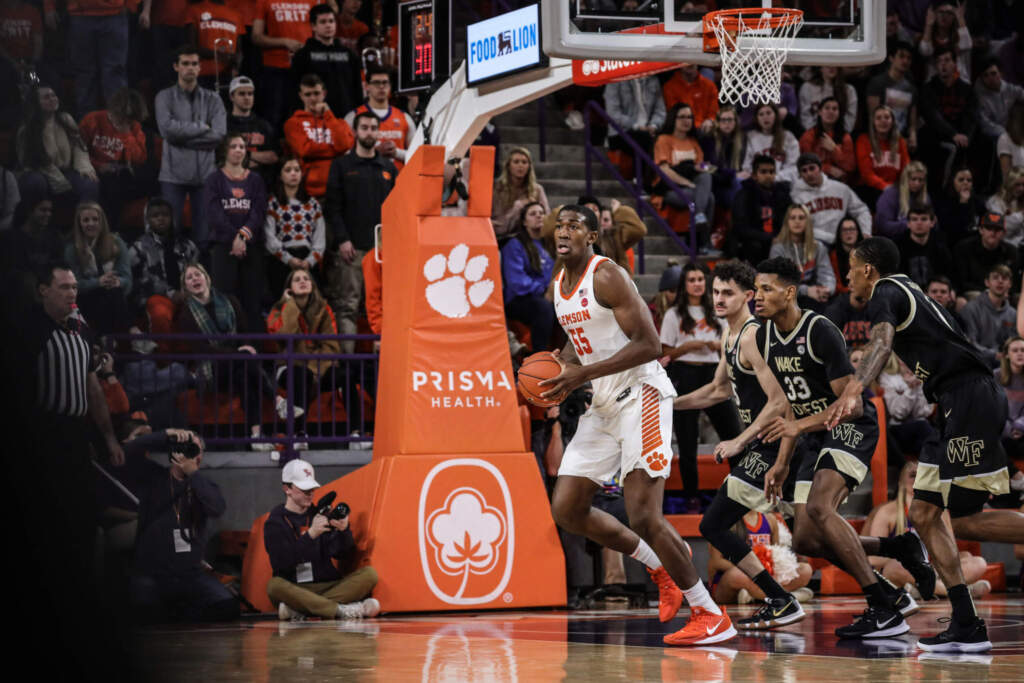 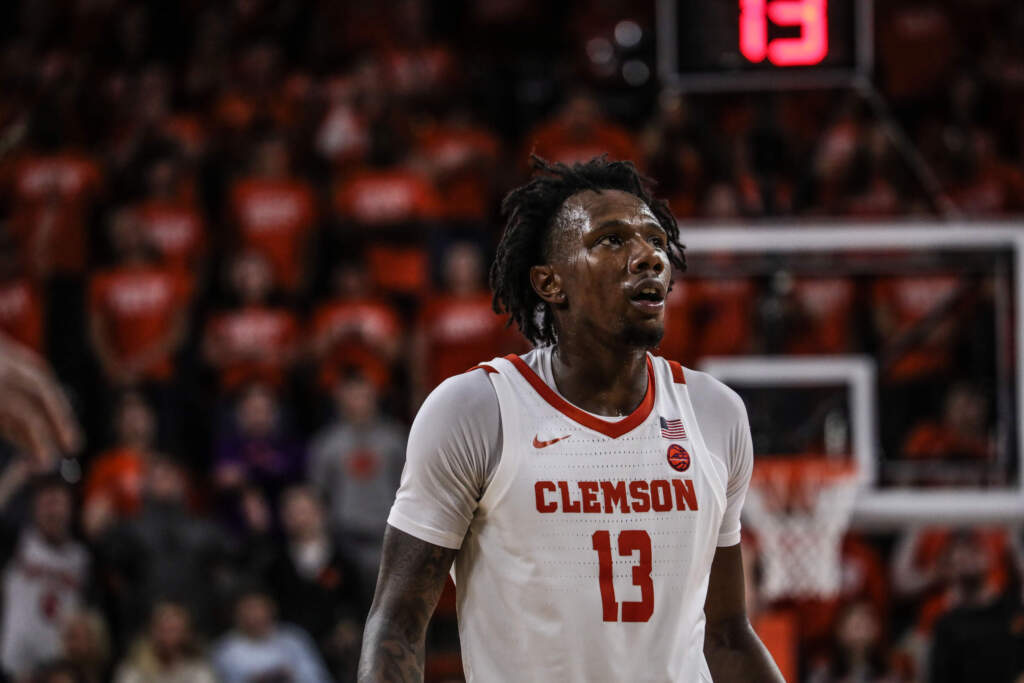 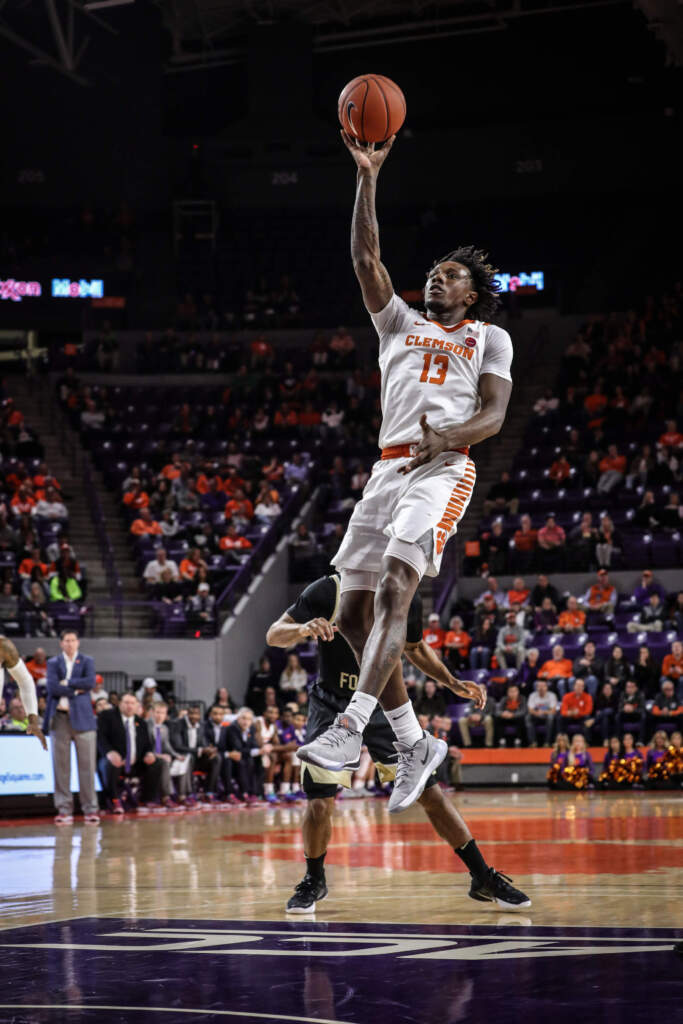 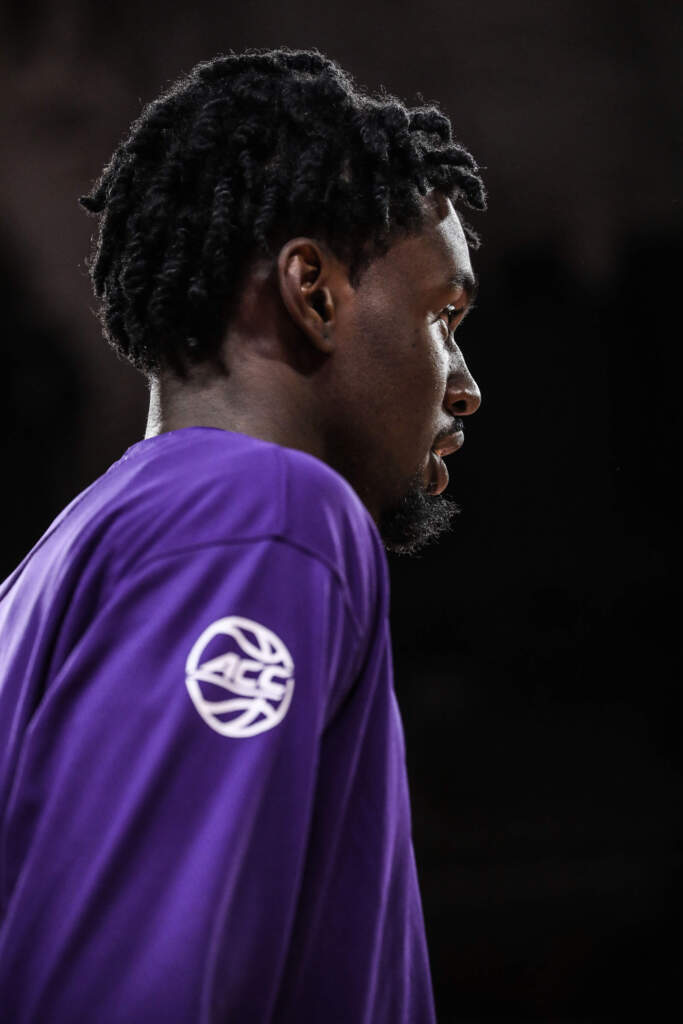 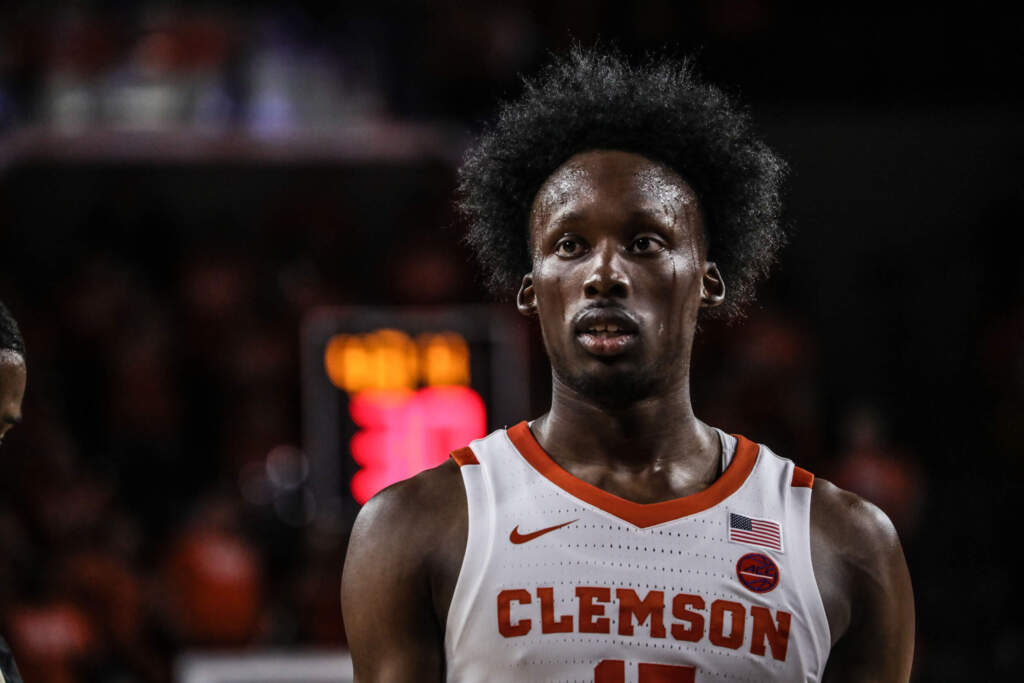 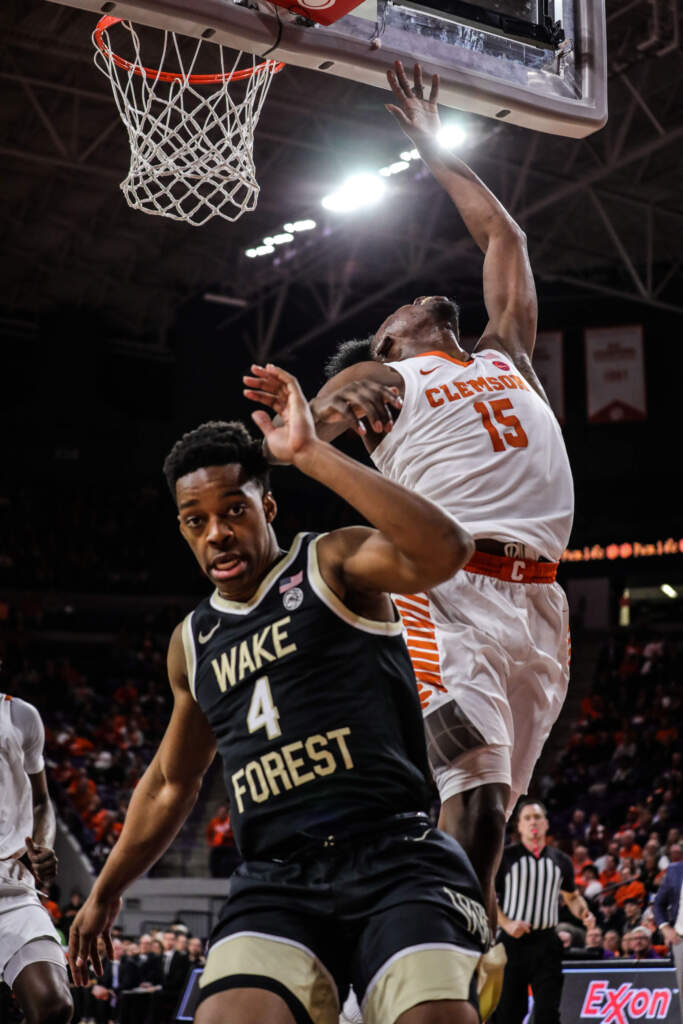 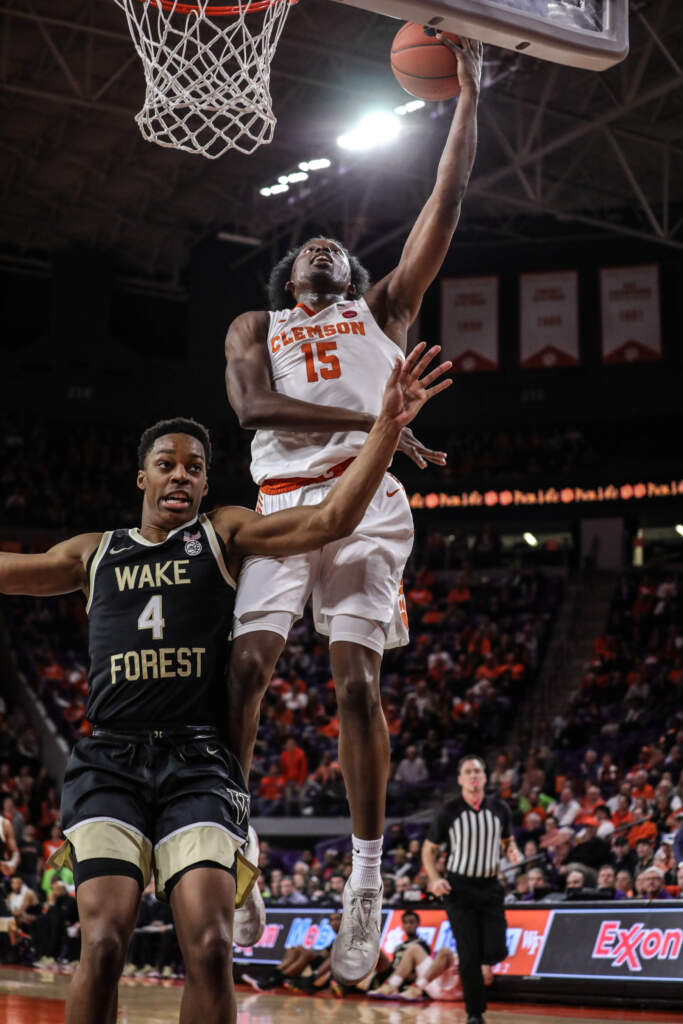 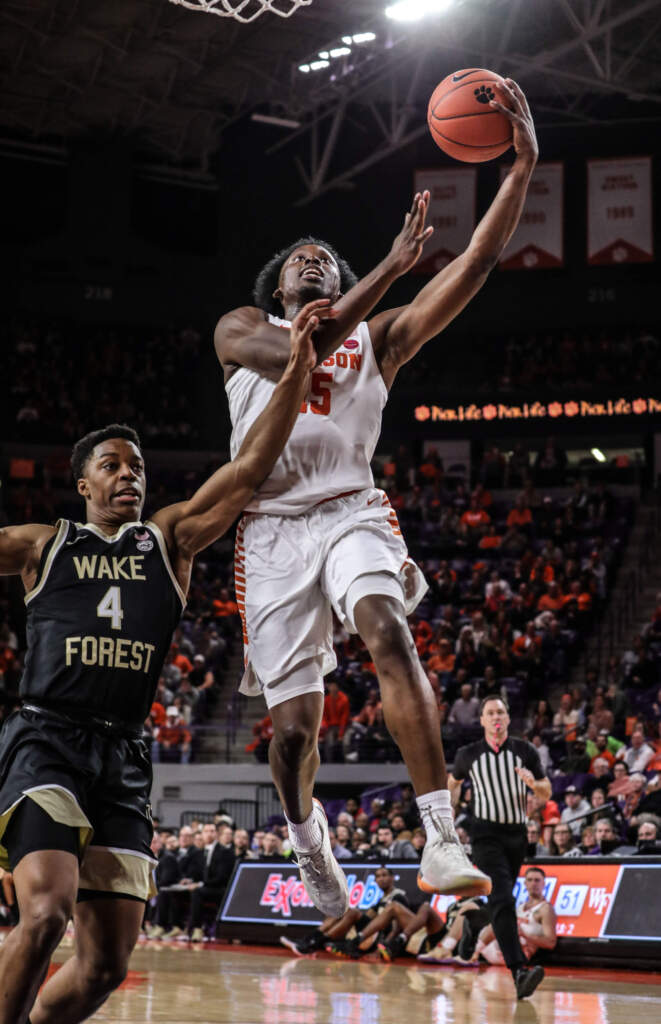