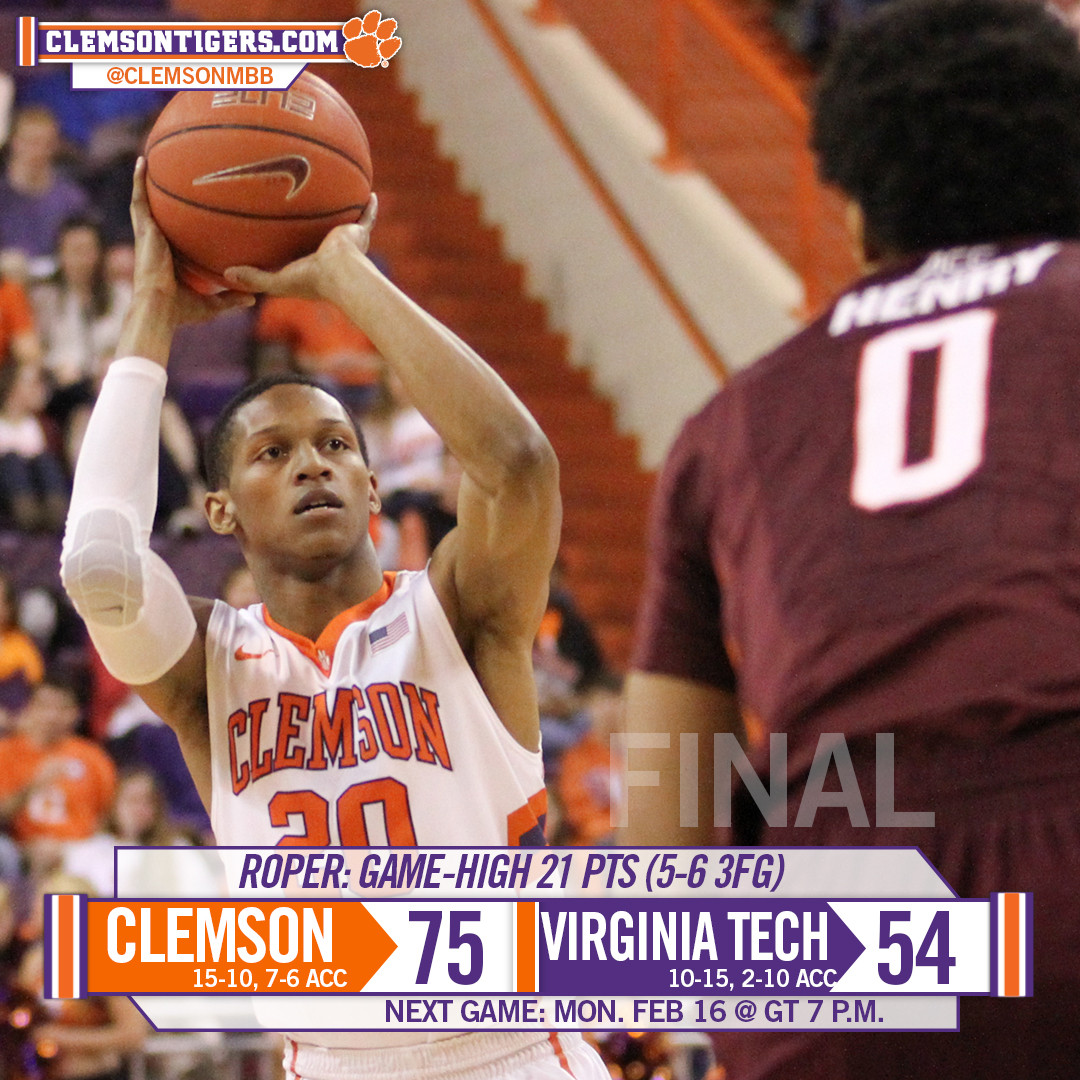 Sounds of the Game (courtesy Tony Castricone and Tim Bourret)

Jordan Roper continued his recent tear, scoring 11 of the first 13 Tiger points. The junior shot 8-of-11 from the field, connecting on five three-pointers on his way to 21 points and five assists. Roper hit his first three from behind the arc in the opening 13-2 Tiger run.

“I just saw openings,” Roper said. “I wanted to come out and be aggressive just like each game, and shots were falling. I just try and stay aggressive and play basketball because that’s what got me here.”

While Roper was hot, so were his teammates. Clemson finished with a .474 shooting percentage and made a season-high 11 from three-point range. Jaron Blossomgame added 14 points on 6-of-8 shots and also had seven rebounds. The Tigers beat the Hokies on the boards, outrebounding the visiting team 38-28.

Clemson’s performance came just four days after dropping a 60-58 heartbreaker against No. 10 Notre Dame. Head Coach Brad Brownell was impressed with the resiliency of his basketball team.

“We were down, because we knew we had a chance to win a great game, but our guys were as energized Thursday at practice as we have been anytime all year,” Brownell said. “They came in energized. The kids were locked in, so I thought we would play well today.”

The Tigers travel to Atlanta on Sunday and will battle the Georgia Tech Yellow Jackets in a 7 p.m. matchup Monday night, in a game televised by ESPNU.