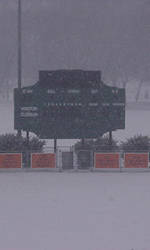 DURHAM, NC – The Clemson Tigers have been ranked second in the nation behind top-ranked Stanford in the 2002 Baseball America preseason poll the magazine announced Thursday. The preseason ranking is believed to be the highest for the Tigers, who finished the 2001 season ranked 17th by the magazine.

Clemson entered the 2001 season ranked as high as fifth and ended the season with a 41-22 record after two losses to eventual national champion Miami (FL) at the Coral Gables Super Regional last June. The Tigers are one of just six teams to advance to the Super Regional round in each of the first three years of the expanded format.

The 2002 Tigers will be guided by the return of seniors Steve Reba, a righthander who led the ACC last year in victories with a 12-3 record, and Khalil Greene, who set a school record for best fielding percentage by a shortstop, fielding .965 a year ago to break Bill Spiers’ 1987 record of .950. Reba, a 16th-round pick last June by the Oakland A’s, also led the conference in strikeouts with 103 and had a conference-best 2.58 ERA. Greene, a 14th-round pick of the Chicago Cubs, batted .303 in 241 at bats with a team-best 18 doubles and two triples. The senior was one of four Tigers to hit double-figure home runs last season, finishing with 12.

The Tigers open the 2002 campaign at home with a three-game series against Auburn at Doug Kingsmore Stadium, Feb. 22-24.