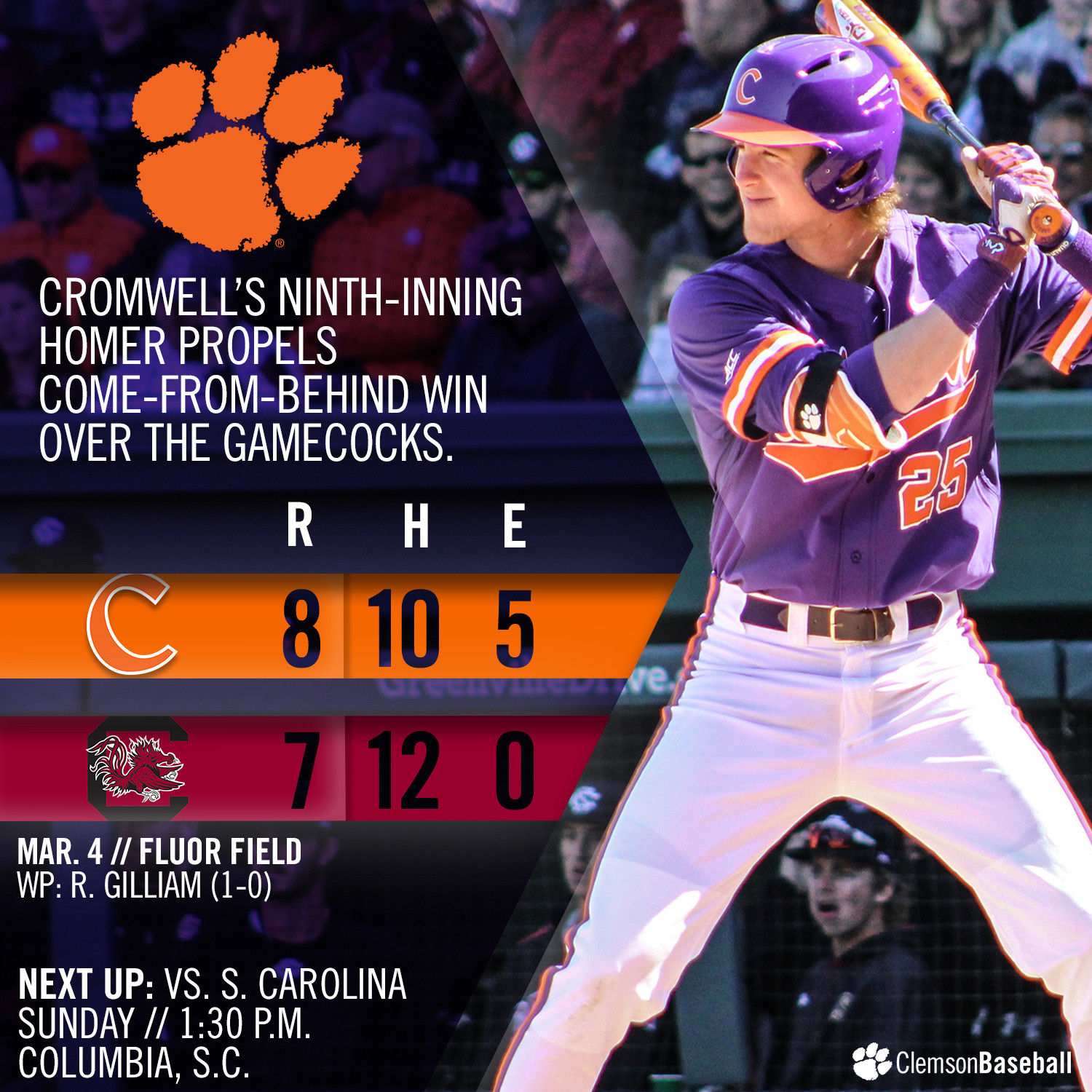 GREENVILLE, S.C. – Patrick Cromwell’s solo home run to right field in the ninth inning broke a 5-5 tie and propelled No. 12 Clemson to an 8-7 win over No. 4 South Carolina in front of a record crowd of 7,460 fans at Fluor Field on Saturday afternoon. The Tigers, who evened the series 1-1, improved to 7-3, while the Gamecocks dropped to 7-4.

Seth Beer hit a towering home run in the top of the first inning, his third long ball of the year. After Jonah Bride’s two-run homer in the fifth inning gave South Carolina the lead, the Gamecocks added a run in the sixth inning to take a 5-2 lead.

Ryley Gilliam (1-0) pitched the final 2.0 innings to record the win, while Reed Scott (0-1) suffered the loss.