Tigers Power Past Panthers in Five

PITTSBURGH, Pa. – Behind an eight-strikeout performance from Valerie Cagle and home runs from McKenzie Clark and Alia Logoleo, the No. 18/17 Clemson softball team run-ruled Pittsburgh in five innings. Following the 8-0 win, the Tigers improve to 28-10 (7-6 ACC), while the Panthers drop to 13-17 (1-10 ACC). Today’s win is also Clemson’s 16th shutout and 11th run-rule victory this year.

The Clemson bats came alive in the second inning with Marissa Guimbarda hitting a hard bouncer to Pitt’s shortstop for a base hit. Alia Logoleo followed with a walk to put two on for Bailey Taylor to find a wide-open gap in left center to bring home both Guimbarda and Logoleo with a double. Freshman Maddie Moore found the exact same spot that Taylor did for a double of her own, scoring Taylor. Cammy Pereira finished the inning hitting an RBI single down the left-field line to score Moore. Clemson held a 4-0 lead after two.

The Tigers continued to add a run in both the third and fourth innings with Sam Russ singling down the right field line to bring home Valerie Cagle in the third, and McKenzie Clark hitting a solo home run out of right field in the fourth. This was Clark’s sixth of the season.

Logoleo hit a two-run homer out of left center in the top of the fifth inning for her ninth home run of the season. She brought home Russ, who had gotten on off a fielder’s choice and then stole her 20th base of the season and 123rd of her career. With the two-run bomb, Clemson put the final touch on the 8-0 run-rule victory over Pitt.

Cagle threw her 11th-complete game and fifth solo shutout on her way to her 12th win. She faced 19 batters and didn’t give up a walk in the five-inning effort.

Clemson returns to Vartabedian Field tomorrow afternoon at 1 p.m. for the second game of the series vs. the Panthers. 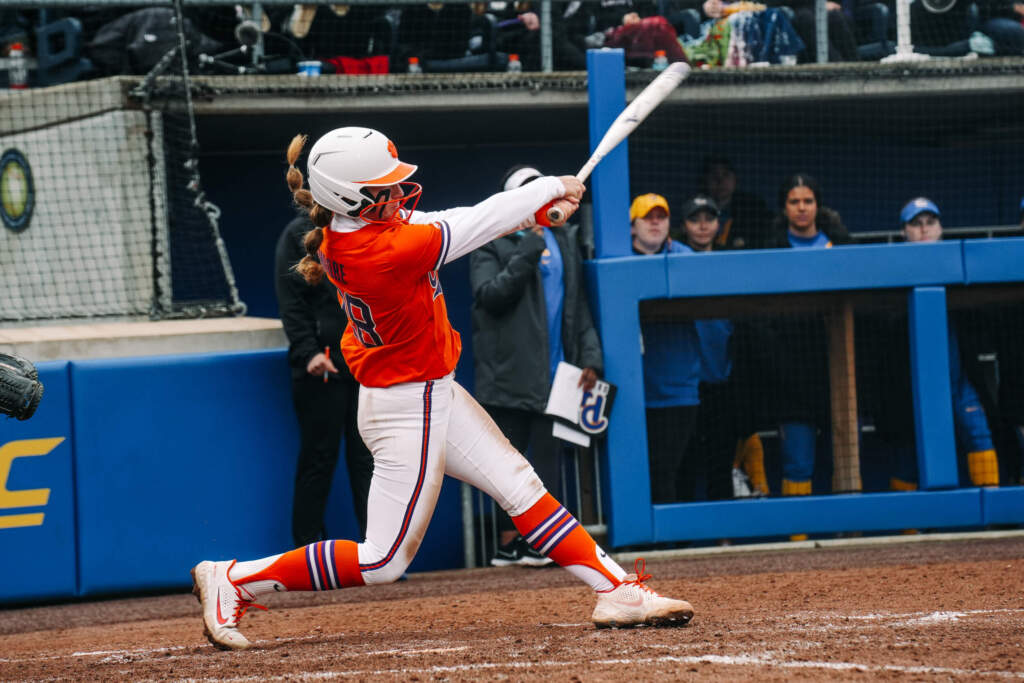 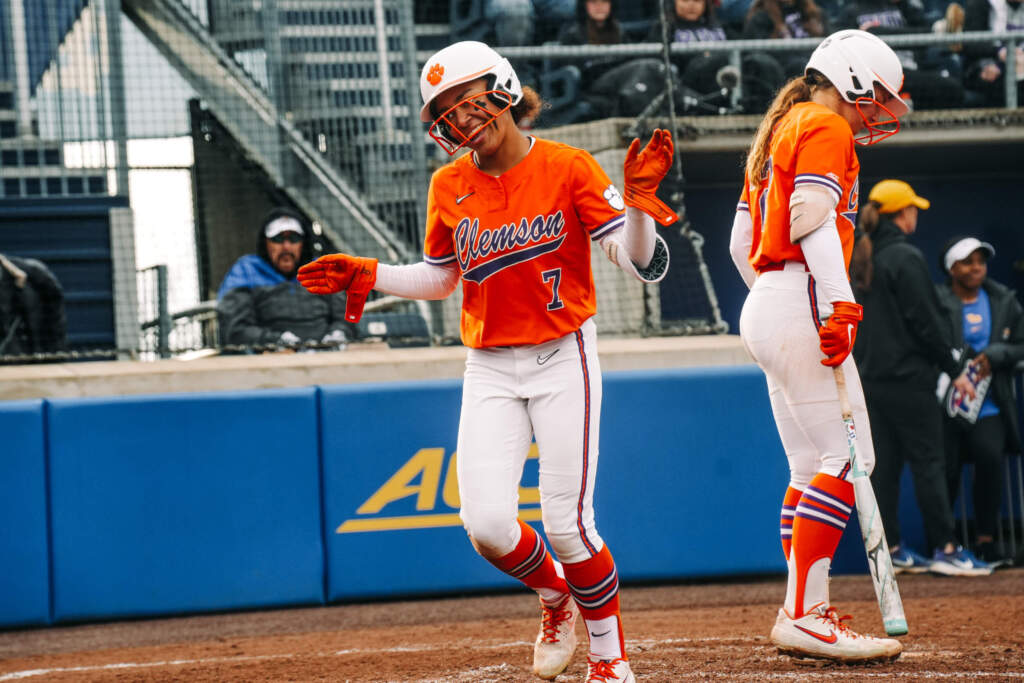 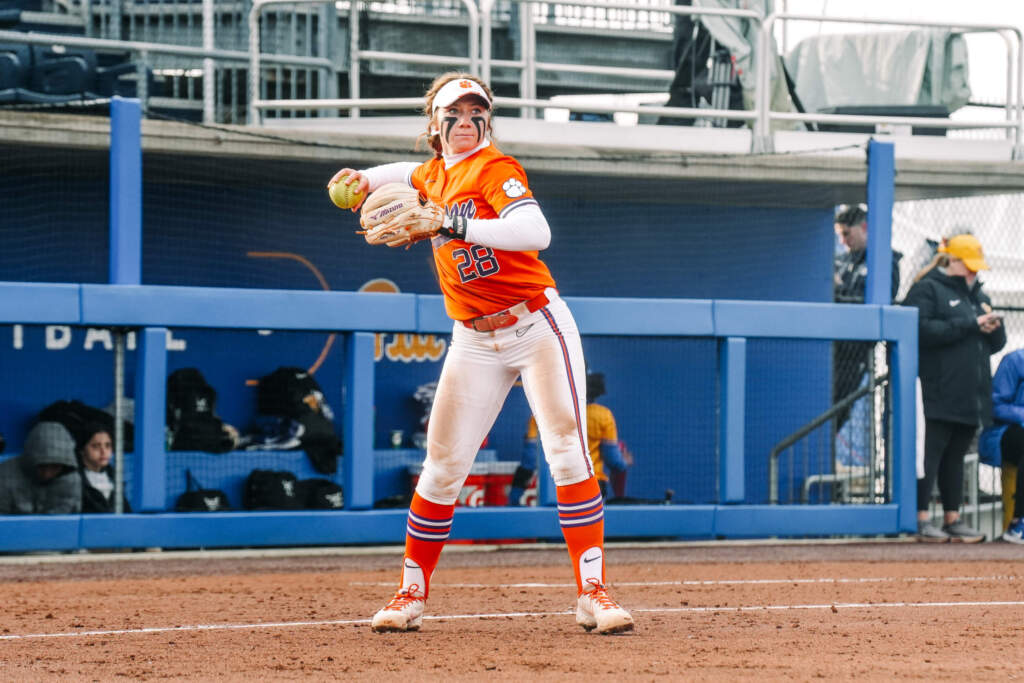 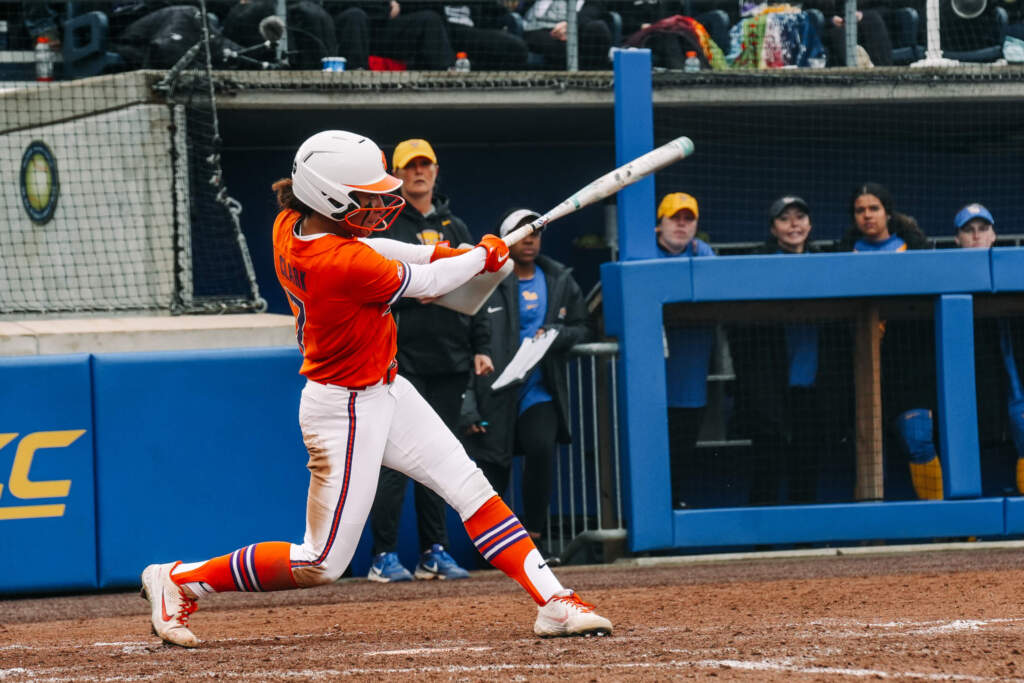 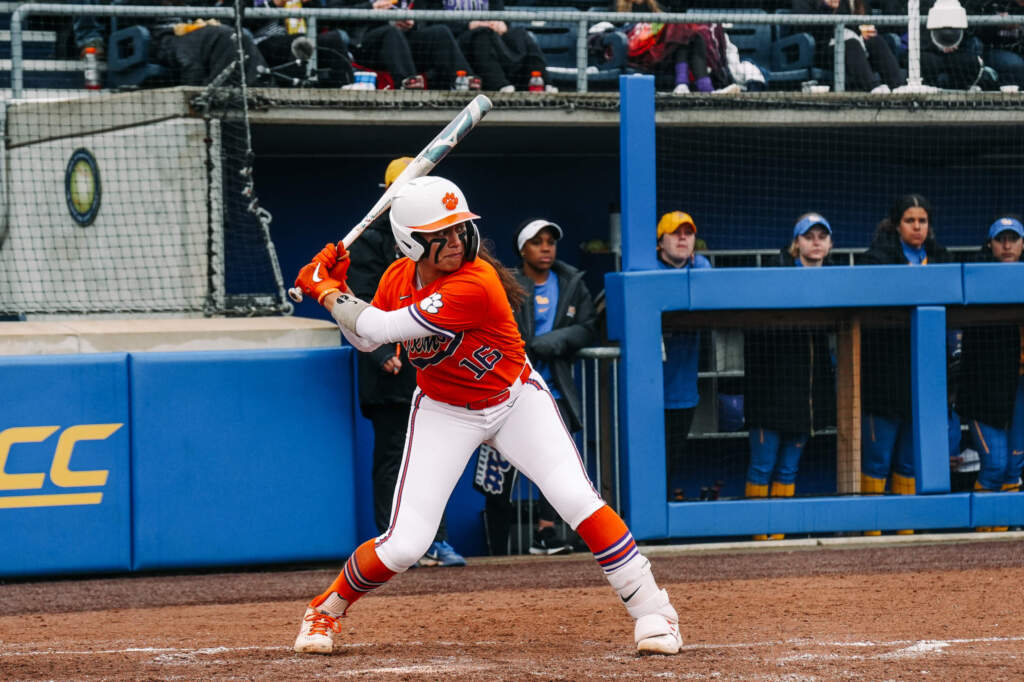 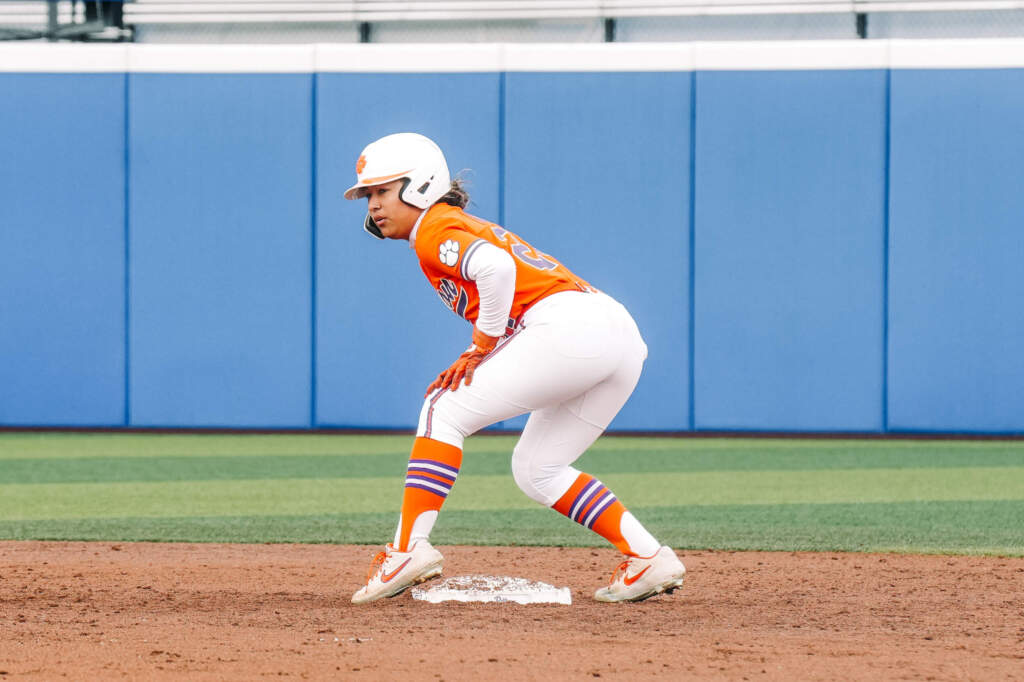 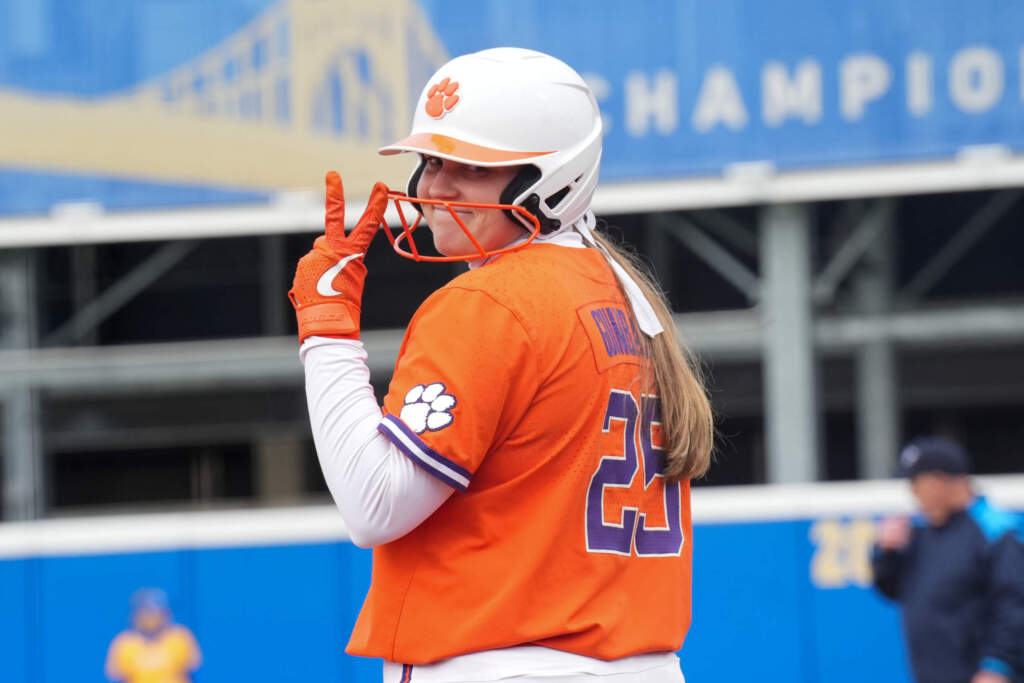 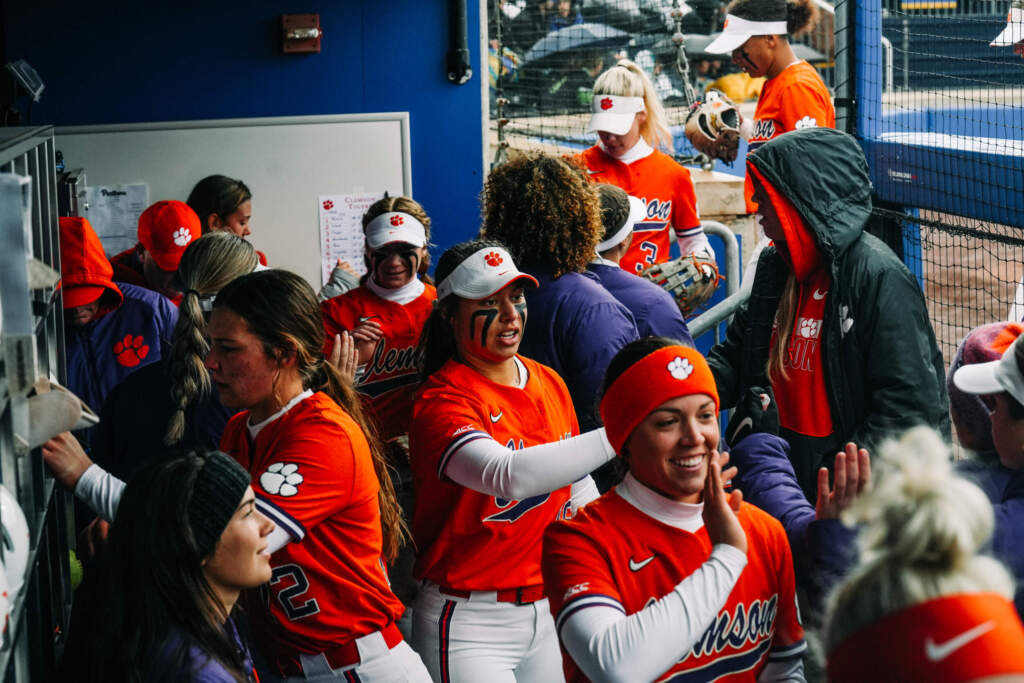 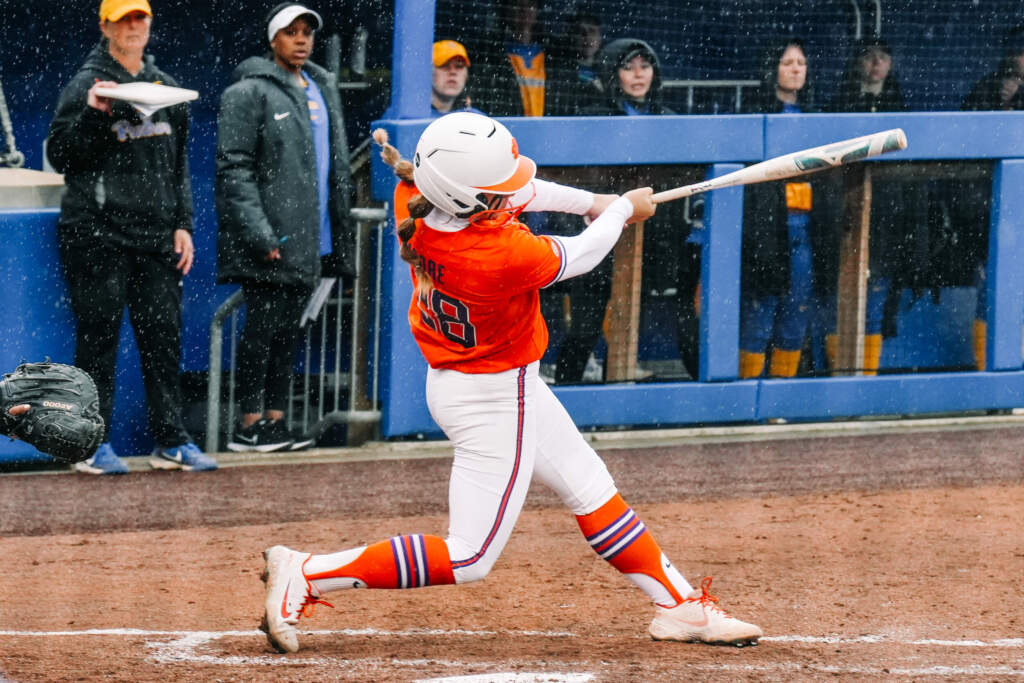