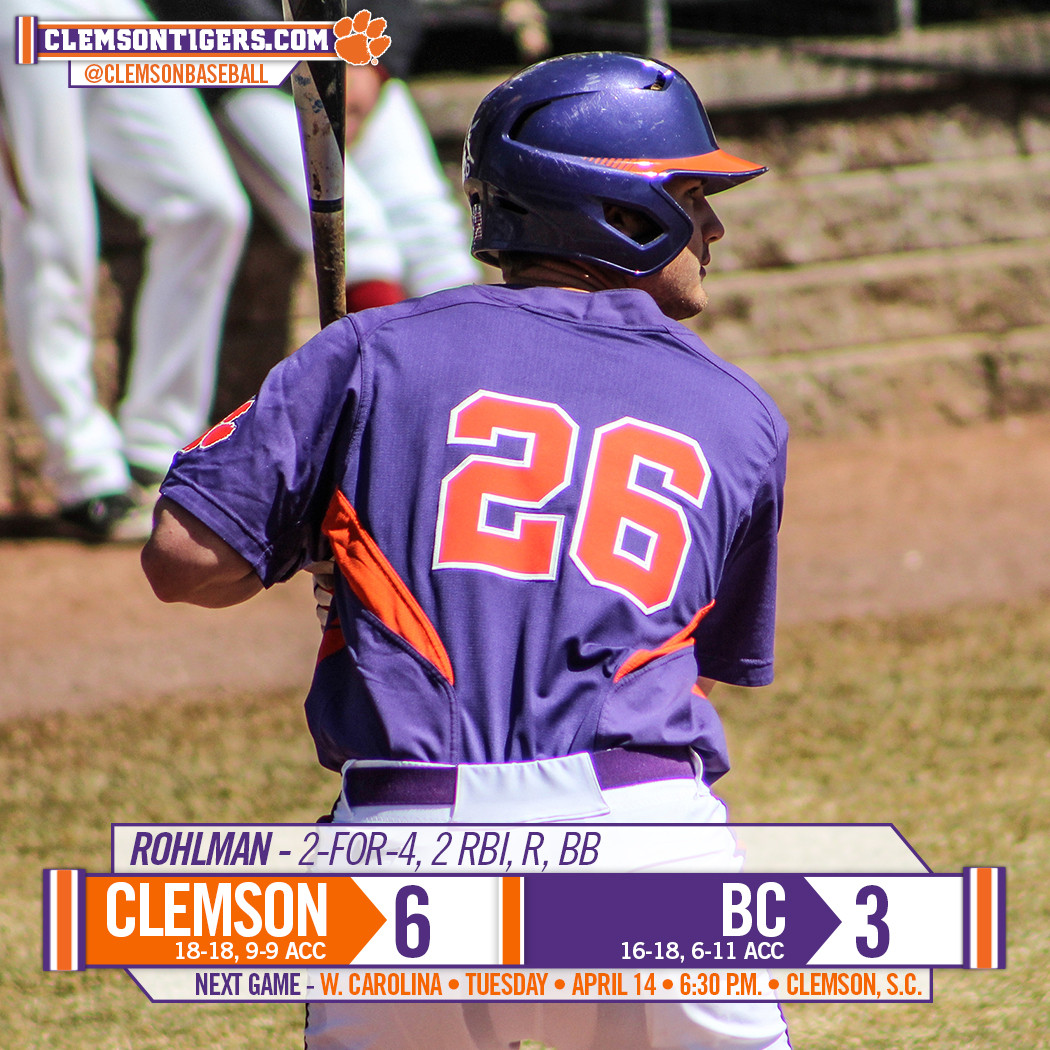 CHESTNUT HILL, MASS. – Clemson rallied from a 3-1 deficit with three runs in the fifth inning and two runs in the seventh inning in its 6-3 victory over Boston College at Commander Shea Field on Sunday afternoon. The Tigers, who won the series 2-1, improved to 18-18 overall and 9-9 in the ACC. The Eagles fell to 16-18 overall and 6-11 in ACC play.

Clemson scored three runs in the fifth inning to take a 4-3 lead, highlighted by Reed Rohlman’s two-run single. In the seventh inning, the Tigers added two unearned runs without a hit to take a 6-3 lead.