DURHAM, N.C. – The No. 17/15 Clemson softball team exploded for eight runs in the fourth inning to upset No. 13/8 Duke in run-rule fashion on Saturday afternoon at the Duke Softball Stadium. The Tigers pushed the envelope offensively to post their seventh run-rule win of the season with a 10-2 victory over the Blue Devils.

Sophomore Millie Thompson clinched her fifth win of the season pitching all-five innings for the Tigers. She struck out eight batters without giving up a walk to lead the Clemson defense. The offense sealed the deal at the plate picking up nine hits, led by Cammy Pereira going 3-for-4 with two runs scored and Marissa Guimbarda tallying three RBIs.

The Tigers broke open the game in the fourth inning that started with Alia Logoleo and JoJo Hyatt reaching after both being hit by a pitch. In an attempt to lay down a sac bunt, pinch hitter Grace Mattimore reached on a fielding error by Duke’s second baseman that allowed Logoleo to score. Pereira would also reach on an error by Duke’s second baseman that brought home pinch runner Ansley Houston to give Clemson a 2-0 lead with no outs.

Clemson continued to bring the heat as McKenzie Clark hit a hard bouncer over the head of Duke’s third baseman to score another run followed by Valerie Cagle drawing a walk to load the bases. Guimbarda came up with her first RBI of the game, bringing home Pereira. Guimbarda was ruled out on the play but action didn’t slow there.

Redshirt sophomore Kyah Keller stepped to the plate and drove a 1-0 count pitch into right center to bring home Clark, and graduate transfer Sam Russ hit a base-clearing triple to tack on two more runs for the Tigers. Clemson added one more run as Logoleo executed a perfect squeeze bunt that scored Russ to give the Tigers the 8-0 lead.

Duke responded with one run in the bottom half of the inning, but Clemson wouldn’t rest.

The Tigers responded with a two-out rally in the fifth as Guimbarda grabbed two more RBIs with a double into right center that scored Pereira and Cagle after they got on via a single and a walk, respectively.

Duke made one final push in the bottom of the fifth to score one run, but it wasn’t enough as the Tigers sealed the run-rule victory, 10-2.

The Tigers and Blue Devils return to the field for the rubber match tomorrow at 2 p.m. on the ACC Network. 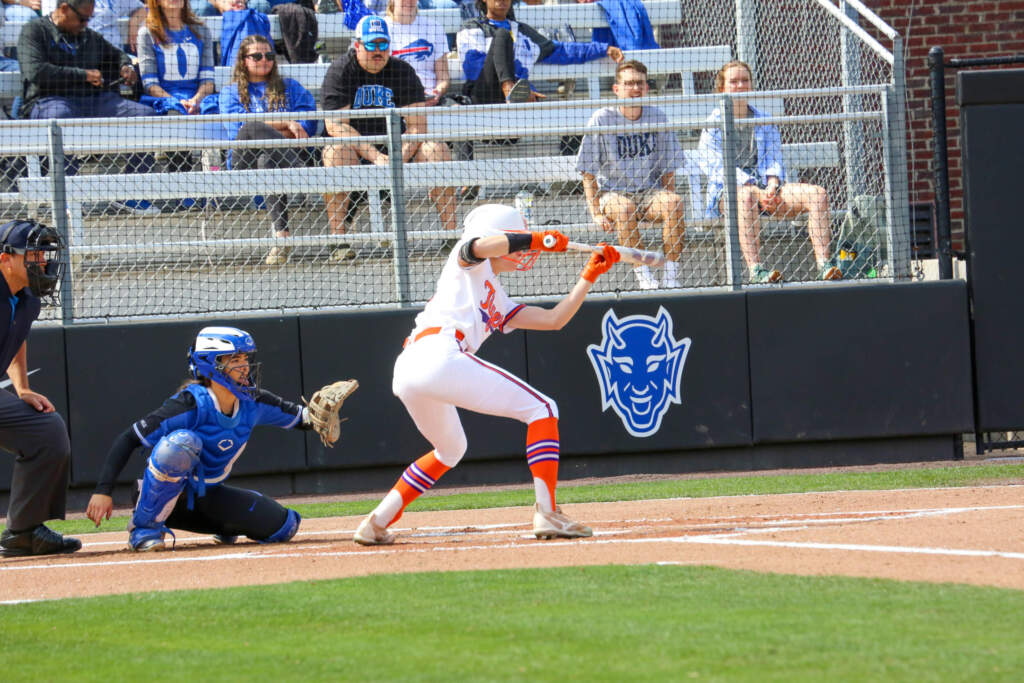 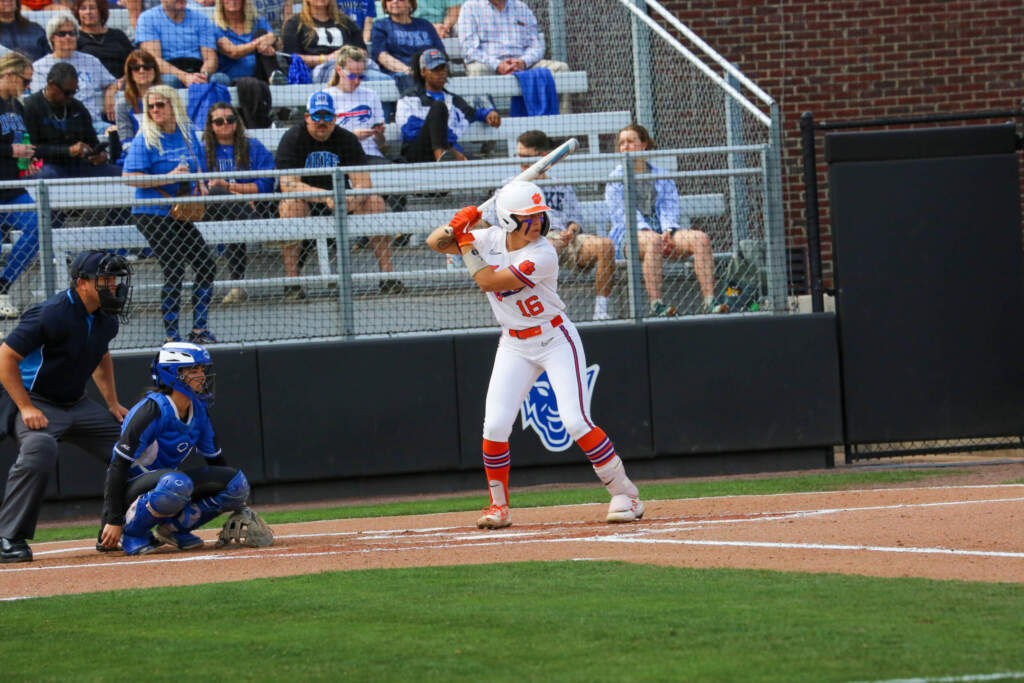 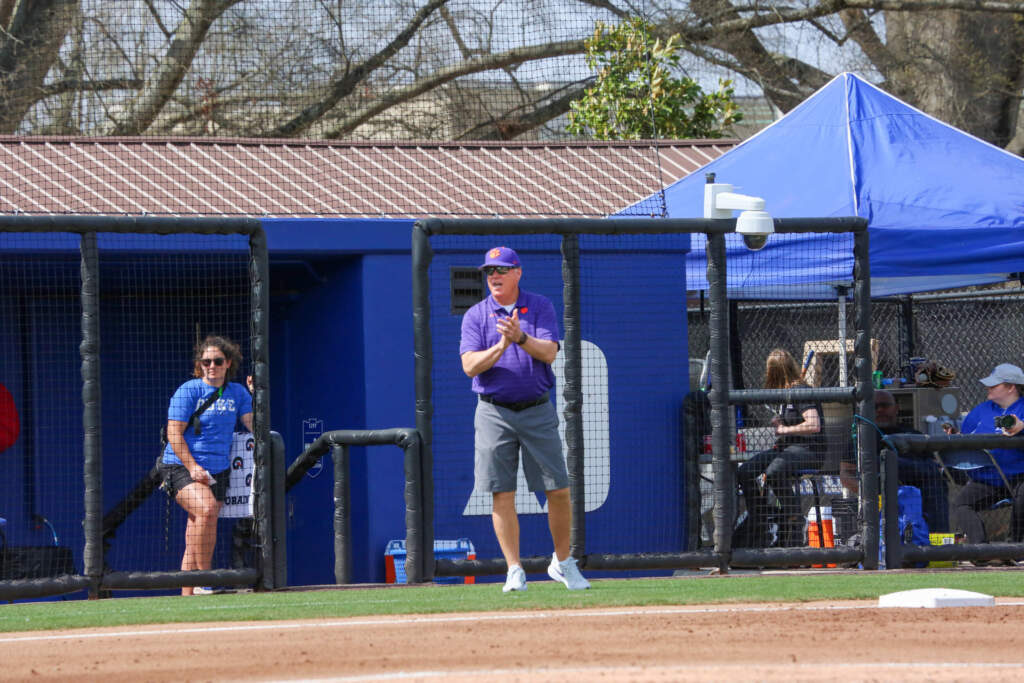 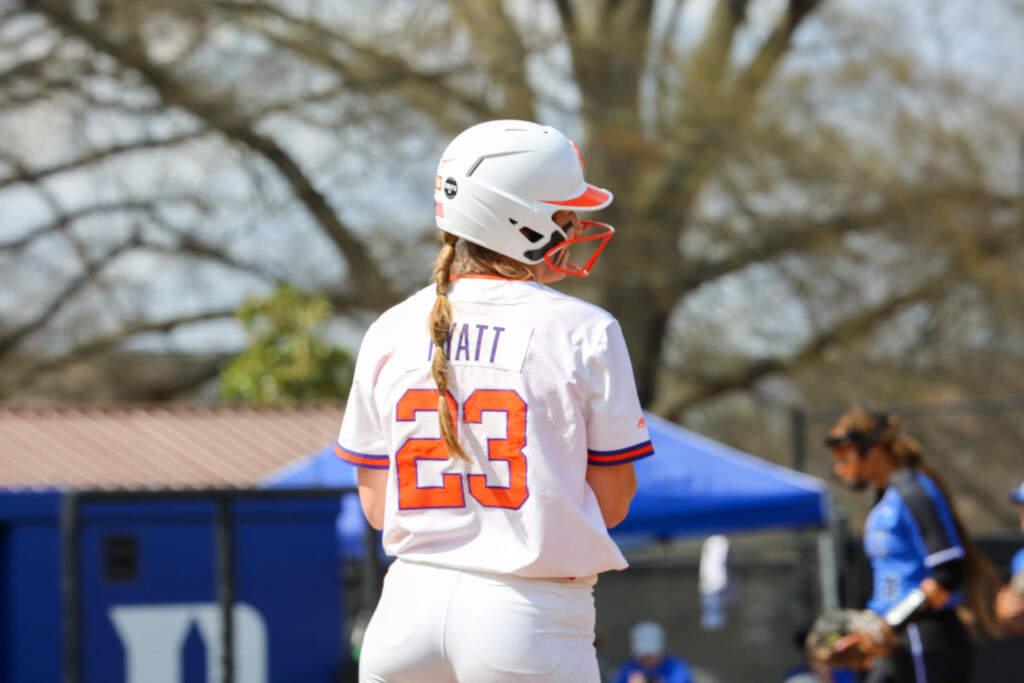 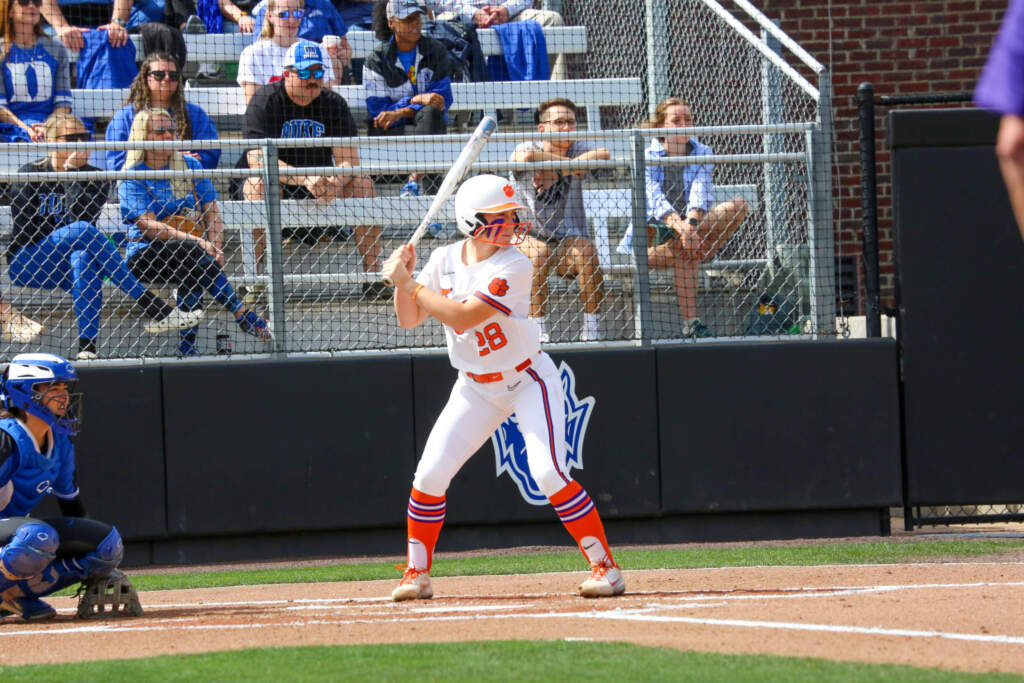 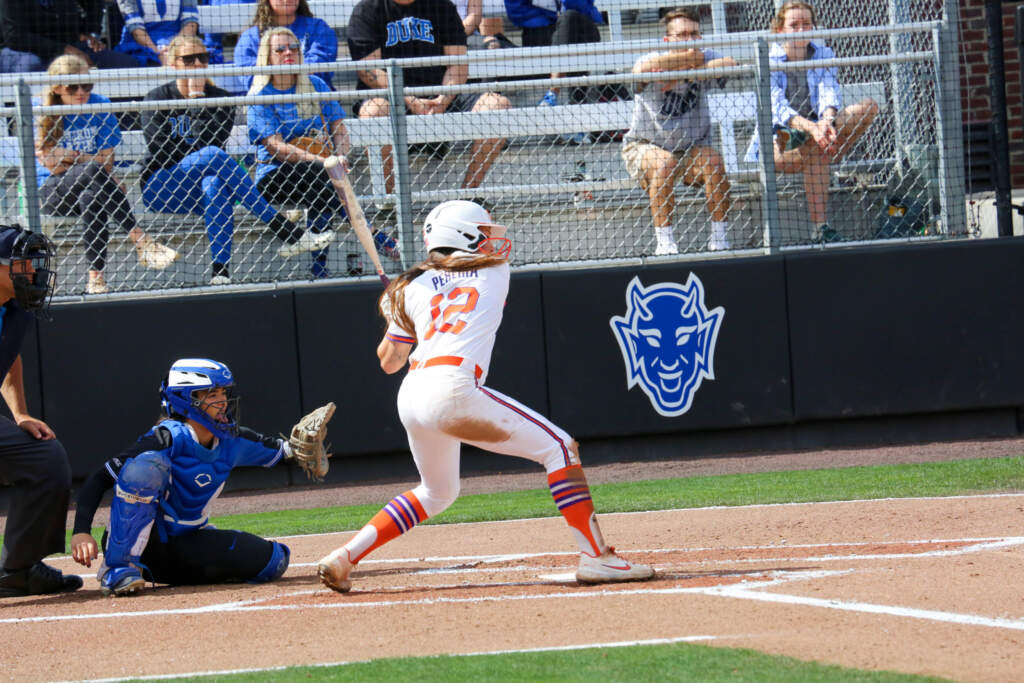 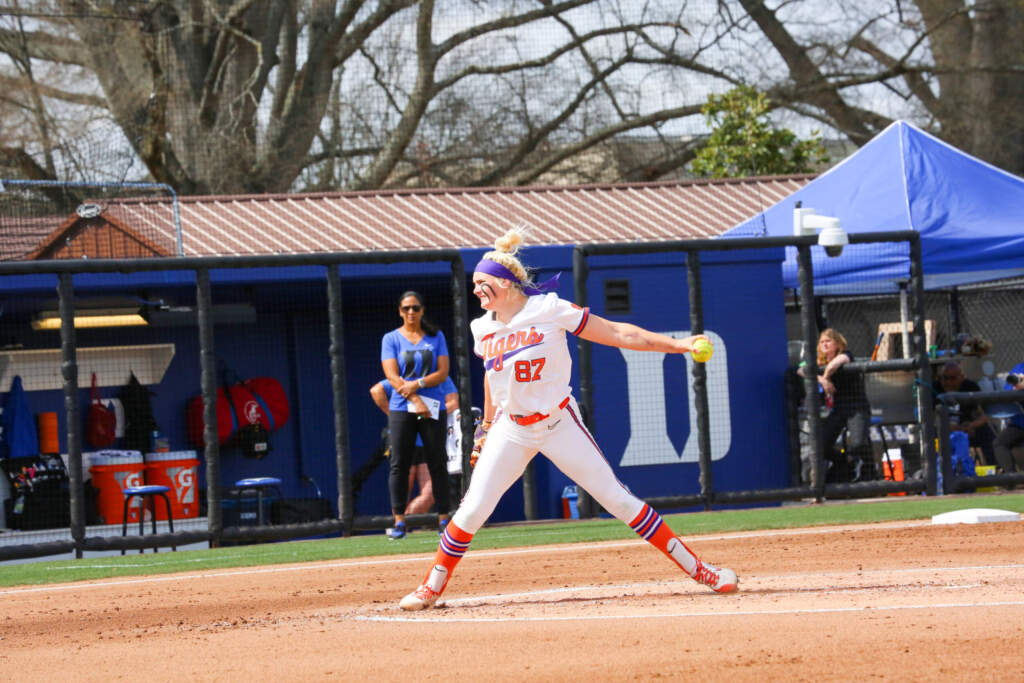 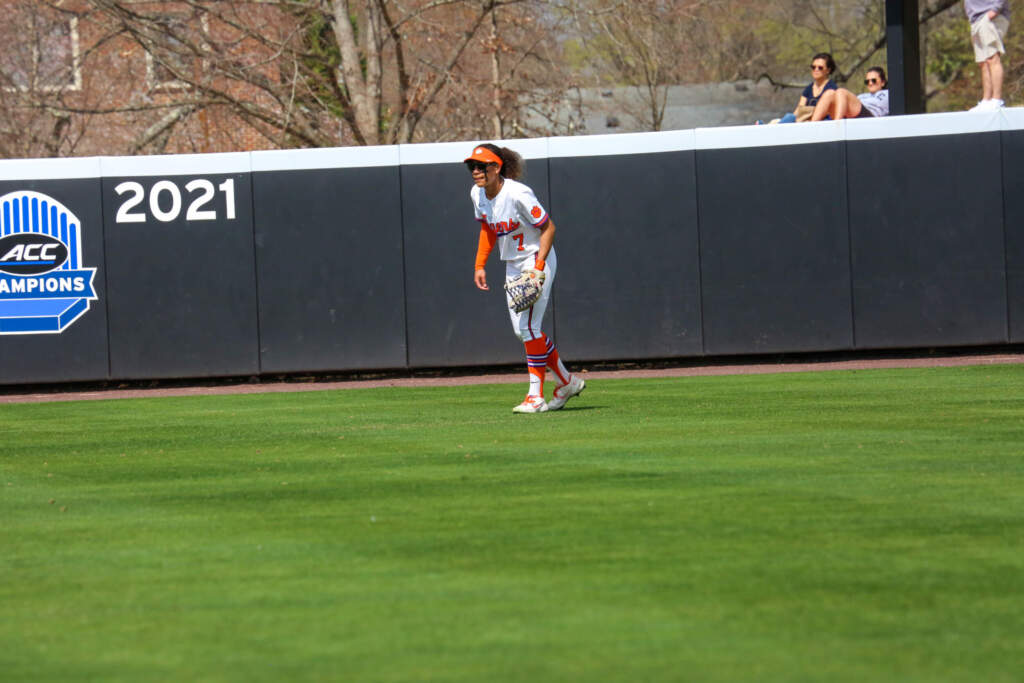 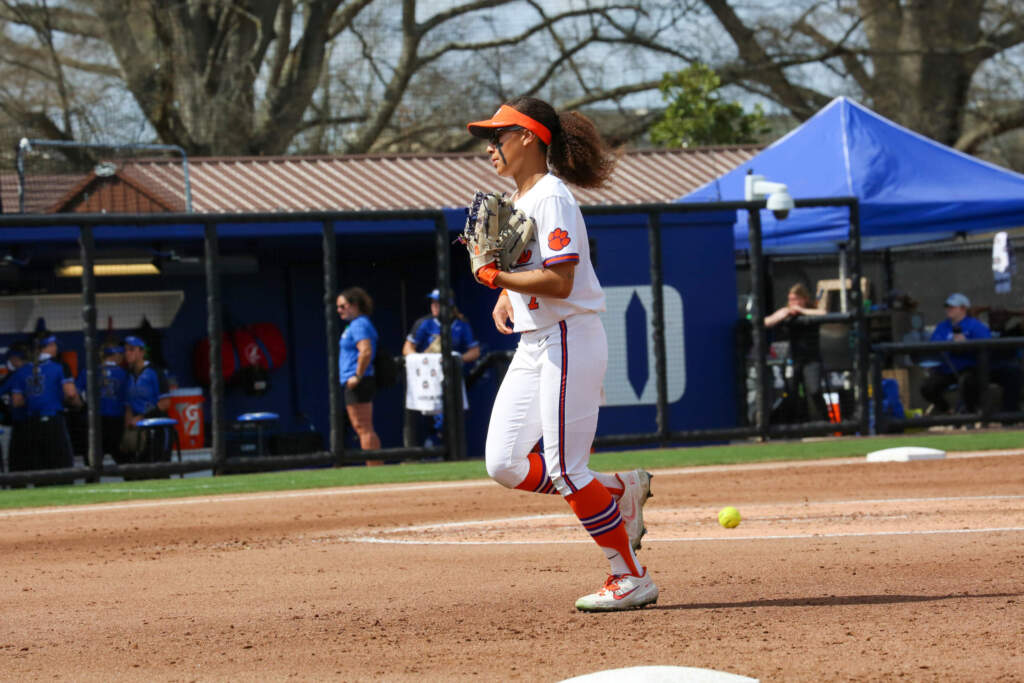 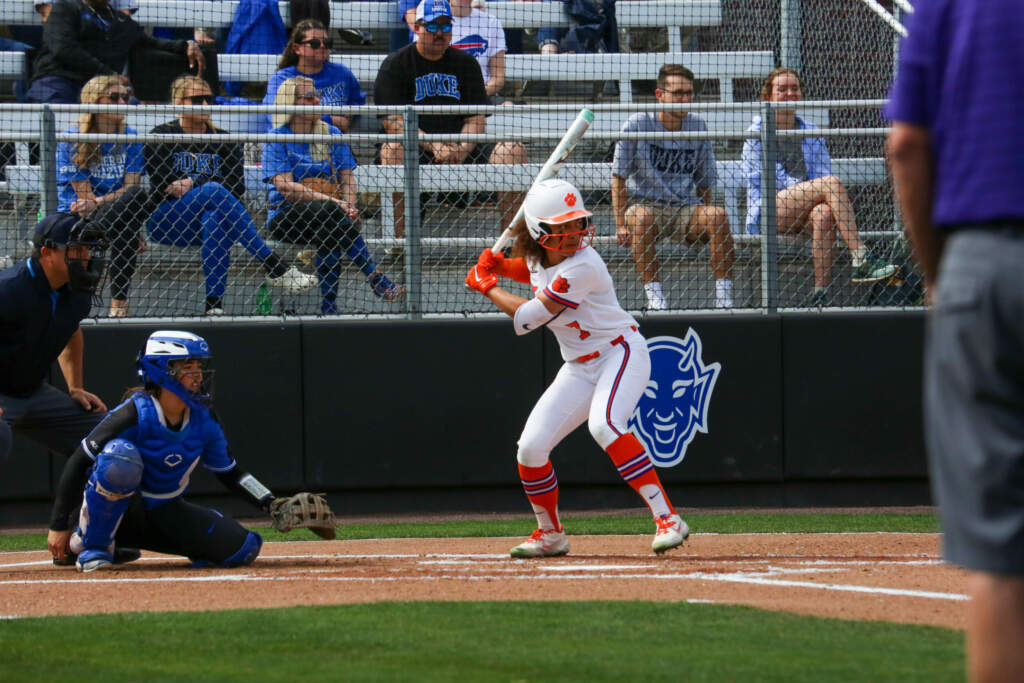