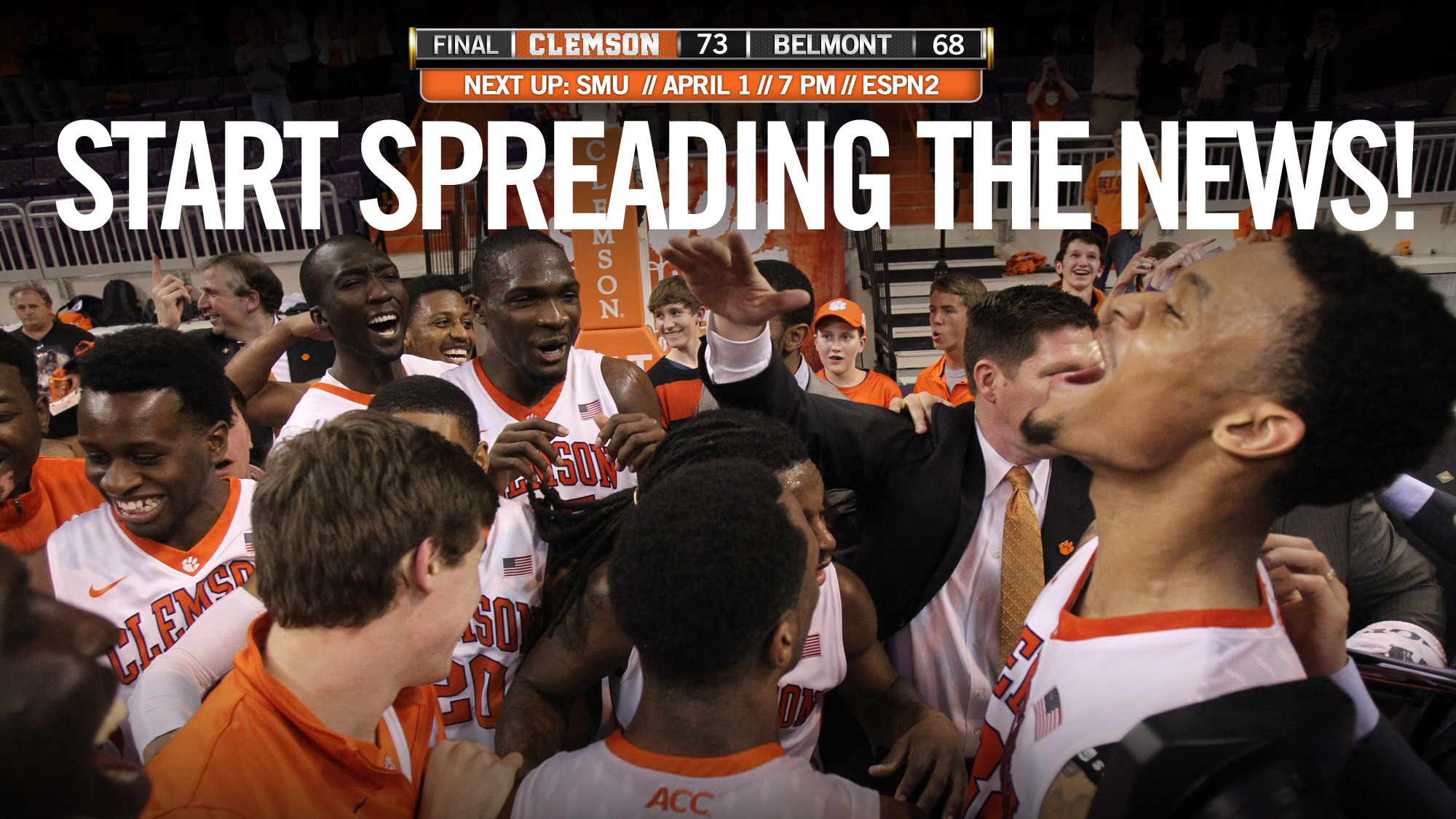 CLEMSON, S.C. – For the third time in its history, Clemson is headed to New York City and famed arena Madison Square Garden for the semifinals of the National Invitation Tournament (NIT). The Tigers knocked off Belmont in a thriller Tuesday, 73-68, after trailing by five with 3:53 remaining. Clemson advances to face the winner of California vs. SMU on Tuesday, April 1. The game time has yet to be determined.

The win was Clemson’s 23rd of the season, the program’s high since also winning 23 games in 2008-09. The Bruins finished their season with a 26-10 record. After Belmont went ahead by five at the under-four mark on a Craig Bradshaw long ball, Clemson scored on four straight possessions to seize control.

Clemson shot a .482 figure for the game and matched a season-high with 10 three-pointers Tuesday. Belmont, who entered the game second in the NCAA with a .502 field goal percentage, was held in check for the most part with a .385 accuracy. The Bruins did connect on 12 threes in 32 attempts as they rallied from a 12-point deficit in the first half.

Damarcus Harrison and K.J. McDaniels scored 16 points apiece to lead Clemson’s attack. Harrison posted 14 of his points in the second half and hit a pair of go-ahead shots inside the final two minutes of a game that saw 12 lead changes. Jordan Roper added 12, while Landry Nnoko chipped in five points, nine rebounds and four blocks.