Russ is a two-time All-ACC selection, having garnered Second Team All-ACC honors in 2019 and Third Team accolades in 2021. She was also named to the 2019 ACC Tournament Team. Russ holds NC State’s all-time record for career stolen bases (103) and owns the single season record for stolen bases (32), which she set on two occasions in 2019 and 2021. Upon concluding her tenure at NC State, Russ is currently fifth in career batting average (.319) and third in career on-base percentage (.426) in Wolfpack program history.

This past season, Russ started in all 51 games in the outfield for the Wolfpack and hit .308 with eight home runs, five doubles and 27 RBIs. She hit .378 with three doubles, two home runs and 10 RBIs in 25 games before COVID-19 forced the cancellation of the remainder of the 2020 season. In 2019, Russ hit .326 with five home runs, five triples, seven doubles and 13 RBIs. During her freshman campaign in 2018, she hit .275 and notched two doubles in 47 appearances, including 40 games started. As a freshman, Russ led the team in on-base percentage (.394) and scored 19 runs, which was the third-most among the team. She was also successful on all 17 stolen base attempts, good for first on the team.

Russ graduated from NC State in 2021 with a degree in Human Biology. She intends to pursue her master’s degree in Business Administration at Clemson beginning in the Fall. This year, Russ was named to the ACC All-Academic Team for the second time of her career, having also done so in 2019. Russ is also a four-time ACC Honor Roll selection.

Her dad, Frank Russ, played baseball at Clemson as an infielder from 1980-83. Frank Russ was a four-year starter and a Second Team All-ACC selection in 1983.

Russ, a native of Charlotte, North Carolina, is set to be one of eight newcomers to the Clemson Softball team in 2021-22, joining seven incoming freshmen. 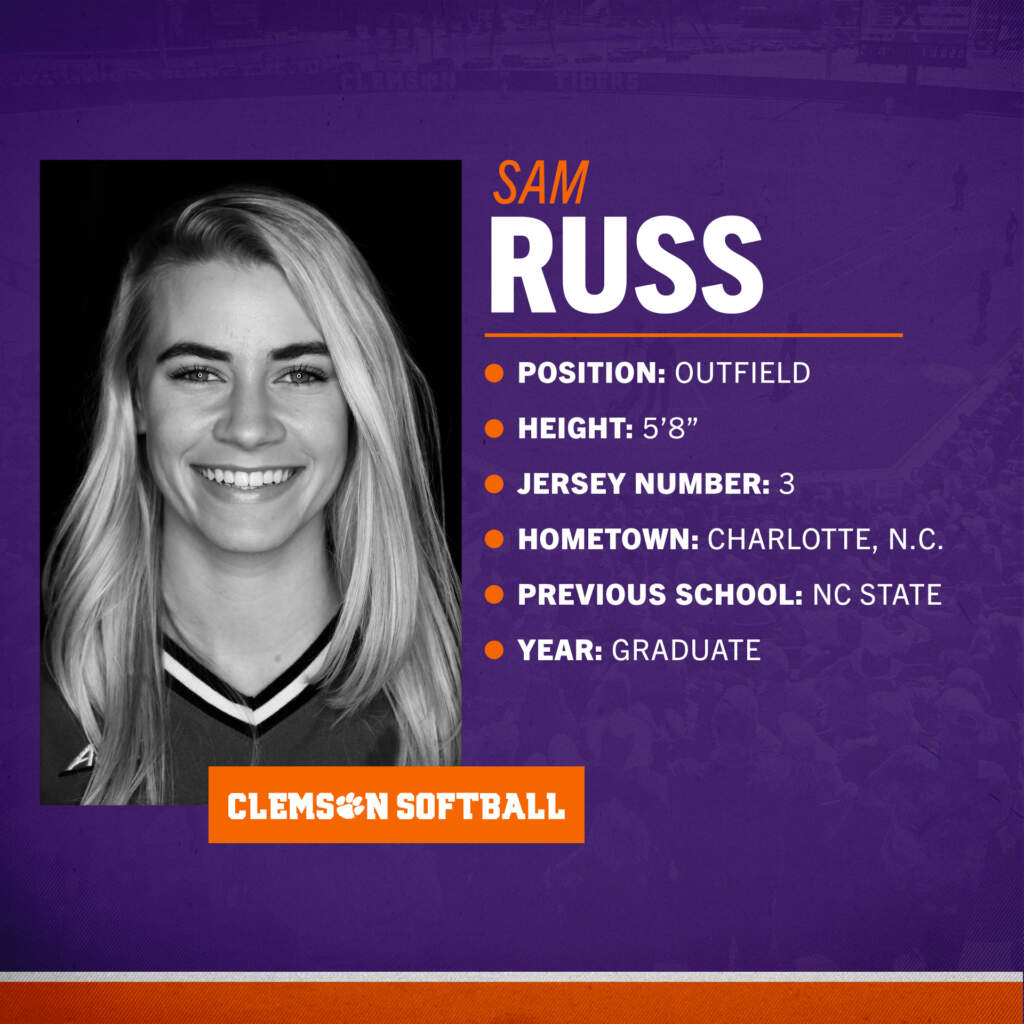