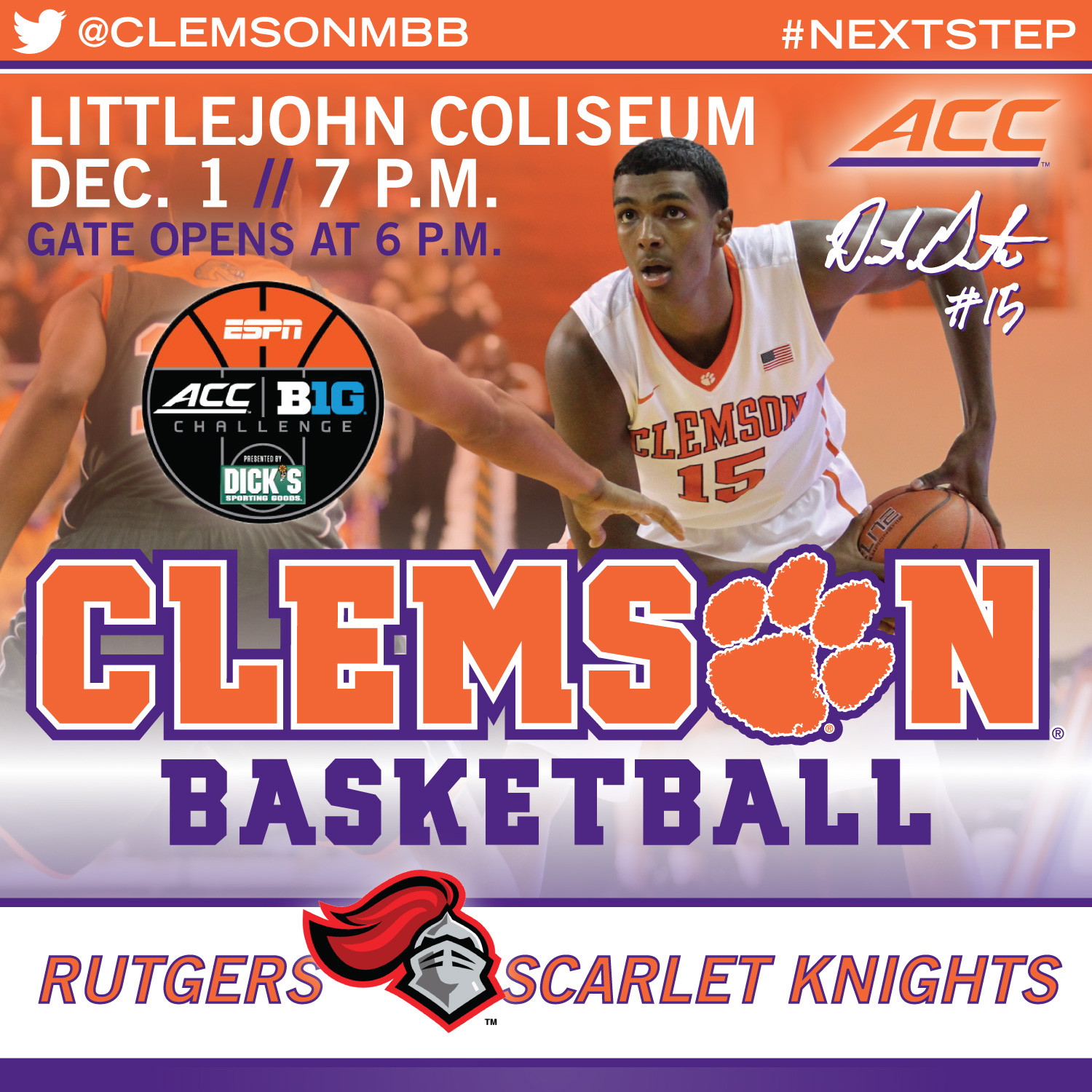 • Clemson returns to the ACC/Big Ten Challenge after a one-year absence; the Tigers host Rutgers in only the second matchup between the two schools.

• The first meeting took place at Rutgers in the 1999 NIT; the Tigers won 78-68 on their way to the championship game.

• After a lopsided season opener, the Tigers’ last five games have been decided by a total of 20 points.

• Monday is Senior Citizen Appreciation Night. Anyone 62 or older is eligible for a buy one, get one free ticket deal.

• Clemson owns a healthy 9-5 all-time record in the ACC/Big Ten Challenge and is in search of its first win in the event since a road game at Iowa in 2011. The Tigers have played in 14 of the 15 challenges to date, missing last season.

• Rod Hall played a career-low one minute against HIgh Point before suffering an ankle injury; he is expected to play Monday.

• Donte Grantham has produced double figures in four of his first six games, the first Tiger freshman to do that since Cliff Hammonds in 2004-05.

• Jaron Blossomgame has posted double-doubles each of the last two games, both Clemson wins. He had only one all of last season in 33 games.

• Blossomgame has four double-figure scoring marks this season, one more than he had all of 2013-14.

• Patrick Rooks is coming off his best game as a Tiger — the redshirt freshman scored 11 points off the bench vs. High Point and was 3-of-5 from three.