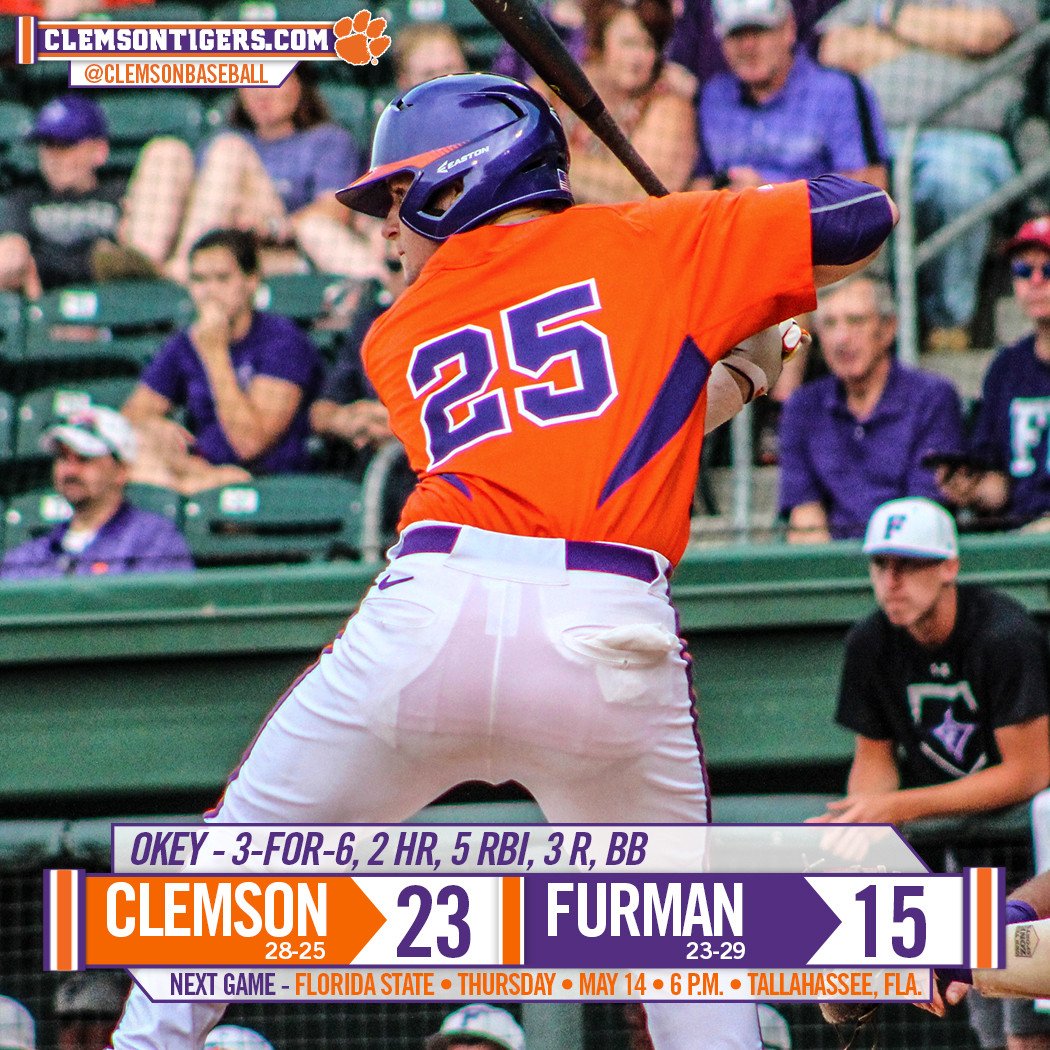 GREENVILLE, S.C. – Clemson stormed back from a 10-0 deficit to defeat Furman 23-15 at Fluor Field on Tuesday night. The Tigers, who won both games of the home-and-home season series, improved to 28-25, while the Paladins fell to 23-29.

It was Clemson’s most runs in a game since May 18, 2006, when the Tigers defeated Wake Forest 26-1. Clemson totaled 22 hits, led by Tyler Krieger going 4-for-6 with three RBIs. Chris Okey went 3-for-6 with two homers and five RBIs, while Weston Wilson added three hits. Tiger batters also totaled 15 walks and two hit-by-pitches.

The Paladins scored three runs in the first inning and seven runs in the second inning to build a 10-0 lead. Okey blasted a three-run homer in the third inning, then Reed Rohlman lined a two-run double in the fourth inning. Krieger lined a two-run single in the fifth inning, then Okey belted his second homer of the game in the top of the sixth inning. The Tigers scored three more runs in the sixth to tie the score 11-11. Furman regained the lead in the bottom of the sixth inning with a run, but the Tigers responded with eight runs in the seventh inning to take the lead for good.

Clemson concludes the regular season with a three-game series at No. 8 Florida State starting Thursday at 6 p.m. on ESPN3.