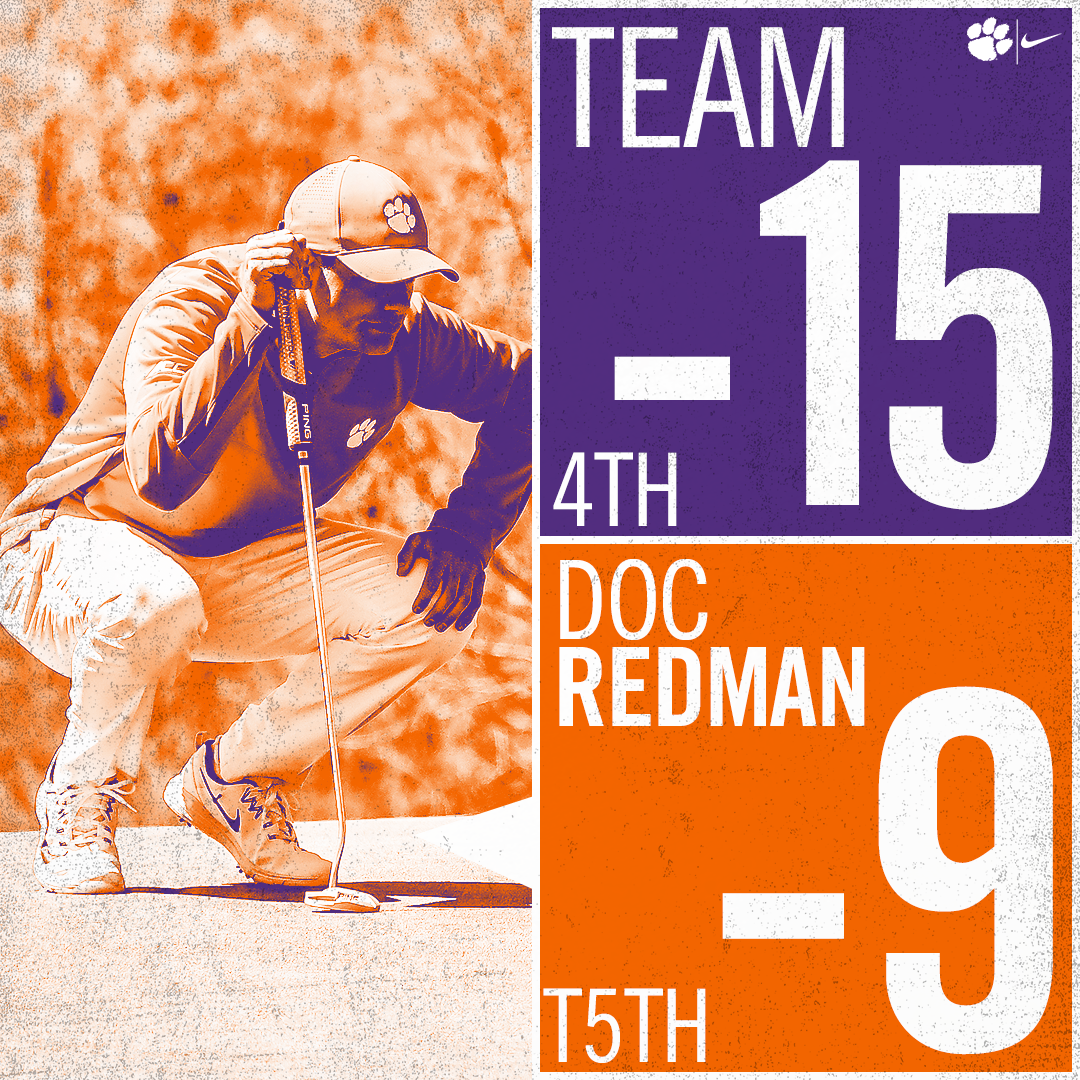 Clemson, S.C.—Doc Redman, Bryson Nimmer and Kyle Cottam all had rounds of three-under par 68 to lead Clemson to a tie for the best team round of the day and a fourth-place finish at the Nike Elite Collegiate Invitational at Pumpkin Ridge Golf Club in North Plains, Oregon.   The Tigers 275 team score allowed Larry Penley’s team to improve from seventh place to fourth on the final day of the 54-hole event.

It was Clemson’s top performance of the fall, as the 15-team field included seven of the top 25 teams in the nation.   Among the teams Clemson defeated were fifth-ranked Florida and third-ranked Wake Forest. The Tigers were the best of three ACC teams in the national field.

Defending National Champion Oklahoma won the tournament with a 27-under-par score of 825. Stanford was second at 828 and Vanderbilt was third at 834.   The Tigers were fourth at 837 and Florida was fifth at 841.   Wake Forest and Southern California were tied for sixth at 842.

Clemson shot under par in all three rounds. After three-under-par scores of 281 in each of the first two rounds, the Tigers shot 275 in the final round, the best round of the year for the Tigers. Clemson was the only team in the field to have all five golfers shoot par or better on Tuesday.

Doc Redman was Clemson’s top player for the 54 holes with a 204 score, nine-under-par. He had consistent rounds of 67-69-68 to finish a tournament with three rounds in the 60s for just the second time in his career. He finished fifth, but was just four shots in back of individual champion Norman Xiong of Oregon. Justin Suh of Southern California and Brandon Wu of Stanford were tied for second at 201 and Will Gordon of Vanderbilt was fourth at 202.

Clemson’s Bryson Nimmer also had a top 10 finish in the national field of 81 golfers with a 207 score, six-under-par. Nimmer had rounds of 70-69-68 to record his third consecutive top 10 finish of the fall.

Sophomore William Nottingham was a third Clemson golfer in the top 30 as the native of Tennessee had three consecutive rounds of even par 71. His 213 total was his best of the fall.

Cottam’s round of 68 was his best of the tournament and he finished 33rd overall, a 21-place improvement over his standing entering the final round.   Cottam finished second in the field with 38 pars over the 54 holes.   Classmate Turk Pettit also played well on Tuesday with an even par score of 71.   He finished tied for 50th at 217.