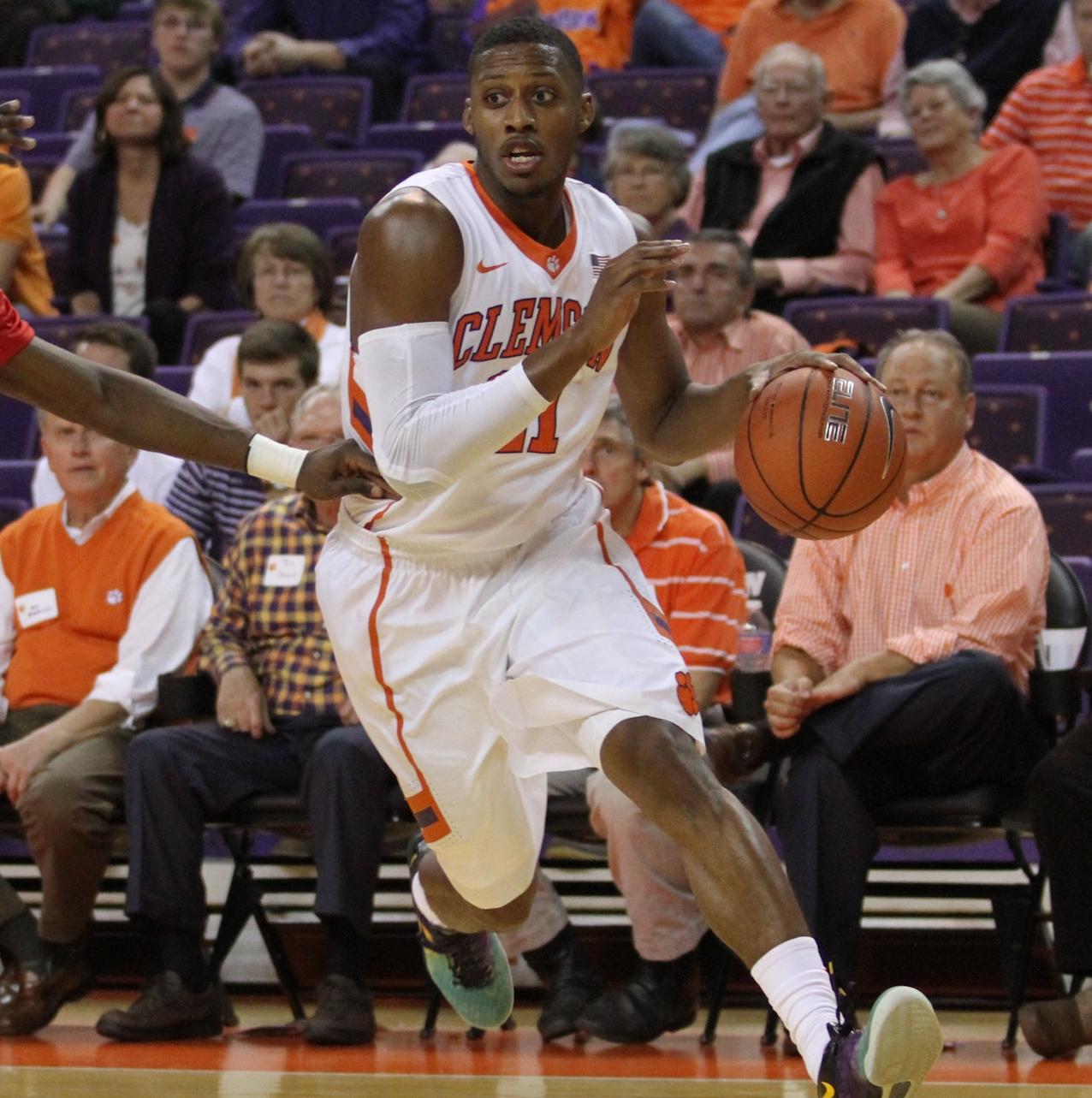 CLEMSON, S.C. — The Tigers went over five minutes without a field goal inside the final six minutes Monday in a 69-64 loss to Rutgers in the ACC/Big Ten Challenge. The loss dropped the Tigers to 4-3 overall and improved the Scarlet Knights to the same record.

Damarcus Harrison led the Tigers with 15 points, but Rutgers countered with 20 from Junior Etou and 15 from Kadeem Jack. Two days after scoring just eight in the second half, Rutgers shot 50 percent in Monday’s second half to run away with it late.

The Tigers trailed for much of the first half before putting together an 11-2 run culminating with a Patrick Rooks three-pointer. The shot gave Clemson a 29-25 edge, but Rutgers came back and knotted it at halftime, 33 apiece. Clemson made six of its eight three-pointers for the game in the opening half of play, but struggled to a 2-for-9 clip in the second half.

Clemson reversed the trend and was seemingly in control in the second, going up as much as 55-48 before a three from Etou. That sparked the Scarlet Knights, who put together a 14-2 run to grab complete momentum with under four to play.

The Tigers break for a few days before returning to action Sunday, Dec. 7 against No. 18 Arkansas. Tipoff is set for 5 p.m. from Littlejohn Coliseum.