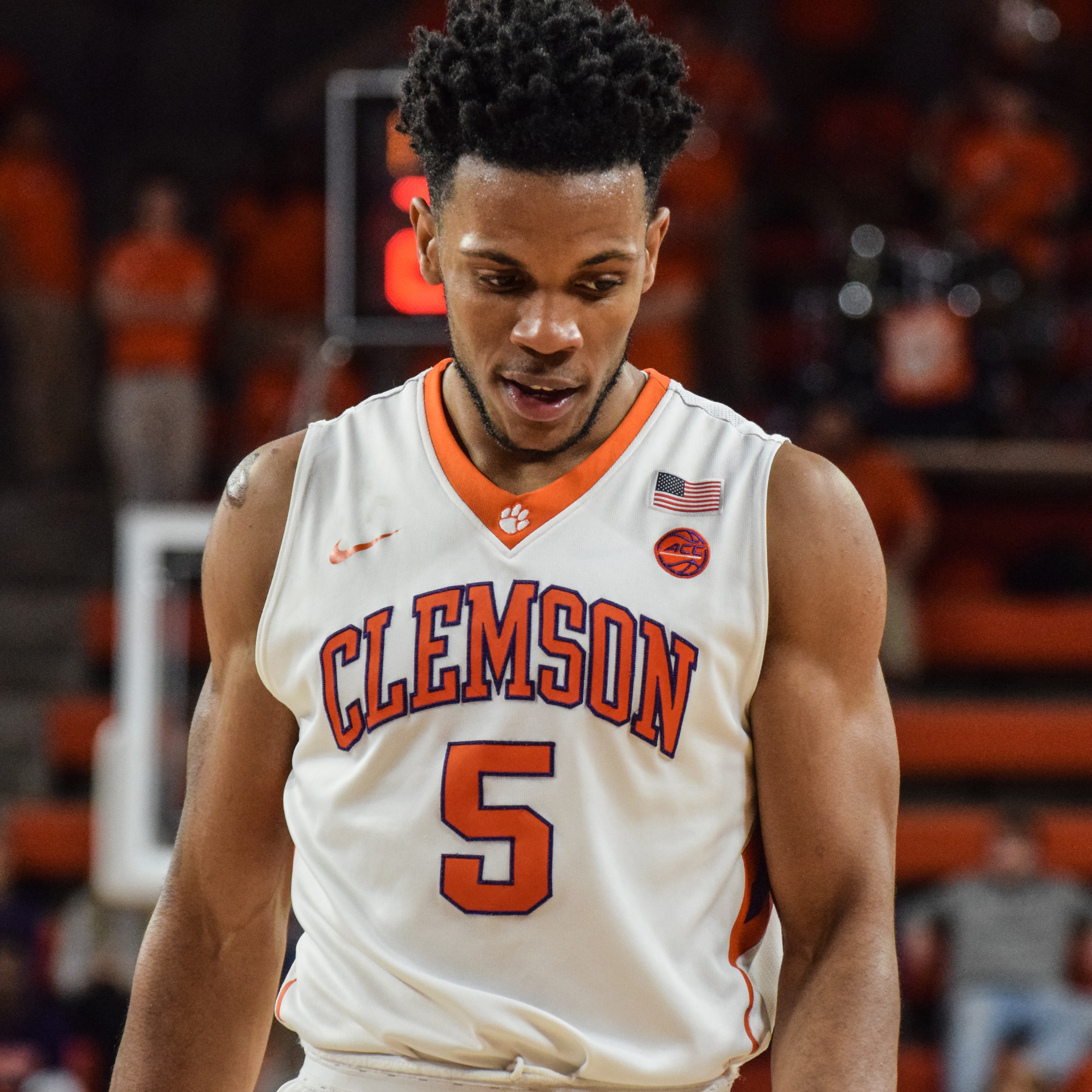 CLEMSON, S.C. — Oakland overcame a 20-point deficit to defeat Clemson in the NIT on Tuesday, 74-69. The Tigers ended their season with a 17-16 overall record, while the Golden Grizzlies improved to 25-8 to advance to the next round against either Alabama or Richmond.

Jaron Blossomgame ended his career by joining the top five scorers in Clemson history, posting a game-high 24 points to pass Trevor Booker in the record books. Blossomgame and Shelton Mitchell (13) were the only double-figure scorers for the Tigers, who struggled to just 27 percent shooting in the second frame after a sizzling first half. Martez Walker and Sherron Dorsey-Walker combined for 44 to lead Oakland.

Mitchell got the Tigers off and running. An early driving baseline dunk brought the crowd to its feet, and later a four-point play lifted Clemson to a 23-16 lead. After the Grizzlies cut it to one at 23-22, Clemson ended the half on a 20-2 run. Included in the run were two big buckets by Legend Robertin, and a deep three with 0.7 seconds left off an inbounds play by Gabe DeVoe.

Clemson cooled considerably in the second half, and watched Oakland take its first lead on a 12-0 run with under seven minutes left. A banked jumper in the paint by Dorsey-Walker put the Grizzlies up 63-61, which had been a 10-point lead not long before. Walker put his team up six, 69-63, with 3:30 to play when a triple banked in from the top.

“That was a disappointing end to our season. I feel bad for our seniors. I didn’t do a good job. I couldn’t get our team in the second half to play the way we needed to play. I thought we did a lot of really good things in the first half and ended it in great style with a nice set play and basket by Gabe (DeVoe). But, unfortunately, we couldn’t get our energy back up in the second half. The game showed our deficiencies. Defensively, we just stopped playing a little bit, and, when guys get down like that, good players can relax and shoot and play with confidence. We let a couple guys make a couple shots. We couldn’t get some rebounds. Then, as the game wore on, obviously, we got tight. We just didn’t make any plays.

“So, again, I’m disappointed, and I feel really bad for Jaron (Blossomgame) and Sidy (Djitte). I thought those two guys played really well in a lot of ways. It’s fitting for Jaron to finish his career with 24 points and eight rebounds. It’s also fitting for Sidy to get 11 rebounds. Avry (Holmes) obviously didn’t have the type of game that we would’ve liked for him to have, but he had a really good career and scored over 1,000 points and shot the ball exceptionally well all season. So I’m down and disappointed for them, and, obviously, we let a great opportunity to play more big games get away from us with a poor second half.”

“We got lost more off of Oakland’s screening action in the second half than we did in the first half. Sometimes, our post players were extending and helping on screening action, so, when the shots went up, their guy now had inside position. It just goes back to energy and competitive fight. I couldn’t get them to get back into in the second half, and that’s on me. We let a good team hang around for awhile and gain confidence, and they beat us.”

On his team’s play in the final game of the season:

“I’m disappointed in the way we played. We played a lot of good basketball for a good part of this season. We had a very good non-conference record, even when we didn’t have a couple of guys. We certainly didn’t have a great record in the league, but, in many of the conference games, in the last minute, we were within a possession of the game. What is really disappointing and hurts is that you played some of your worst basketball in the last 20 minutes of the season. We played good basketball the first 20 minutes, and, then, in the last 20 minutes, we didn’t play. And, again, that’s my responsibility.”

“We proved tonight that we are an NCAA Tournament team, and we could win games in the NCAA Tournament, and that’s what I’m happiest about. Our kids played their hearts out. There was a lot of disappointment for them when we lost in the conference tournament, and they came here, and, instead of playing it out when things got bad, they believed in themselves and played as good a basketball game as they could have played. And I’m tremendously excited and pleased.”

On limiting Clemson’s offensive production in the second half:

“We picked their point guard up in the fullcourt, and we tried to wear him down. Our freshman point guard, Brailen Neely, really got after the ball. We tried to wear Shelton Mitchell down and tried to make him uncomfortable. One of the things that we’ve done well this year is our field goal percentage defense, and to do this to Clemson, have them shoot in the 20s here, I think we wore them down with our pressure.”

On his team rebounding from a disappointing loss in the conference tournament:

“I gave them three days off, and, then, when we came back, we had a long talk about how Oakland has never been in the NIT. The NIT has been around long before the NCAA Tournament; this is a prestigious tournament. Then, Sherron (Dorsey-Walker) gave a tremendous speech to the team yesterday, and we were ready to go.”