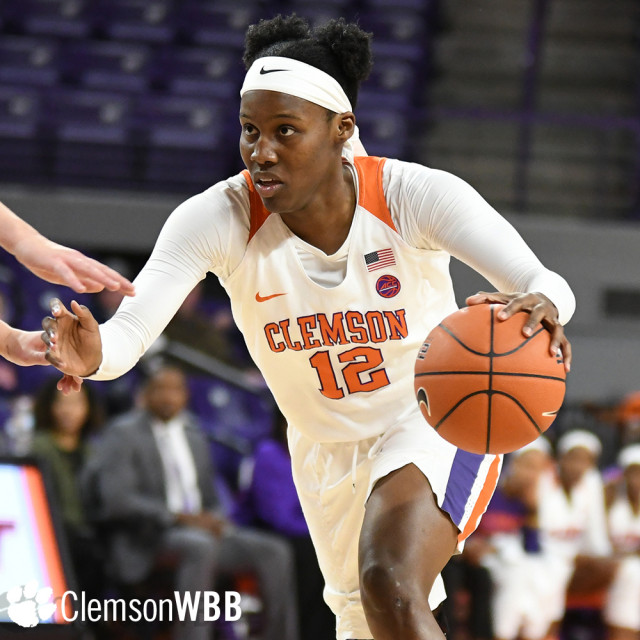 DAYTONA BEACH, Fla. – The Clemson women’s basketball team fell to Buffalo, 61-41, on Friday evening in Daytona Beach, Fla. With the loss, the Tigers drop to 4-2 on the season, while the Bulls, who were 2-0 in Daytona Beach with a win over Nebraska on Thursday, remain undefeated at 4-0.

Buffalo led 30-13 at halftime after the Tigers struggled on offense, shooting 6-for-32 from the floor and committing 13 turnovers to the Bulls’ six. Despite the offensive woes, Clemson continued to play hard on the glass, outrebounding the Bulls 25-23 and scoring seven second-chance points to Buffalo’s zero. The Tigers’ shooting improved in the second half, as they shot more than 40.9% for the half, but it was not enough to catch the Bulls.

Junior Aliyah Collier led the Tigers in scoring, with 11 points, and rebounding, with eight boards. Ten of the 11 Tigers who played in the game scored, and the Clemson bench outscored the Bulls’ bench 26-24. Sophomore Kobi Thornton pulled down 10 rebounds and redshirt junior Francesca Tagliapietra picked up three of the Tigers’ seven steals in the contest.

The Clemson team hits the road next week for their first true road game of 2017-18, against Nebraska in the Big Ten/ACC Challenge. The Tigers face the Cornhuskers on Thursday, Nov. 30 at 7 p.m. CT (8 p.m. ET) at Pinnacle Bank Arena in Lincoln, Neb.