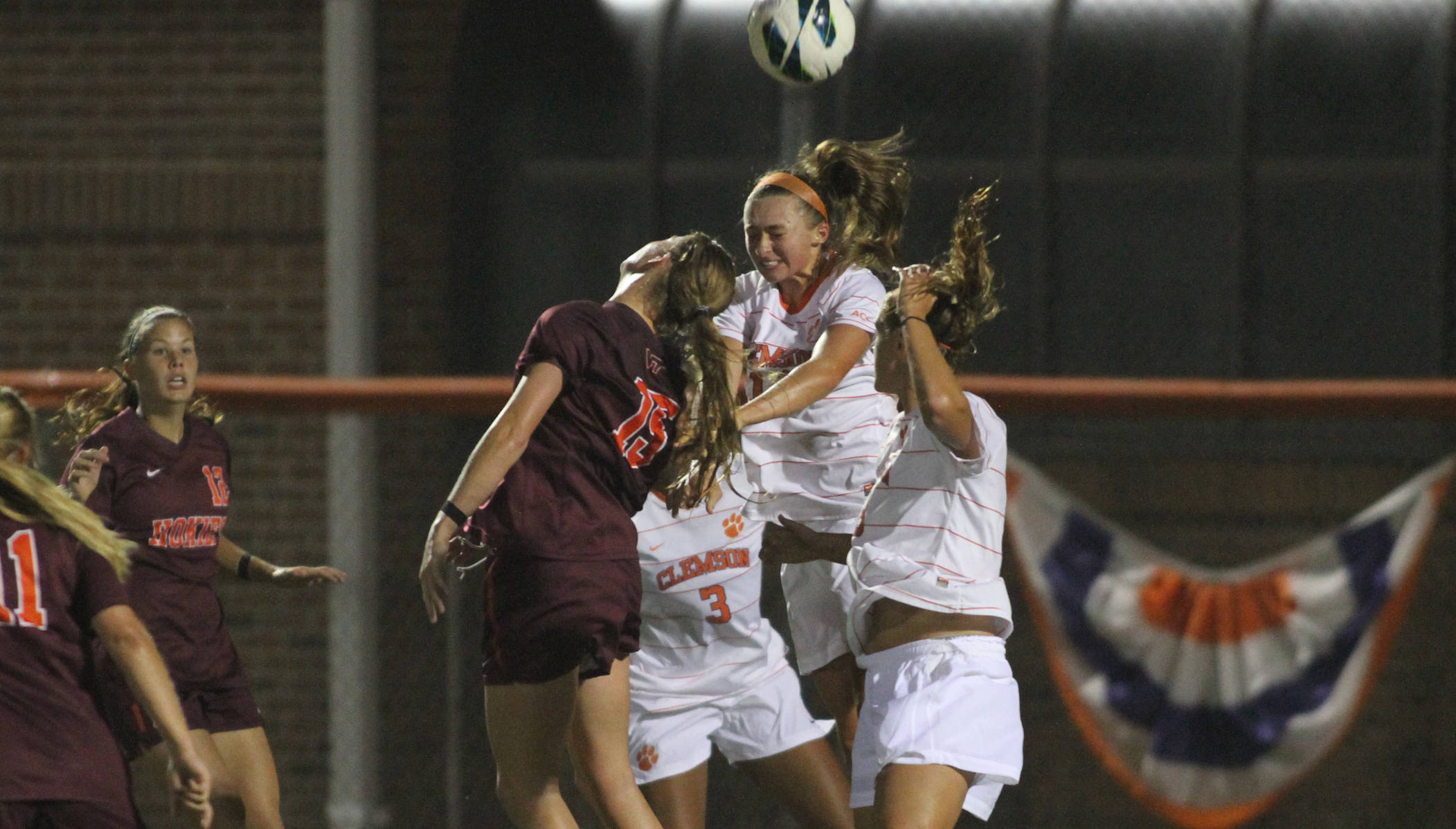 CLEMSON, SC – The Clemson women’s soccer team dropped a 3-0 contest to 22nd-ranked Virginia Tech on Thursday night at Historic Riggs Field.  The game was the Tigers’ eighth in their last nine against an opponent ranked in the national top 25.  Clemson fell to 5-10-2 (0-9 ACC) with the loss, while the Hokies improved to 12-4-1 (3-4-1 ACC).

Ashley Meier put the Hokies on the scoreboard in the 12th minute.  Meier came up with a rebound following a save that deflected off the hands of Clemson goalkeeper Hunter Rittgers and put it in the net from 12 yards out.  Jordan Coburn and Ashley Manning scored Virginia Tech’s second half goals, in the 52nd and 71st minutes, respectively.

The Tigers’ best scoring chances came in the second half.  In the 53rd minute, freshman defender Kylie Tawney took a hard shot from the left side that bounced off the hands of Virginia Tech keeper Dayle Colpitts.  Tawney got her own rebound and sent another shot just wide of the goal.

In the 76th minute, Clemson junior forward Tabitha Padgett received a cross inside the box.  Padgett flicked the ball to senior midfielder Maddy Elder, who shot it from close range.  Elder’s shot appeared to be heading into the top of the net when Hokie goalkeeper Caroline Kelly punched the ball just over the crossbar.

For the game, the Tigers took eight shots and had two corner kicks, compared to the Hokies’ 13 shots and four corner kicks.  Rittgers posted three saves for Clemson in the first half, and junior Morgan Hert recorded one save in the second half.  Colpitts and Kelly combined for four saves for Virginia Tech.  There were 11 fouls called on the Tigers and 12 whistled on the Hokies in the contest.

The Tigers will return to Historic Riggs Field for their final home game on Sunday, October 21 as they play host to NC State.  Prior to the game between Clemson and the Wolfpack, which will kick off at 1:00 PM, the Tigers will honor seniors Maddy Elder and Heather Marik, both four-year starters for the program.