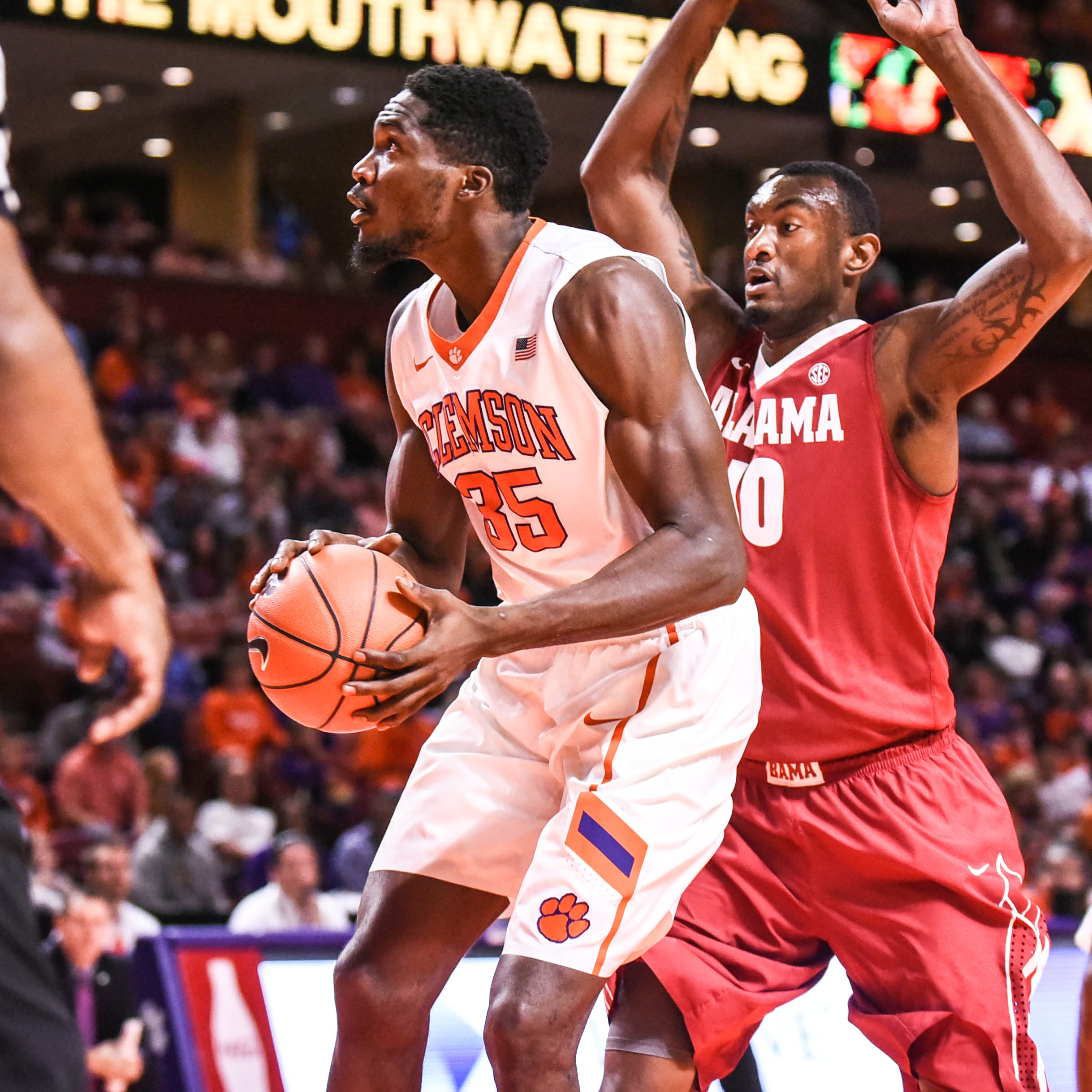 GREENVILLE, S.C. — Alabama forward Shannon Hale stole an inbounds pass and dunked the ball on the other end with 25 seconds remaining to lift his team to a 51-50 win over Clemson on Sunday in Bon Secours Wellness Arena. The Tigers fell to 5-3 overall with the loss, while the Crimson Tide improved to 6-2.

Alabama came out blazing hot, making six of its first seven shots in building a 16-7 lead. Clemson cut into it with a pair of fastbreak scores, including a highlight-reel dunk in transition by Jaron Blossomgame. The lead reached double digits at 30-19 after some easy backdoor scores. Clemson went scoreless for nearly four minutes until Avry Holmes broke it with a couple of free throws.

Holmes continued to provide a spark when he rolled in a three-point play that cut the deficit to four. Clemson held ‘Bama off the scoreboard for over four minutes, but a -17 rebound disadvantage was a backbreaker in the opening 20 minutes as the Tide took a 34-26 lead into the locker room.

Landry Nnoko made his first seven shots – including his first four after intermission – the third of which pulled the Tigers within four at 45-41. Jordan Roper followed with a soft jumper to make it a two-point game. Alabama had plenty of second chances off missed shots, but could not connect. Donte Grantham shrugged off a tough shooting night with a three-point goal from the top of the key with 2:16 to go. But he was guilty of the turnover on the possession that led to Hale’s dunk. It was Alabama’s only field goal inside the final 8:46 of the game.

The Tigers return to action in less than 48 hours. Clemson and Presbyterian College meet Tuesday at 7 p.m. in Bon Secours Wellness Arena.