The Tigers dominated the first set, winning 25-11. Freshman Cate Long led the way in the first set, tallying six kills of her 15 kills on the match in the opening frame, along with one service ace. Thomas converted on all five of her swings in the set. As a team, Clemson hit .600 in set No. 1.

Long scored on all five of her attempts in the second set, but the Demon Deacons’ five blocks were too much for the Tigers to overcome. In the third, Wake Forest led Clemson by as many as five, 21-16, however the Tigers closed out the set on a 10-3 run, which was led by senior Alyssa Deloney, who posted three of her eight kills on the match in the midst of the Tigers’ offensive spree. Deloney then recorded her final service ace of the season on the last play of game No. 3, which Clemson won in extras, 26-24.

Colleen Finney & Ava Pritchard team up for a HUGE BLOCK 💪💪

The Tigers closed out their final match of 2020 on a blistering 14-2 run to defeat the Demon Deacons by a margin of 25-8 in the fourth. Senior outside hitter Ashtynne Alberts concluded her career by recording a team-best four kills on four swings in game No. 4.

With the loss, Wake Forest finished its season with an overall record of 0-6.

The Tigers rounded out their fall slate with an overall record of 3-3, including 3-1 in Jervey Gym. The latter half of the 2020-21 ACC Volleyball season is expected to resume in the spring of 2021 in conjunction with the NCAA’s announcement on Aug. 13 regarding the postponement of all fall championships. 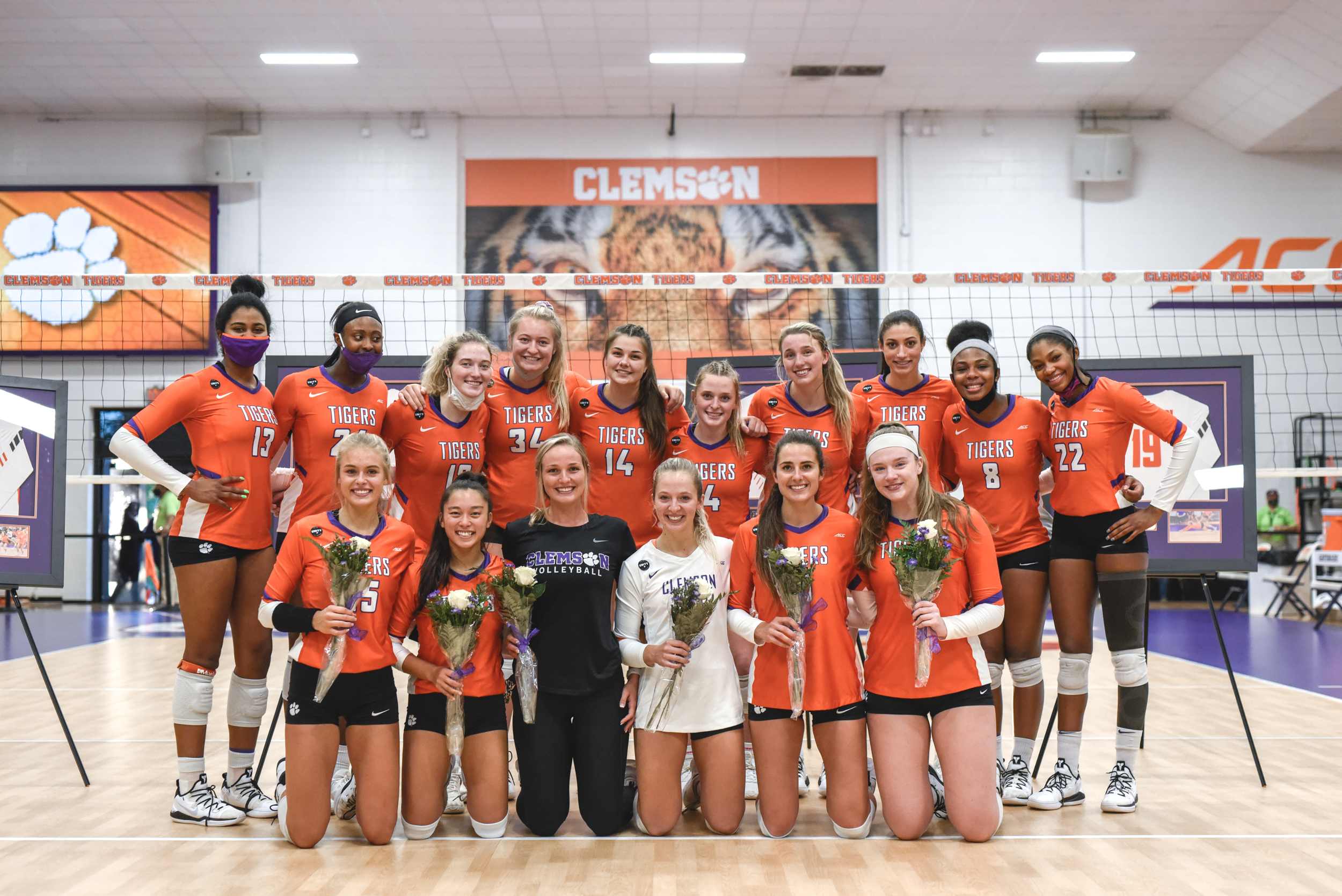