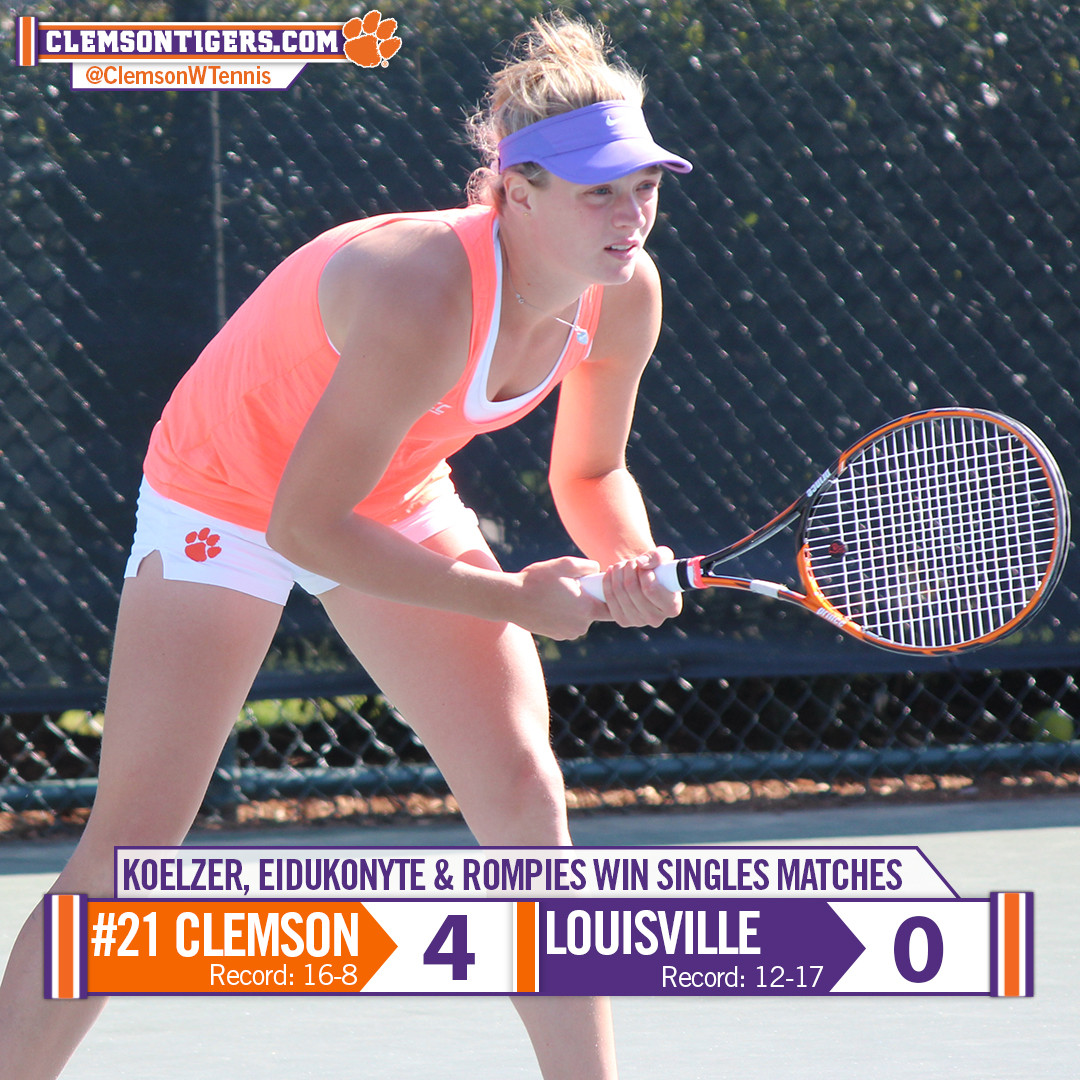 CARY, N.C. – The 21st– ranked and No. 5-seeded Clemson women’s tennis team defeated No. 13- seed Louisville 4-0 on Thursday afternoon at the Cary Tennis Park in the second round of the ACC Tournament. With the win, the Tigers improve to 16-8 on the season, and advance to Friday’s ACC Championship Quarterfinals.

In doubles action, matches started out close on all three courts. Jessy Rompies and Yuilynn Miao, playing together for the second match in a row, and just the second time this season, battled to win 8-4 at No. 2. Romy Koelzer and Joana Eidukonyte at No. 1 and Tristen Dewar and Beatrice Gumulya at No. 2 both had 7-6 leads, trying to clinch the doubles point. Dewar and Gumulya won first, defeating their Louisville counterparts 8-6 and giving the Tigers the doubles point and a 1-0 lead heading into singles play.

Clemson’s momentum rolled over into singles play where the Tigers were firing on all cylinders. Koelzer was the first Tiger to record a victory as she won 6-0, 6-1 in the top spot to extend Clemson’s lead to 2-0. Rompies followed with an equally convincing 6-2, 6-0 win at No. 5. Joana Eidukonyte, the Tigers’ highest ranked singles player at No. 13, sealed the deal with a 6-0, 6-1 win at No. 3. Gumulya, Dewar and Daniela Ruiz each had won her first set at No. 2, No. 4 and No. 6, respectively, the time play was abandoned.

The Tigers play 10th-ranked and No. 4-seeded Virginia in the quarterfinals on Friday, April 24at 3 p.m. at the Cary Tennis Park. The Cavaliers, last year’s ACC champion, are 18-5 on the season. Earlier this year, Virginia edged the Tigers 4-3 in a close match in Clemson on March 20.