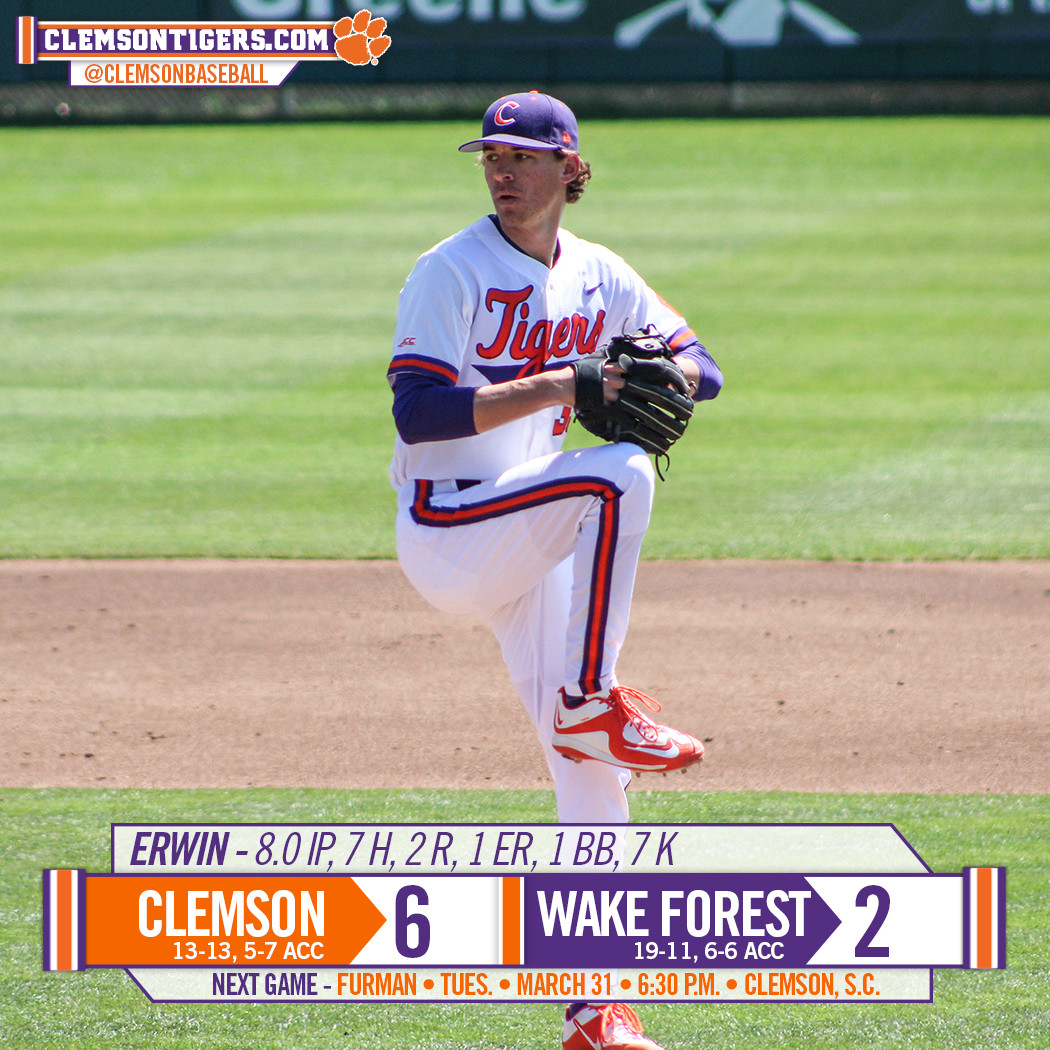 “We stepped up and pitched extremely well, probably the best game of the year,” said Head Coach Jack Leggett. “Erwin threw strikes, had a great rhythm about him and threw quality pitches.

“Behind him, we played great defense and got timely hits. The bottom of the order did really well for us. Eli (White) had a great three-run home run and Andrew (Cox) had a couple of RBIs. We played with a better frame of mind.

“It was good to see Krieger out on the field. He’s a leader and has experience, so it’s good to see him out there and get him in the flow of the game.”

Andrew Cox’s two-out single in the second inning scored Chase Pinder for the game’s first run, then the Tigers added two runs in the fourth inning on Weston Wilson’s run-scoring single and Cox’s sacrifice fly. Eli White blasted his first career homer, a three-run shot to left-center, in the sixth inning as well. All six Tiger RBIs came from the bottom three batters in the lineup.