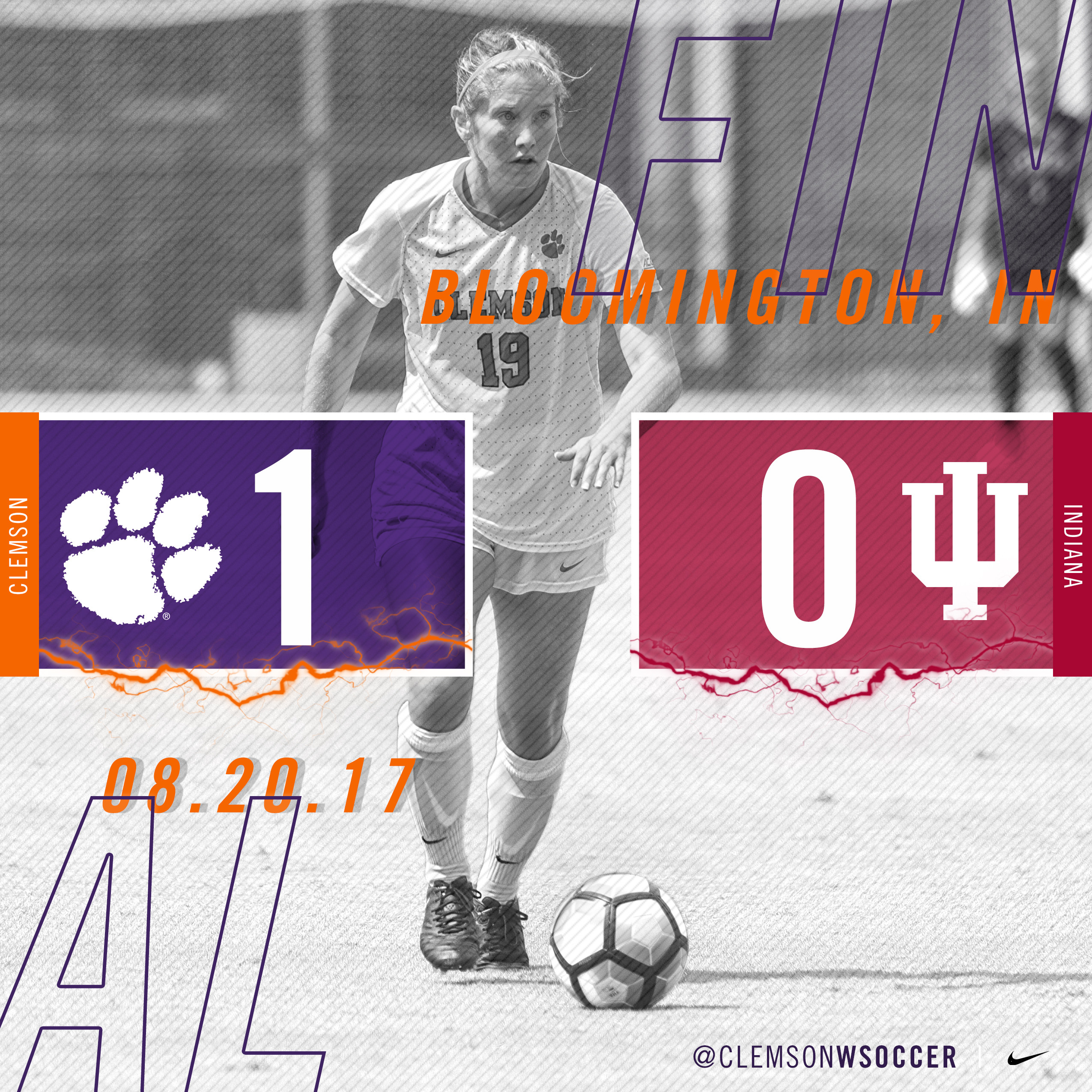 BLOOMINGTON, Ind. – Graduate Jenna Polonsky scored the Tigers’ lone goal in the 1-0 victory over Indiana on Sunday in Bloomington, Ind. With the win, the Tigers improved to 2-0 on the season while the Hoosiers dropped to 1-1. Clemson won the Hoosier Challenge Cup with a 2-0 record, Polonsky, Kimber Haley and Sam Staab were named to the All-Tournament team.

“We had a good match today, it’s never easy playing two games on the weekend especially in the heat we had today,” said head coach Eddie Radwanski. “I was please how we came out and created chances. Jenna Polonsky got another goal today which was great to see. Our young team learned a lot this weekend, about managing a lead and playing on the road. It was a great first step for a young team. Melanie Stiles did well in net for us today, Sam Staab and Mackenzie Smith did well on the back line. Jeni Erickson did a nice job settling things in the midfield.  Overall it was a good opening weekend for the Tigers.”

Polonsky scored the lone goal for Clemson in the 32nd minute on a cross to the middle of the box from freshman Courtney Jones, poked through by freshman Kimber Haley. The goal marked Polonsky’s second of the season, putting her at seven points, surpassing her six points from just a season ago.

Clemson took five shots to the Hoosiers’ six in the match, with two on goal to Indiana’s three. The Tigers took eight corner kicks while holding Indiana to six. Sophomore keeper Melanie Stiles picked up three saves and the clean sheet in her second career start.

The Tigers return to action Friday, Aug. 25 for their home opener against No. 9 Auburn at 7:30 p.m. at Historic Riggs Field. Admission is free to all regular season home matches.