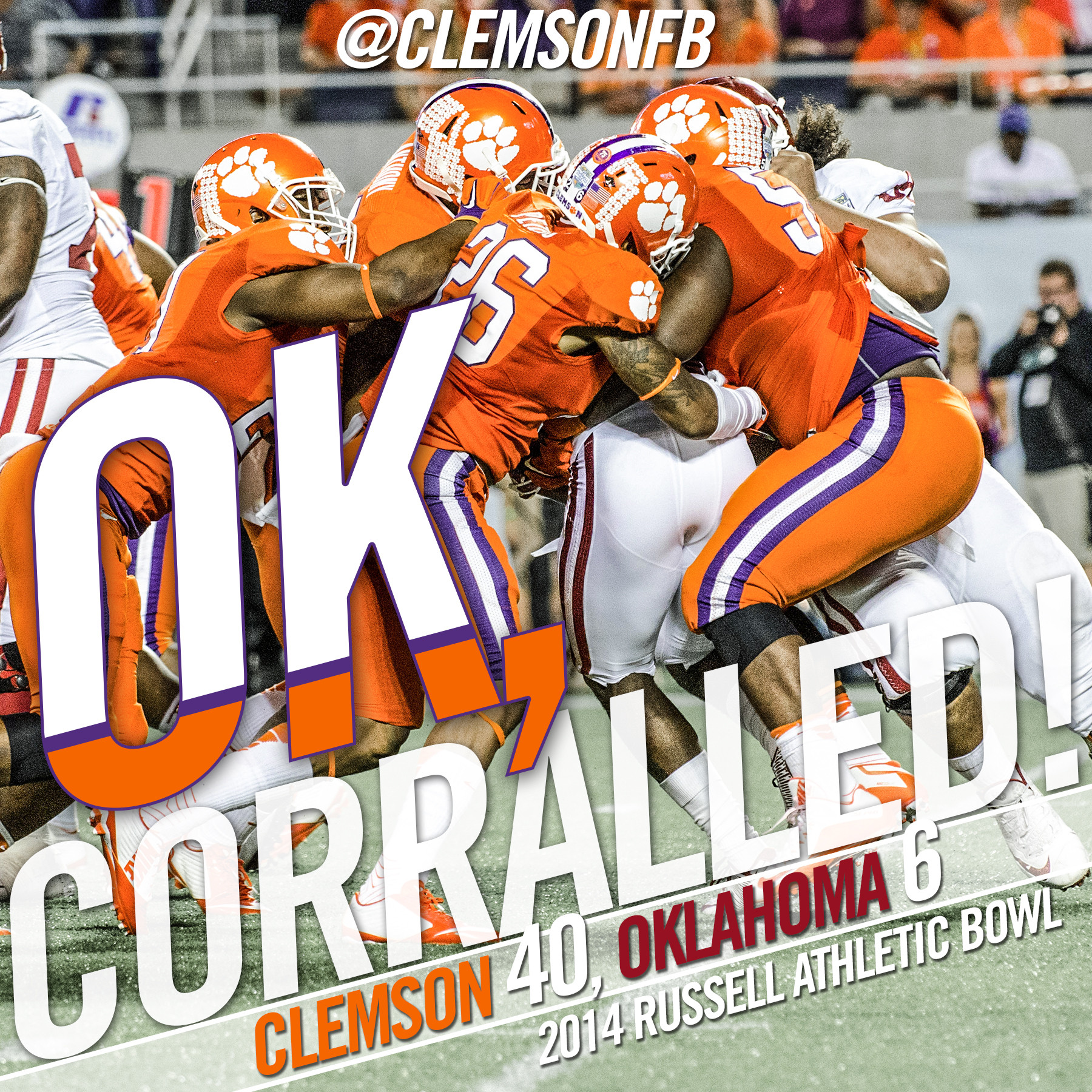 ORLANDO, FLA. – Three-point underdog before the game, 34-point victor after.

Clemson dominated all aspects of the Russell Athletic Bowl in an impressive 40-6 win over the favored and No. 24 ranked Oklahoma Sooners.

The win also gave the Clemson senior class 42 for their careers, extending its school record. The Tigers have recorded four straight seasons with double-digit wins, one of only four FBS programs who can make that claim along with Alabama, Northern Illinois and Oregon.

Senior quarterback Cole Stoudt was named game MVP, a nice end to the signal-caller’s season and career at Clemson. He finished with 319 yards and three touchdowns on 26-36 passing and also added a rushing touchdown.

Artavis Scott had eight receptions for 114 yards and one touchdown, while Mike Williams added nine catches for 112 yards and a touchdown.

Clemson’s top-ranked defense did not disappoint, forcing five turnovers and holding Oklahoma to 275 yards and a lone score in the fourth quarter. Defensively, Korrin Wiggins led the team with seven tackles and added an interception. Ben Boulware had a 47-yard interception return for a touchdown and also recovered a fumble. Grady Jarrett added 3.5 tackles for loss.

In their first game as co-offensive coordinators, Tony Elliott and Jeff Scott put together a gameplan that resulted in 40 points and 387 total yards.

“It’s hard to start your playcalling career better than that,” said Swinney. “We were in sync and in rhythm.