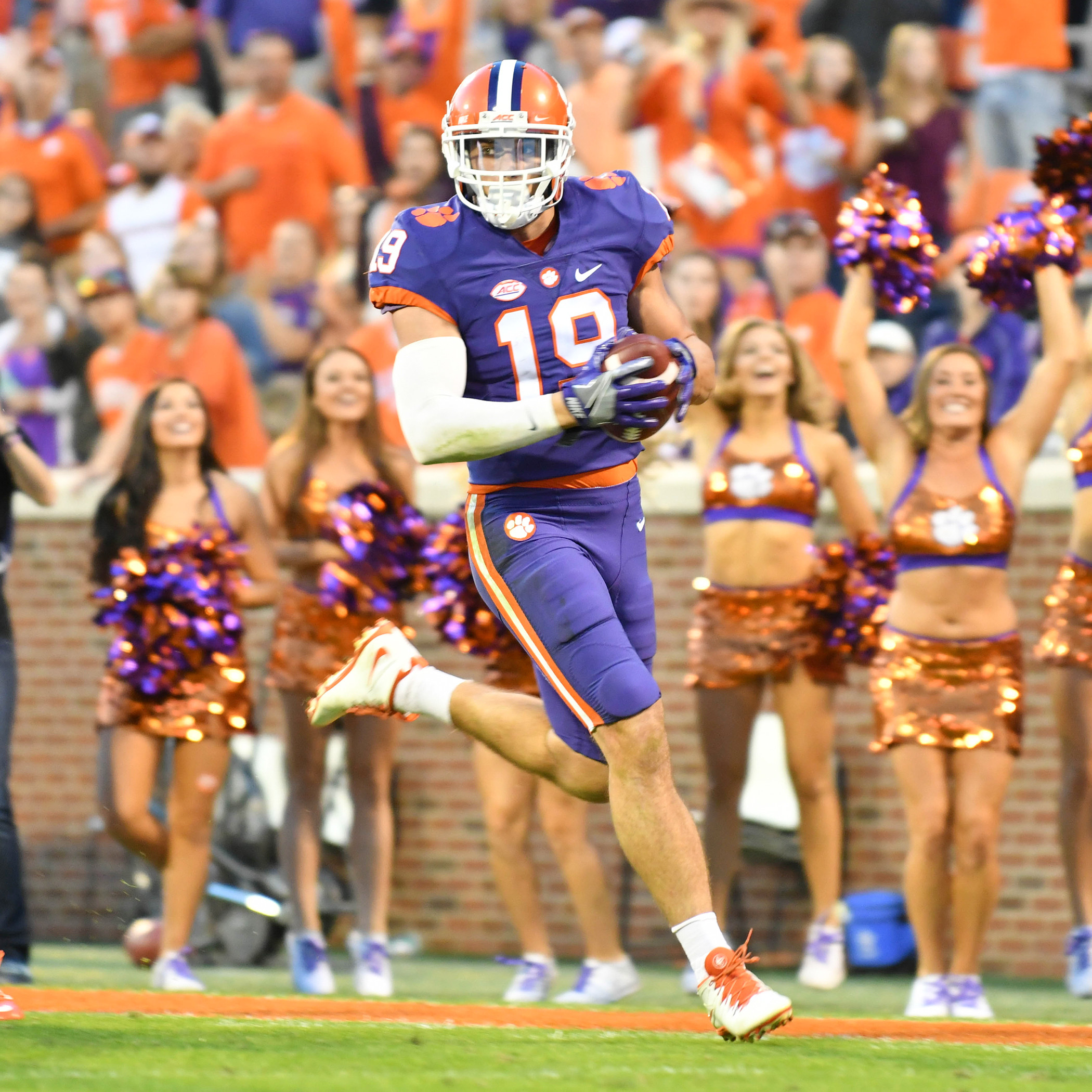 CLEMSON, S.C. – No. 2 Clemson scored double digits in all four quarters to shut out Syracuse 54-0 on Military Appreciation Day at Memorial Stadium on Saturday afternoon. The Tigers moved to 9-0 on the season and 6-0 in the ACC, while Syracuse fell to 4-5 overall and 2-3 in ACC play.

In the Tigers’ most complete game of the season, both the offense and defense made an impact. With a 10-0 lead, Clemson scored 20 second-quarter points behind 330 yards of offense to pull away.

Deshaun Watson did his part when he found Deon Cain for a 65-yard touchdown pass early in the second quarter, the longest play of the season for the Tigers. From there, Clemson shared the wealth, with five other Tigers finding the endzone over the course of the game.

Mike Williams had six catches for 106 yards and a score, while Cain had five receptions for a game-high 125 yards and two touchdowns in the game.

Freshman safety Tanner Muse closed out the scoring with a 64-yard interception return for a touchdown off a deflected pass in the fourth quarter.

The Tigers are back in action versus Pittsburgh at Memorial Stadium next Saturday at 3:30 p.m.