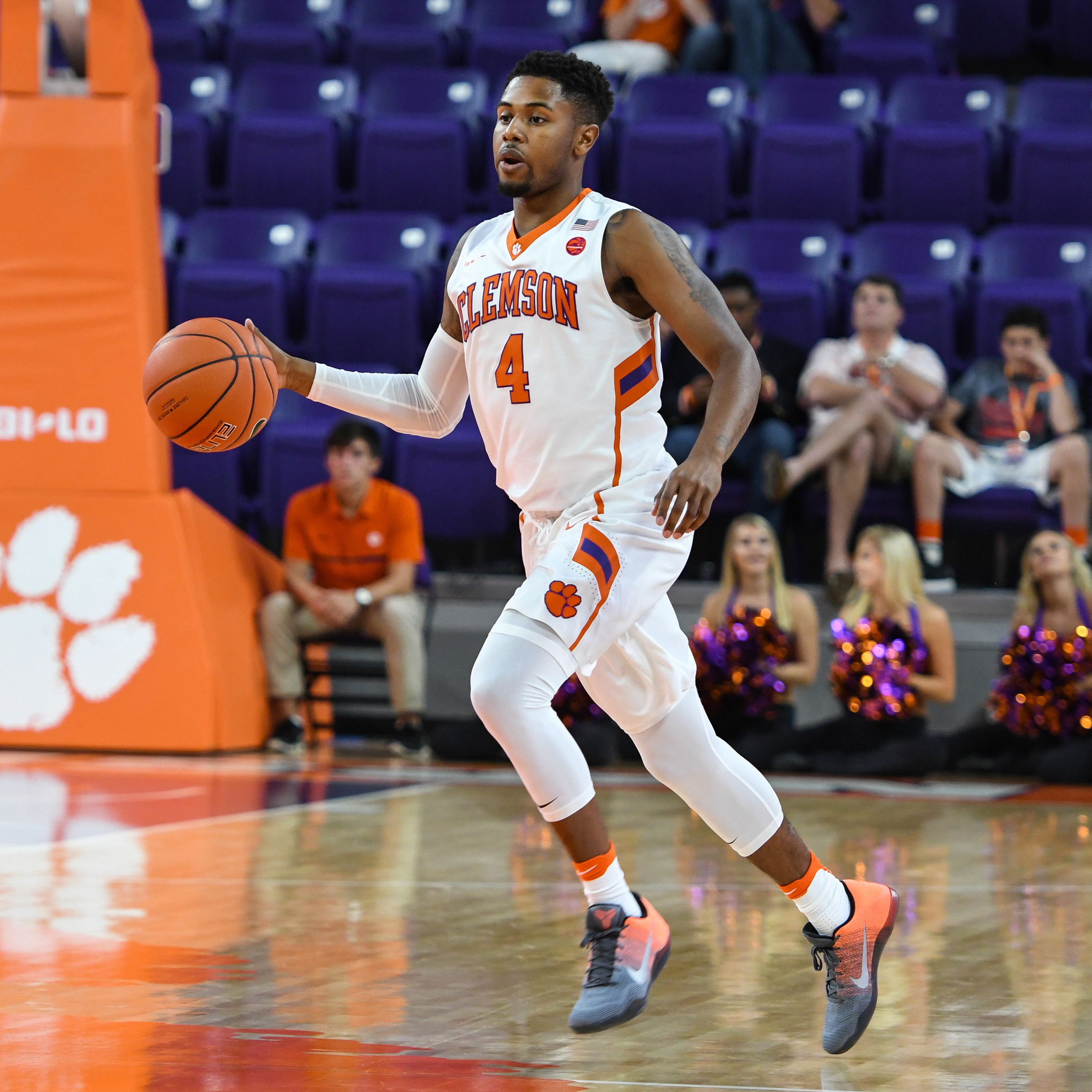 BIRMINGHAM, ALA. — Shelton Mitchell scored a career-high 18 points to lead Clemson to a 67-54 victory over Alabama at Legacy Arena. The win, the Tigers’ second this season over an SEC foe, moved Clemson’s record to 8-2 on the season. Alabama fell to 5-5 overall.

“This was road game togetherness at its finest,” said head coach Brad Brownell. “I’m really proud of our team. We played physical tonight, and played a very good game. Once we settled in, we played with great pace offensively.”

Mitchell was impressive, hitting 6-10 shots including both of his three-point looks. He added five rebounds in 29 minutes, as Clemson shot 44 percent compared to Alabama’s 32 percent. Gabe DeVoe, who hit some big second-half shots, added 11 in the win. Avery Johnson Jr. was the only Tide player in double figures with 17.

Clemson’s defense forced turnovers early and often, as the Crimson Tide committed 11 miscues in the opening half. Six came off Clemson steals, and the Tigers converted in transition to build a 17-point lead on a couple of occasions. After trailing 6-0 early, Clemson put together a 29-6 run over the next 12 minutes. Alabama went without a field goal for over 10 minutes, but Avery Johnson Jr. hit two buckets inside the final 3:15, including the Tide’s first three-pointer with 27 seconds left before halftime to pull his team within 12 at 31-19.

The second half saw the Crimson Tide whittle Clemson’s lead to 10 on a couple of occasions. DeVoe and fellow guard Avry Holmes had an emphatic answer after the first Alabama run with back-to-back triples. Then, center Sidy Djitte hit a pair of layups off of back cuts once the Tide made a second run. Holmes and Djitte combined for 17 points.

The Tigers stay on the road and face another SEC team on Wednesday, Dec. 21. Clemson and South Carolina will tip off at 9 p.m. from Colonial Life Arena in a game televised by ESPNU.