Three Tigers Homer in Loss to No. 5 Florida State

The Tigers came out swinging in the third inning that began with Vieira hitting her first double of the night off the left center wall. It looked like Clemson was going to leave Vieira stranded, but Cammy Pereira hit a hard ball to first base and was able to reach as Vieira slid into home. The Clemson defense shut things down in the bottom half of the inning to hold a 1-0 lead through three.

Clemson tried to keep the momentum going in the fourth inning with Marissa Guimbarda sneaking a ball into fair territory down the right field line. Graduate transfer Sam Russ hit a single of her own to put two on with one out, but the Seminoles turned a double play to end the top of the inning. FSU attempted to even the score in the bottom of the inning after a run advanced to third, but Clemson’s defense once again got out of the inning unscarred.

Vieira continued her night at the plate going yard to leadoff the fifth inning and double the Tigers’ lead. Vieira took the second pitch of her at bat and drove it down the left field line and over the wall. Florida State took the lead in the bottom of the inning after Clemson’s defense made an error allowing the leadoff batter to reach. A single, double and home run with two outs were enough to tie the game and then give FSU a 4-2 lead over the Tigers.

Cagle cut into FSU’s lead in the top of the sixth inning with a solo home run out of right field. Logoleo followed that with a leadoff bomb of her own in the top of the seventh to tie things at 4-4. Vieira continued to shine, hitting a double down the first base line with no outs. She was replaced by Carlee Shannon as a pinch runner who then advanced to third as Bailey Taylor executed a sac bunt for the first out. Arielle Oda was walked to put runners on the corners, but Clemson left them both stranded.

Florida State closed the door in the bottom of the seventh after a batter was hit by a pitch and advanced to third. She came home off a single through the left side to give FSU the win, 5-4.

Cagle started in the circle for the Tigers and pitched five innings. She struck out four batters without giving up a walk. Sophomore Regan Spencer replaced her in the sixth inning and faced eight batters as she fell to 6-1 on the season.

The Tigers and Seminoles are back in action tomorrow evening at 6 p.m. on the ACC Network for the second game of the series. 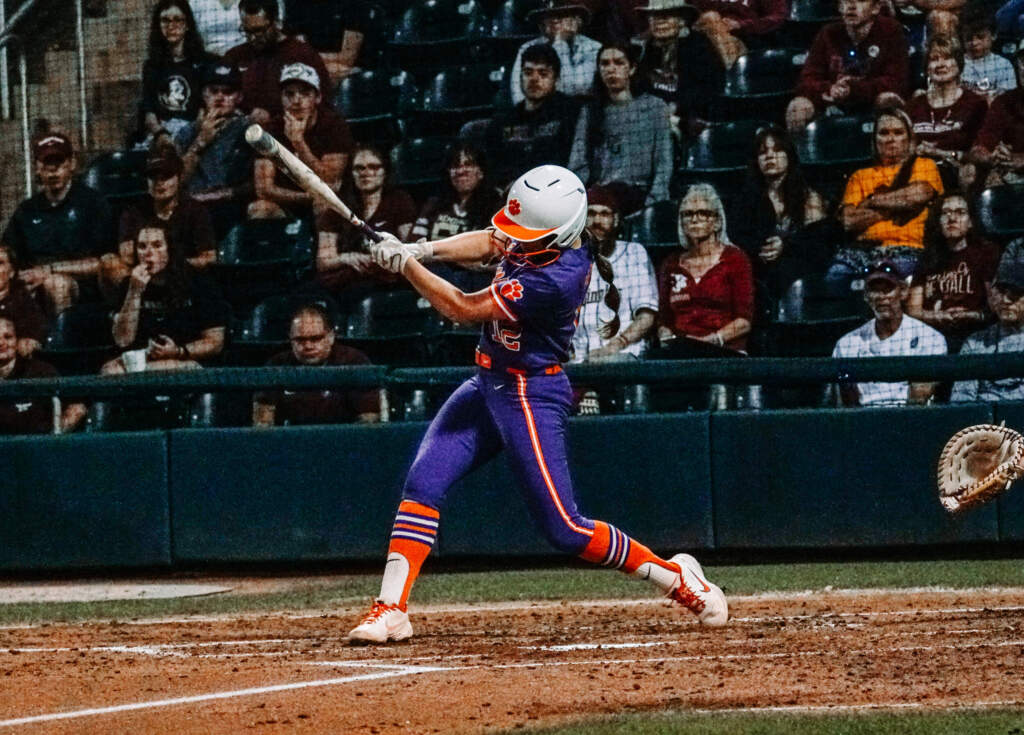 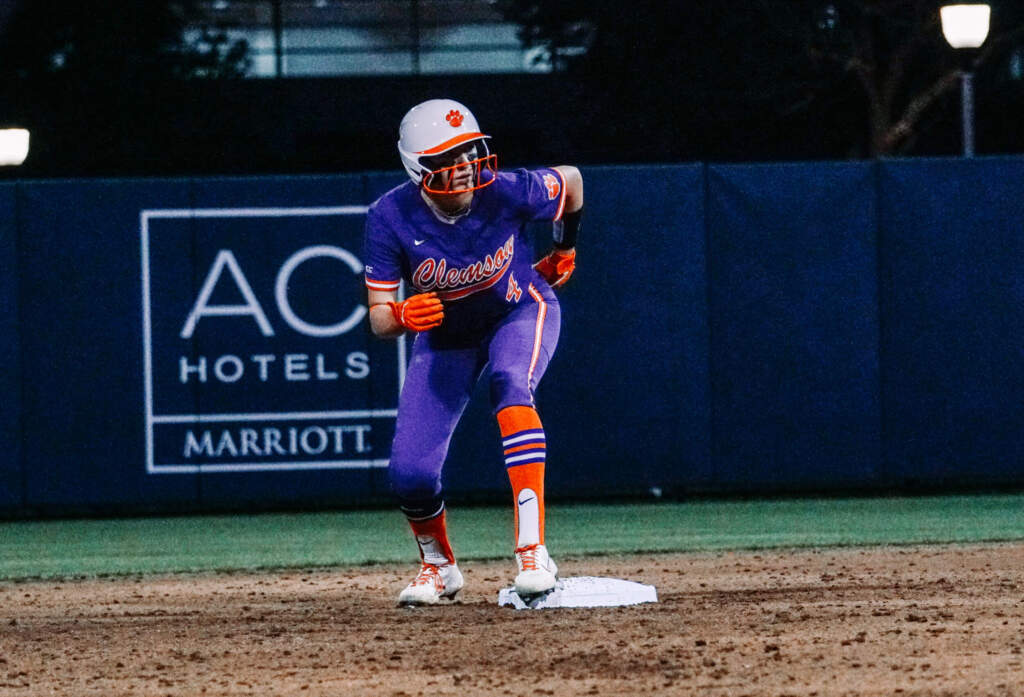 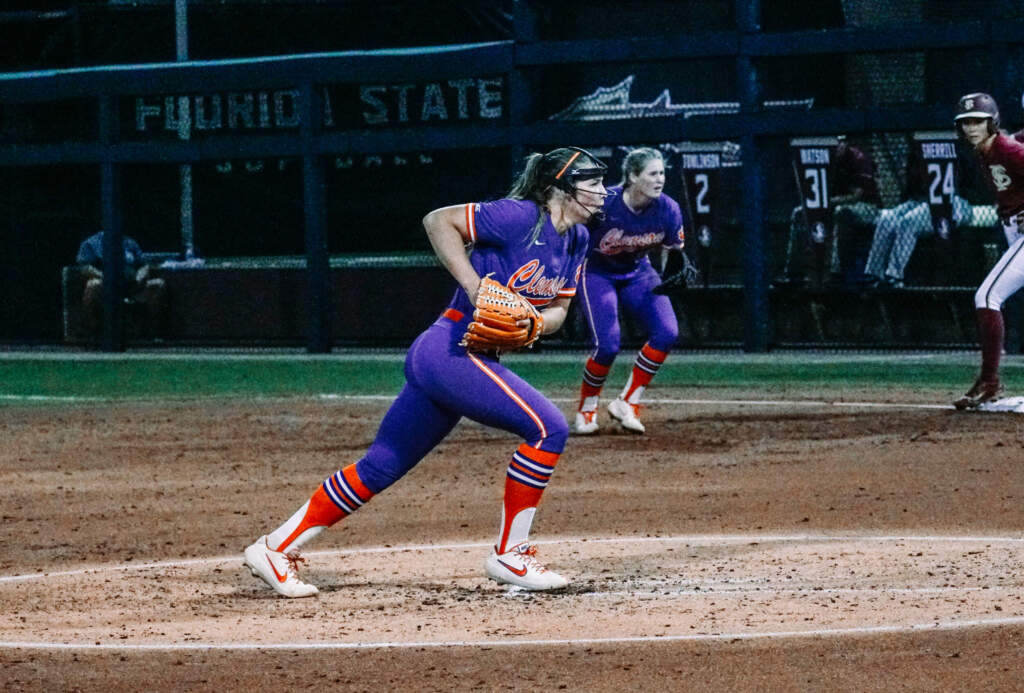 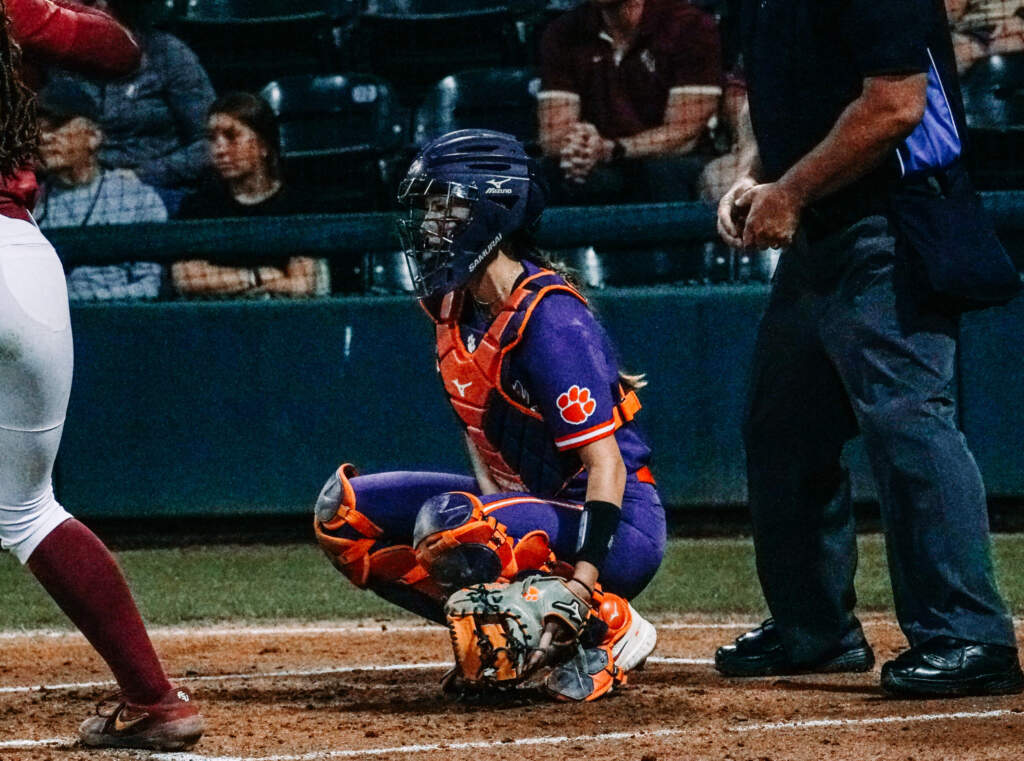 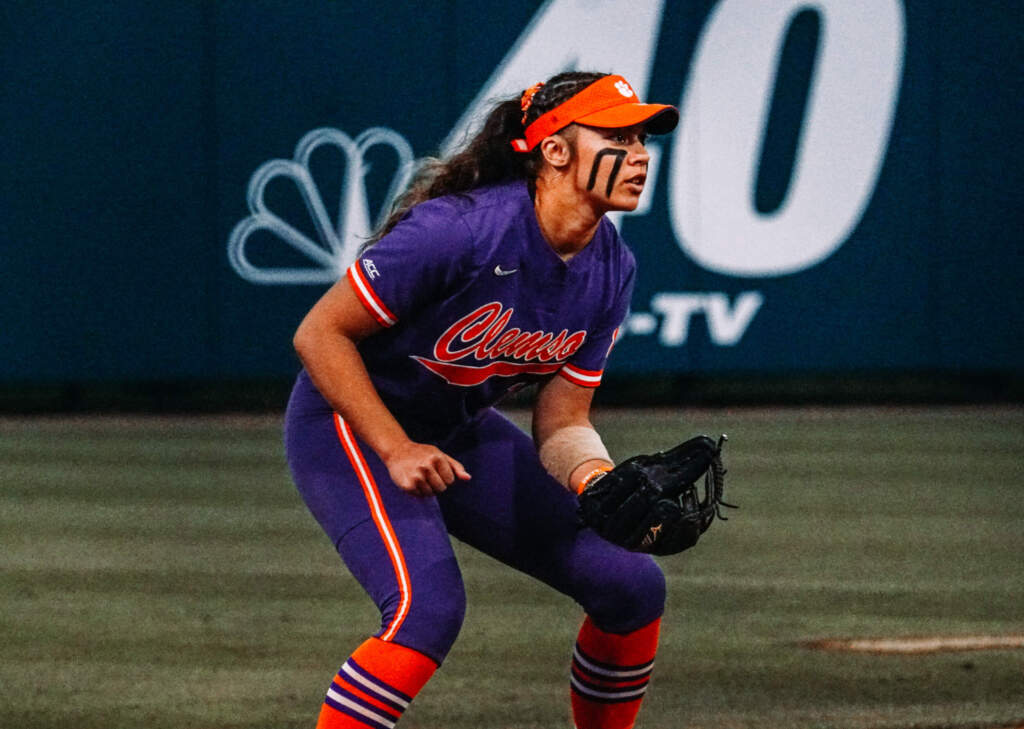 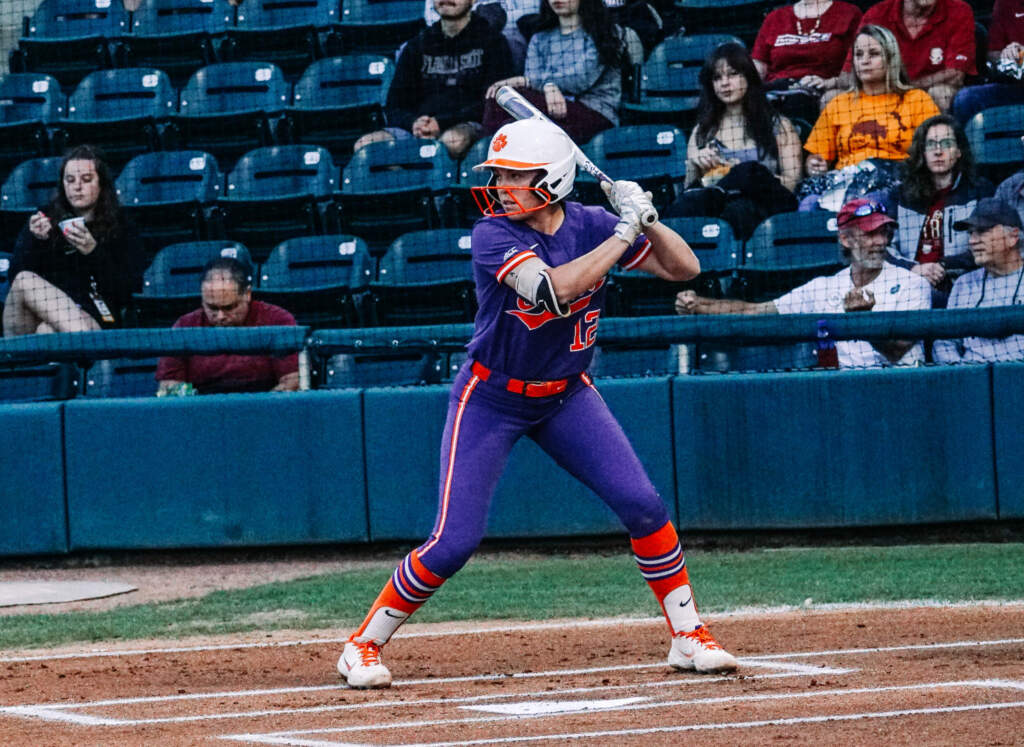 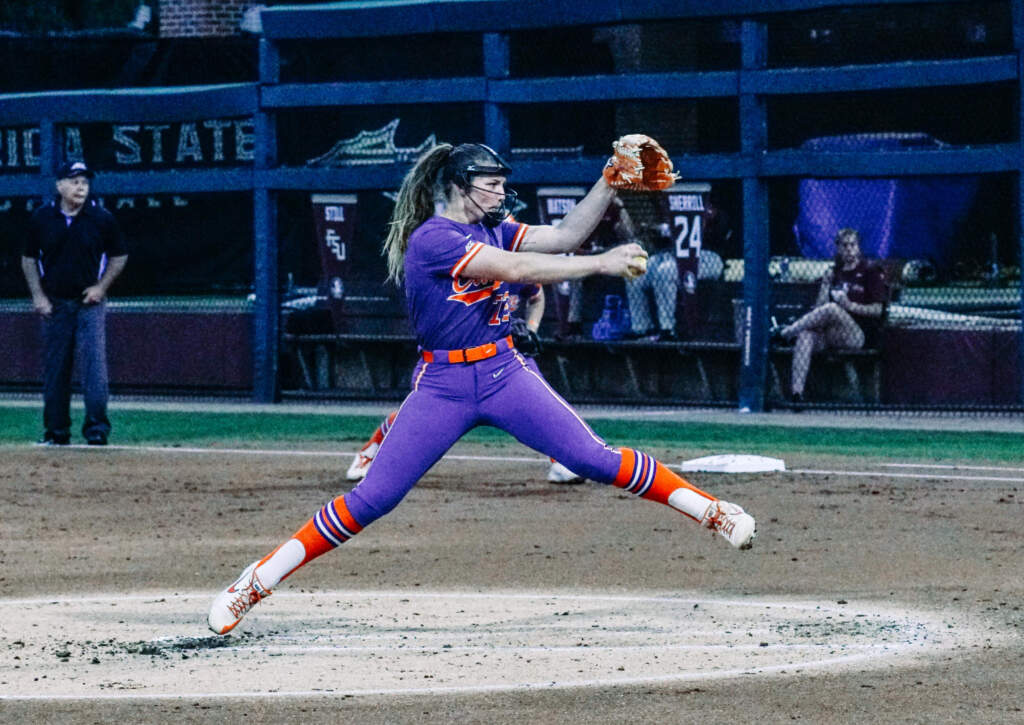