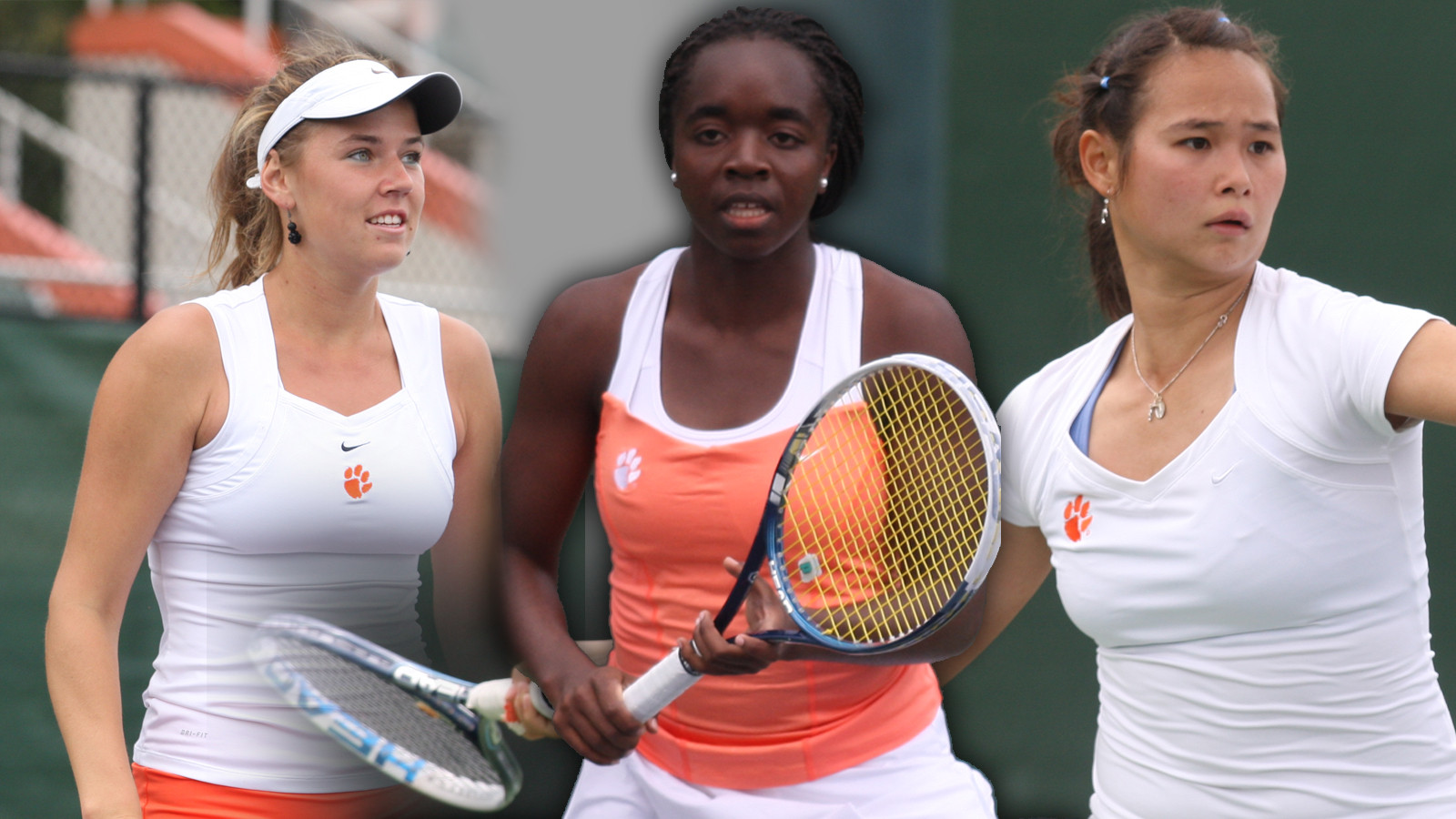 CLEMSON, SC – Three Clemson women’s tennis players were listed among the top 45 in the final national singles poll, released by the Intercollegiate Tennis Association on Wednesday. All-American Yana Koroleva closed the season ranked 13th to lead the Tigers, while freshman Liz Jeukeng finished 42nd, and Beatrice Gumulya came in 45th.  Gumulya and Koroleva also entered the final rankings at No. 34 in doubles, on the heels of their win over the No. 12 and No. 1 duos in the nation in the NCAA Tournament.  In the ITA Carolina Regional rankings, which also came out Wednesday, Clemson was listed as the No. 2 program. Koroleva and Jeukeng were No. 3 and 4 in the region, respectively, while Gumulya came in 8th. The tandem of Koroleva and Gumulya was third. Each of the three players were also named to the All-ACC team. Koroleva became Clemson’s first All-American in singles since 2011 when Josipa Bek earned her third career singles honor. That season, Bek finished the season ranked 13th, tying the two players for the best final ranking since Ani Mijacika was 4th in 2009.  It marked the seventh straight season that at least three Tigers were in the final singles rankings, and the 12th time overall. However, it was only the 2nd time that at least three players were among the top-45 in the country. In 1986, Clemson had four players among the top 45 in Cathy Hofer (10th), Ingelie driehuis (19th), Nicole Stafford (34th), and Marianne Groat (41st). A fifth player, Simone Schilder, was also ranked that season, coming in at No. 86.  The ITA ranks the top 125 players in singles and top 75 doubles teams by computer based on results from throughout the season.  Koroleva closed the season as a winner of 19 of her final 21 matches, and advanced to the NCAA Quarterfinals, becoming just the fourth player in school history to accomplish the feat. She was 28-8 overall in singles with 19 wins over ranked players, and was 19-10 in doubles, including a 10-1 mark with Gumulya.  Jeukeng was 18-7 on the season overall, and played No. 2 singles for the Tigers, going 10-1 in dual match play. She had nine wins against ranked competition, and was 16 year old for the duration of the 2013 season, as she turned 17 in late May.  Gumulya finishes the season ranked for the second straight season, but posted better marks than her No. 124 ranking in singles and No. 63 mark in doubles in 2012. Gumulya was 26-6 overall and advanced to the second round of the NCAA Singles Championships. She also finished 23-6 overall in doubles, giving her a combined record of 49-12, or .803.