Clemson, S.C. – Sophomore Millie Thompson threw her third complete game of the 2022 season, and Valerie Cagle came up with a clutch two-RBI single in the sixth to give the No. 16/15 Clemson softball team a 5-2 win over Louisville in the opening game of the series on Friday night. With the win, Clemson improves to 20-9 overall and 2-5 in ACC action, while Louisville falls to 17-11 (1-3 ACC).

“Big win for us tonight,” said head coach John Rittman. “Louisville is a team that’s going to finish in the upper half of our conference. We knew they are a team with capable seniors that can hit, so I’m very proud to get the win tonight. Millie (Thompson) pitched phenomenal for us tonight and our offense responded and battled all night. When we had two strikes in our at bats, we were willing to wait and take some walks instead of swinging at pitches out of the zone. It was an impressive team win. Our bench has done an outstanding job, and I’m proud of our team.”

Friday evening started as a pitcher’s duel between the Tigers and Cardinals as neither program allowed more than one hit until the third inning. Thompson started on fire in the circle after striking out the side in the first and adding two more in the second.

Clemson broke the game open offensively in the fourth inning with Sam Russ drawing a walk and quickly stealing second for her 13th-stolen base this season. Kyah Keller got a hold of a ball that was sent back to Louisville’s second baseman who made an error on the play. Russ was waved home from third after the ball rolled into the outfield to put the Tigers up, 1-0.

Louisville answered in the fifth with a single followed by a two-run homer to take the lead. Clemson quickly responded in the bottom half of the inning that started with McKenzie Clark drawing a walk followed by Valerie Cagle hitting a single into center field. Russ drew her second walk of the night to load the bases with two outs, and Keller brought home Clark, the tying run, with a walk of her own. After five, the game was tied, 2-2.

The Tigers captured the lead again in the bottom of the sixth with freshman Maddie Moore starting the inning with a double into right center. Catcher JoJo Hyatt advanced her to third with a sac bunt. Clark came up with a crucial walk and quickly moved to second on a stolen base to put two in scoring position for Cagle. With two outs, Cagle stepped to the plate and hit a single down the left field line to score both Moore and Clark giving the Tigers a 4-2 lead.

Clemson added an insurance run with Marissa Guimbarda hitting a single into center field that advanced Cagle to third. Due to a throwing error by Louisville that went into the visitor’s dugout, Cagle advanced home to give Clemson the 5-2 lead that would hold for the victory.

Thompson faced 27 batters en route to her sixth win of the season. She struck out nine batters while limiting Louisville to only four hits with three walks.

The Tigers and Cardinals will continue the series tomorrow evening at 5 p.m. at McWhorter Stadium. 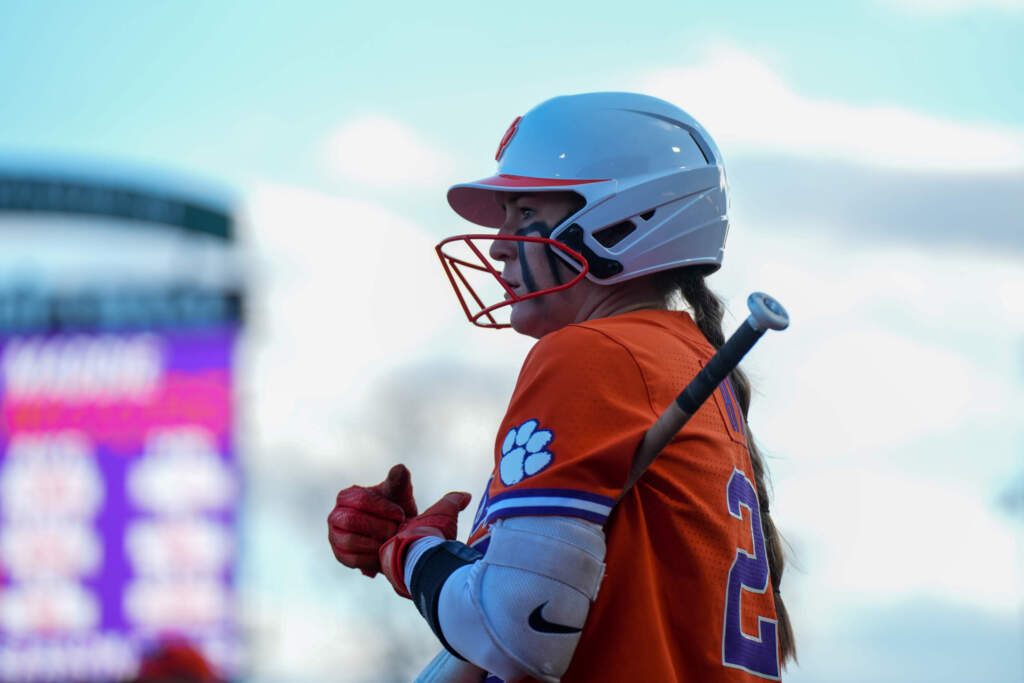 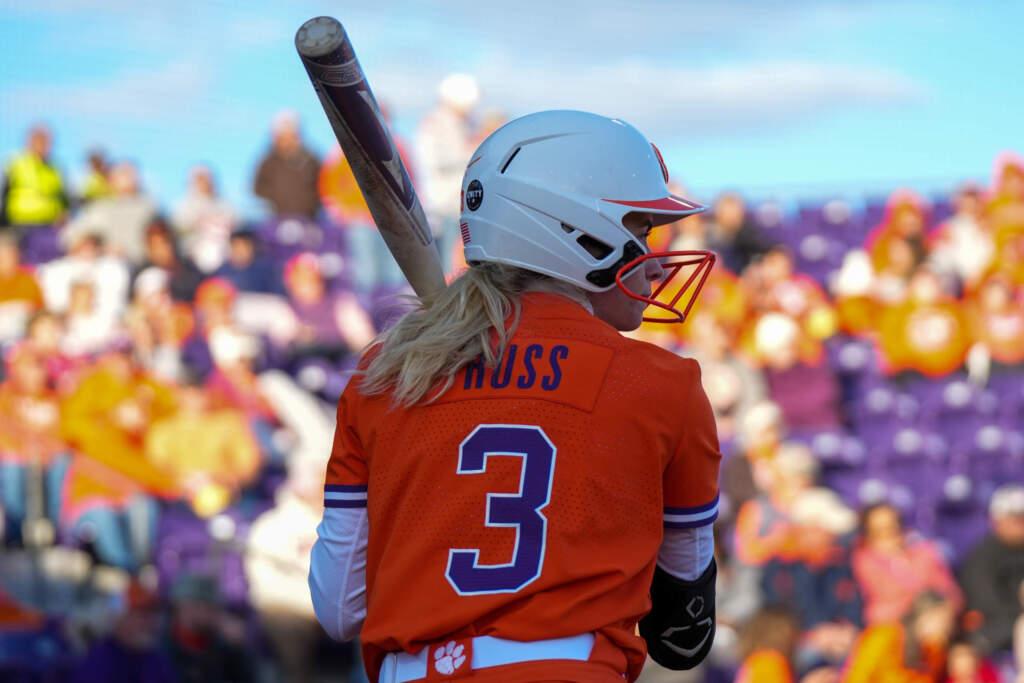 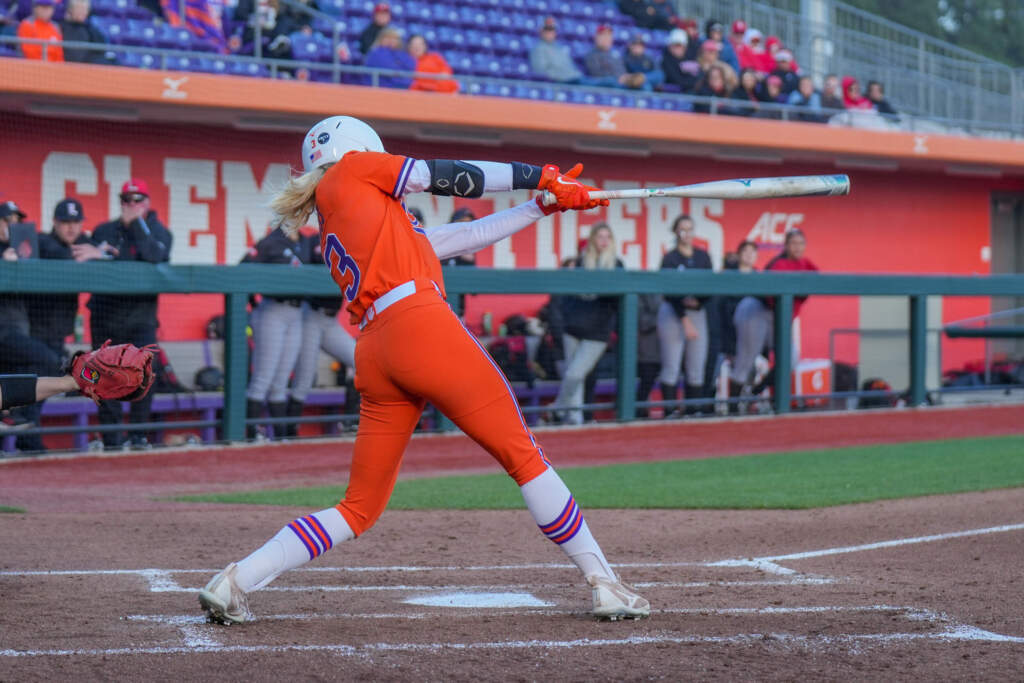 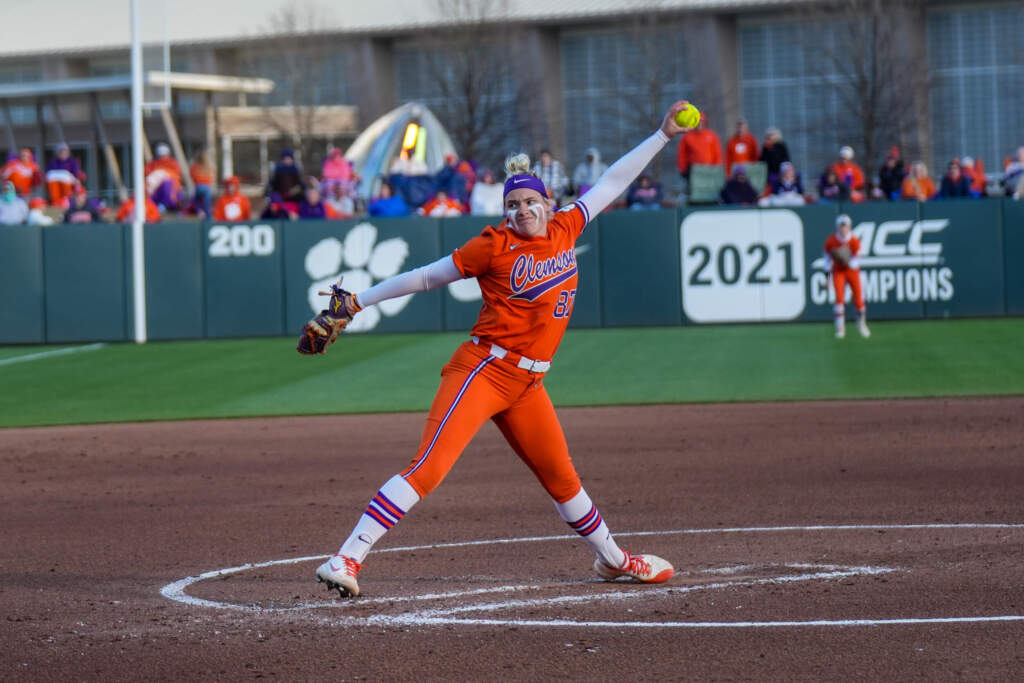 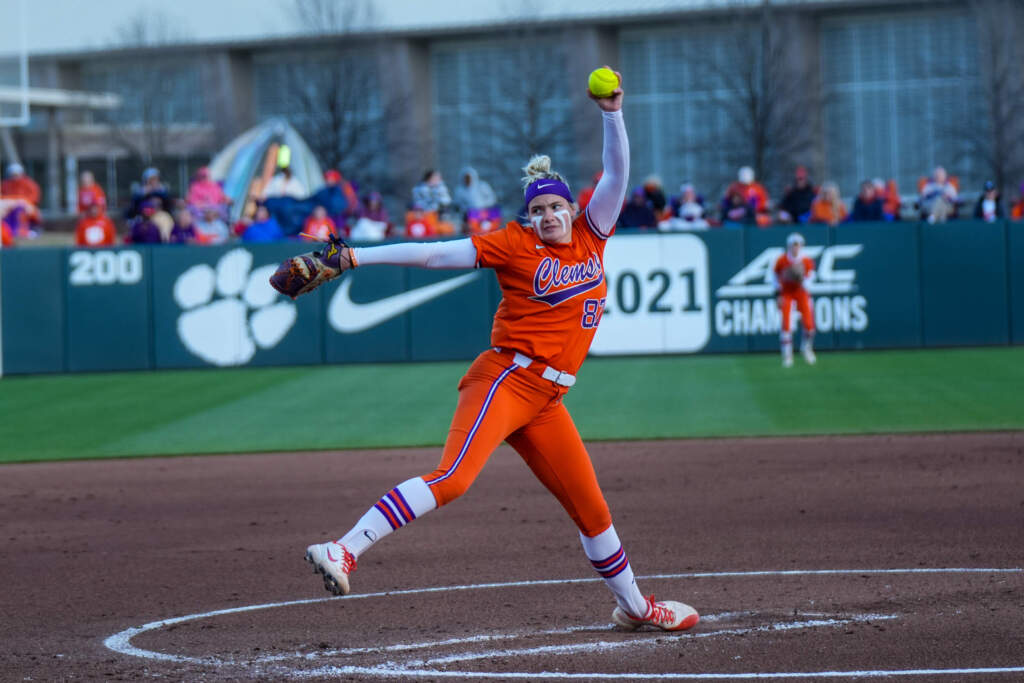 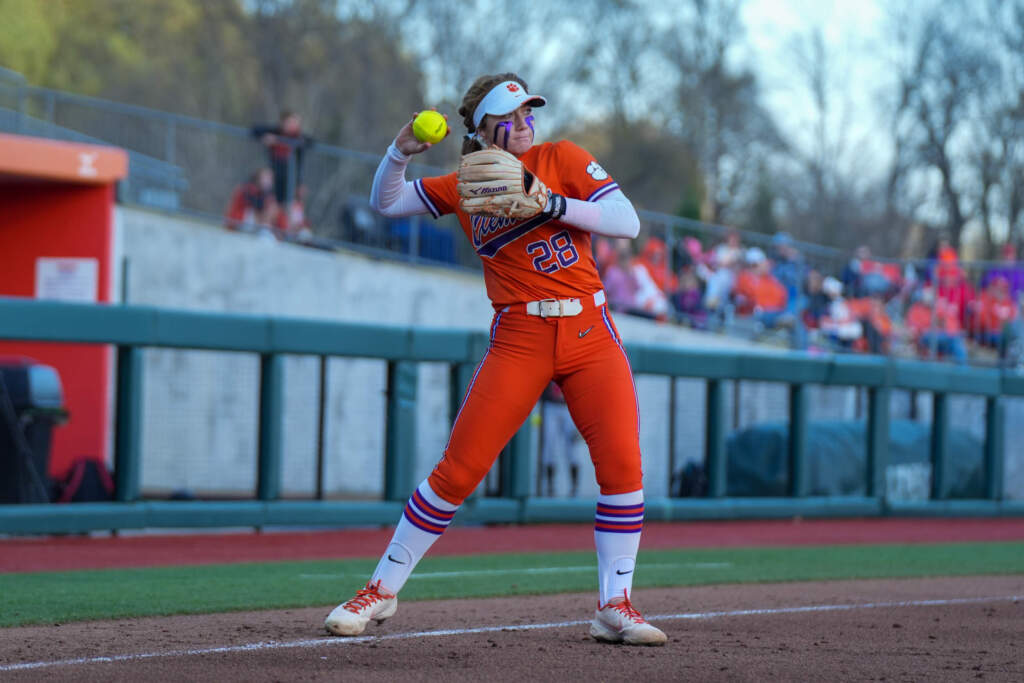 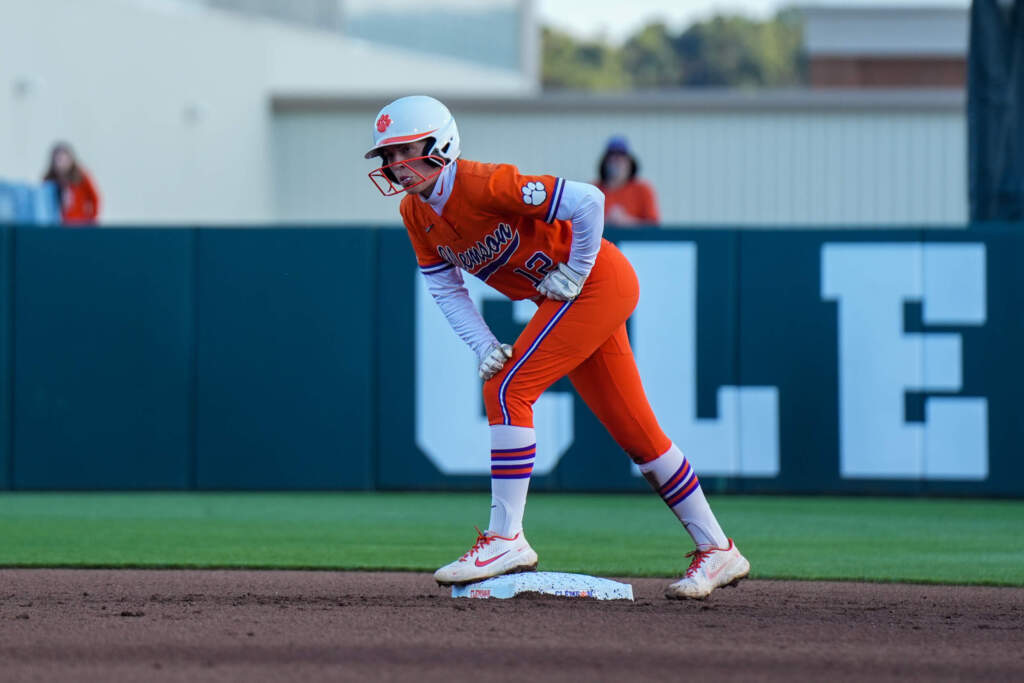 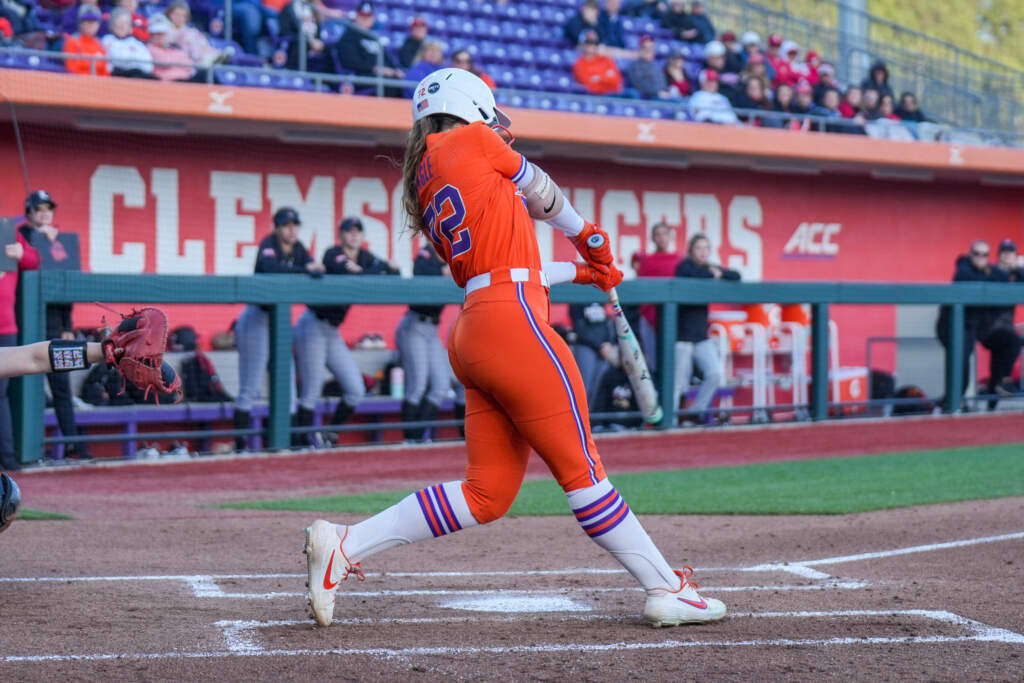 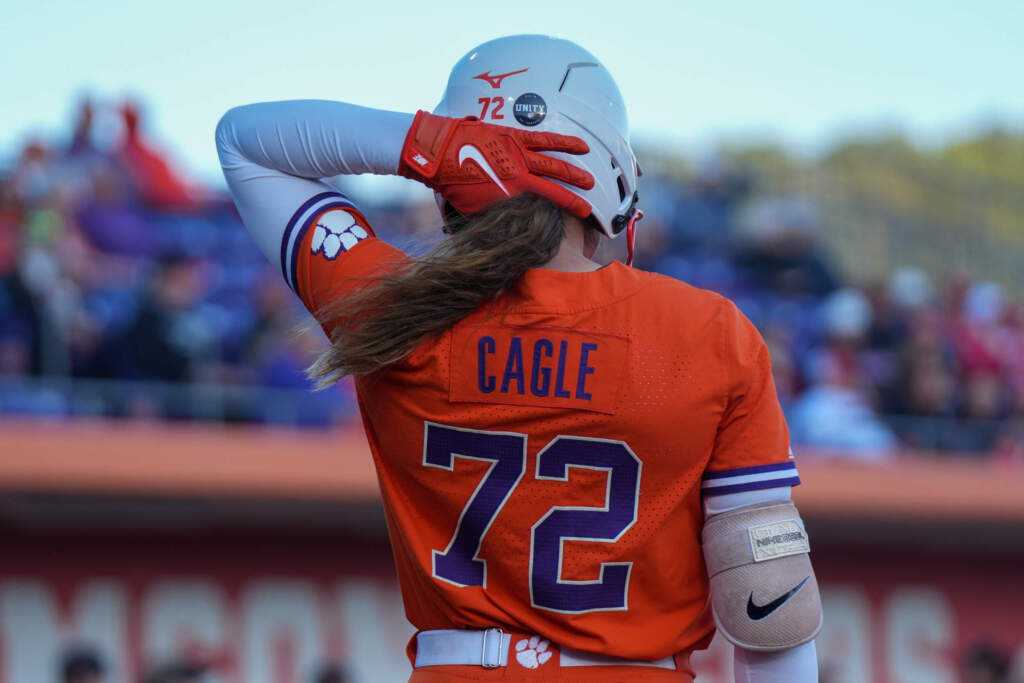 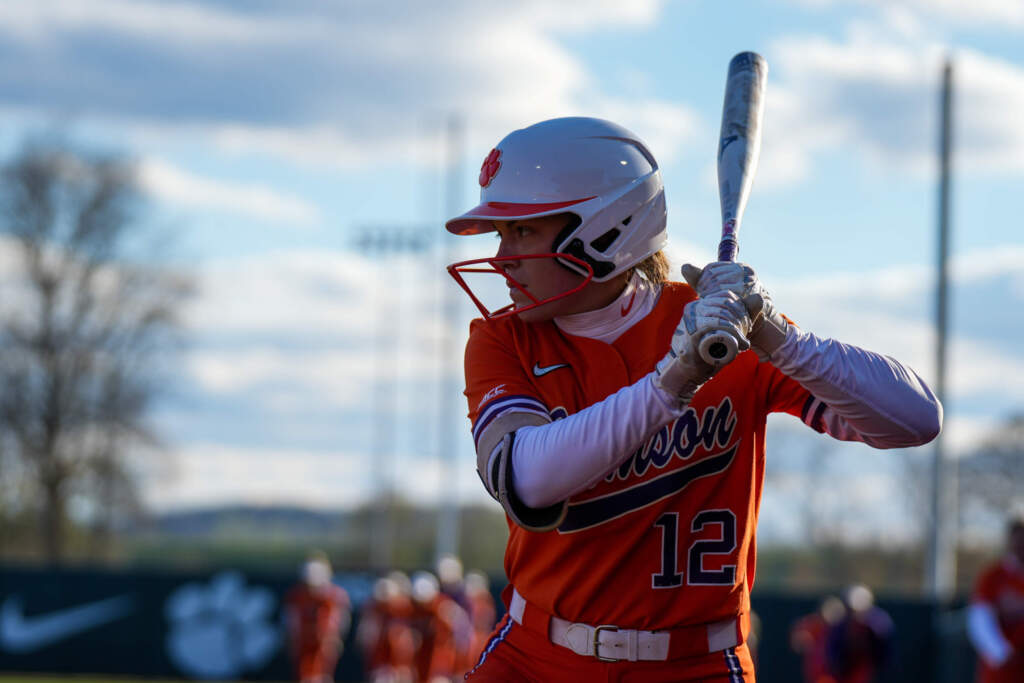