So often you hear college football players say the relationships you make on a football team last for a lifetime. Thomas Austin would make that statement about many of his teammates during his career as a Tiger (2005-09).

But one teammate stands out.

Tyler Grisham came to Clemson in the same 2005 recruiting class, and they quickly formed a friendship that led them to being roommates for three years. Grisham had an impact on the Tiger offense as a slot wide receiver. In many ways, he started the #13 jersey tradition at that position.

Austin, like most offensive linemen, redshirted in 2005. However, he saw playing time on Clemson’s 2006 offensive line that paved the way for James Davis and C.J. Spiller to highlight an offense that finished the year fifth in the nation in rushing.

Austin started on offense with Grisham in 2007 and 2008, then for the 2009 season after Grisham graduated. Austin played 2,501 snaps in his career and started each of his final 38 contests. His blocking from his offensive guard position was a big reason Spiller had a magical season and finished sixth in the Heisman Trophy voting.

That final year, Austin earned third-team All-America honors from Sporting News, was an All-ACC selection and was chosen All-ACC Academic for the third straight year.

Undrafted after his senior year, Austin made the New England Patriots roster as a free agent. He went on to play four seasons in the NFL, adding stops with Houston, Carolina and Indianapolis.

“I had a couple of tryouts leading up to the 2014 season, but did not make it,” he explained.

Austin continued to stay in shape in case a team called that fall.

He had his political science degree, but he was at a crossroad in his career.

“I didn’t come to Clemson thinking I would be a coach after my playing career ended. I didn’t think that much about it when I was playing in the NFL.”

But during the 2014 season, he talked with Grisham, who had returned to Clemson after his NFL career to be a graduate assistant on Dabo Swinney’s staff.

“Tyler asked me if I would be interested in coaching, and I started to give it some thought.”

At the end of the season, Chad Morris took the SMU job and Dustin Fry (who had been a graduate assistant working with the offense linemen) went with him.

“I talked with Coach Swinney and Brad Scott (his position coach as a Tiger player) about it and we decided to go to the bowl game (against Oklahoma) that year. After the bowl game, I talked with my wife and people I respected in and out of the profession, and I decided to give it a year as a graduate assistant. If it didn’t work out, my wife and I would finish up our master’s degrees.”

Ironically, Austin was a following Fry on the Tiger staff. In the 2007 season, Austin replaced Fry as Clemson’s starting center.

That phone call and discussion with Grisham was the start of a four-year run (2015-18) as a graduate assistant and offensive analyst on Swinney’s staff. What a four years to be on the Clemson staff. The Tigers won the ACC title and went to the College Football Playoff all four seasons, winning two national titles.

Austin helped the Panthers to bowl games in 2019 and 2020. But the biggest moment was beating Tennessee in Knoxville in his first game.

“That was amazing to be a part of that win.”

After the 2020 season, Austin had a talk with Clemson Offensive Linemen Coach Robbie Caldwell and Swinney. Caldwell was planning to work one more year and they thought Austin would be a great heir apparent. All involved thought it would be a good idea for Austin to come back for the 2021 season and be around the program as an offensive analyst.

“Coach Caldwell recruited me at Vanderbilt when I was in high school. He was always going to do everything the right way and do what was best for the program.

Eight years after getting that initial phone call from Grisham, Austin is on the same staff with his old roommate.

“This is a dream job…I love this university. I met my wife here. I was a part of the transition between Coach Tommy Bowden and Coach Swinney. I know what it is like to run down the Hill, wear the Paw and win championships. I want to build on that tradition.” 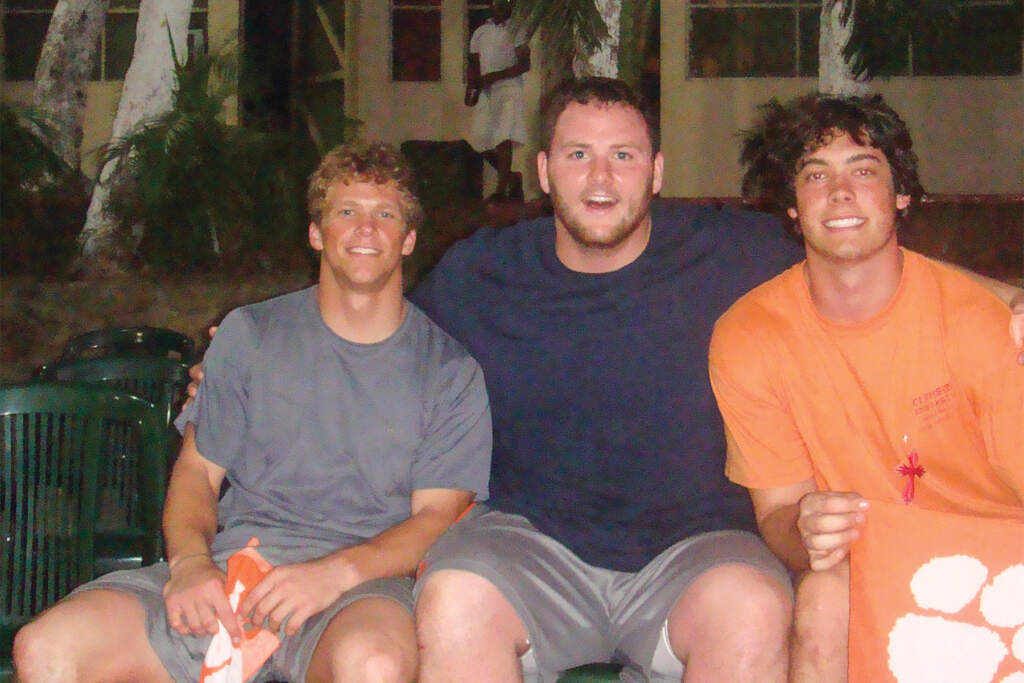