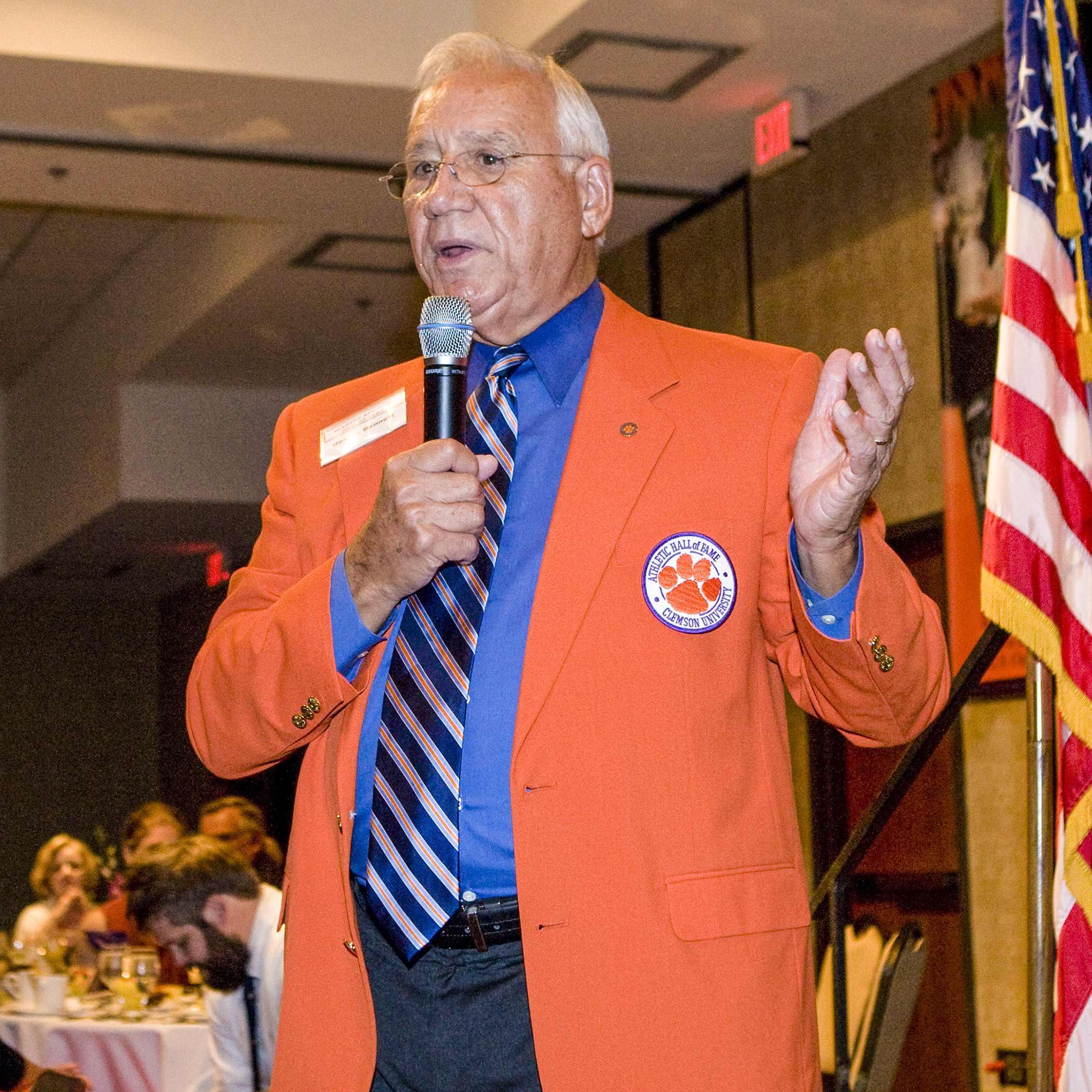 There are a lot of traditions at Clemson, some that deal specifically with the Clemson football program, and others that have meaning beyond sports.

Have you ever wondered how some of these traditions started?

How did it come about that a cannon is fired after the Tigers score a touchdown, field goal or safety?

Where did that $2 bill tradition start, a tangible example of the effect Clemson has on the economy when the Tigers go on the road?

When did Clemson fans start wearing orange to sporting events, home and away, and why did it start all of a sudden?

And what about the Welcome Back Festival that is held the first week of school in downtown Clemson? How did that come about?

Well, there is one man who knows all of those answers, because all of those traditions were basically his idea…George Bennett, who is 84 years old.

A native of Columbia, S.C., the home city of our longtime rival, Bennett came to Clemson as a freshman in 1951. Those were the days Clemson was a military school, and that lifestyle bred leaders.

Bennett had the personality of a leader, not from an intimidation, military standpoint, but he had an outgoing, magnetic personality. It did not take long for his classmates to sense that, and he was voted president of the Clemson freshman class of 1951.

Bennett played football and basketball in high school, but he was not quite good enough to play for the Tigers. After his sophomore year, it was suggested that he try out for the cheerleading team.

“Clemson was an all-male school, so there were no female cheerleaders,” recalled Bennett. “I didn’t jump at the idea at first, because I had always played sports. But I finally decided to try out and I made the squad.”

Bennett had been a diehard Tiger fan before he came to school, and he continued to go to all the games as a student. So going to the games as a cheerleader seemed like a fun idea. He might even have his travel paid for.

In 1953, Bennett’s father went to an Army football game at West Point. The cadet cheerleaders, also an all-male unit, fired a cannon after each score.

“My dad came back from that game and said, ‘Clemson needs to fire a cannon after a score like Army does.’

It made sense to both Bennetts, so his father bought a small cannon in the summer of 1954. Bennett, who was named head cheerleader for the 1954 season, brought it back to school and took it to head coach Frank Howard’s office.

“I thought I should show it to coach Howard and tell him what I wanted to do. I told him we wanted to fire the cannon after every score, and coach Howard said, ‘What makes you think we are going to score any touchdowns?’

The tradition could have lasted only one game, because the cheerleader assigned to firing the cannon nearly blew off his foot after the first Clemson touchdown.

“My dad ran down from the stands, because he knew he could have injured himself shooting it off that way.”

The next week, Bennett’s father purchased a hand truck for the cannon to rest on, which made the process easier. Believe it or not, the same hand truck first used in 1954 is still used today.

After graduation in 1955, Bennett took a job with the Esso Corporation and moved to Florida with his wife, Nancy, and their young children, Bonnie and Jeff. Bennett was making a nice living in Florida, but one day he learned Clemson was looking for an alumni field representative. He interviewed for the job, and after some thought, he decided to take a pay cut and return to Tigertown.

“I took a piece of paper and drew a line down the middle. Nancy and I wrote down all the pros and cons, and the pros for the move won out.”

He started that position under Dean Walter Cox in 1967. Then in 1970, when Howard retired, Bennett struck up a friendship with the new football coach, Hootie Ingram.

Ingram did not have a great record as coach, but he had a sixth sense about fundraising and administration. He believed Bennett would be a good addition to the athletic department, especially when it came to fundraising.

“Hootie told me he wanted me to raise ‘big dollars’.”

One day, Dr. R.C. Edwards, Clemson’s legendary president, called Bennett to his office and simply told him that he had been reassigned to athletic fundraising.

Bennett worked hand-in-hand with Gene Willimon, then the executive director of IPTAY. With Bennett going after the “big dollars,” IPTAY raised over $500,000 in 1972, up from $300,000 the year before. Clemson’s scholarship fundraising organization raised over $1 million for the first time in 1977 and reached $2 million in 1979.

The hours were long, but these were also simpler times when it came to athletic administration. Bennett, Ingram, athletic director Bill McLellan and others were involved in the adoption of the Tiger Paw as Clemson’s new athletic logo. There was a week-long publicity caravan through the state of South Carolina, Charlotte and Atlanta to spread the word.

Bennett traveled with many of the sports teams and took the opportunity to meet with potential Clemson boosters on those trips. In 1972, he traveled with the football team to Norman, Okla., for the Tigers’ contest against No. 2 Oklahoma.

“I was sitting on the front row of one of the buses with Jerry Arp, who was our promotions director at the time. Jerry was a brilliant go-getter. When the bus turned into the stadium, all we could see was 50,000 people dressed in red.”

Bennett and Arp turned to each other, and the light went on almost simultaneously.

“We need to get our fans to start wearing orange to all our sporting events.”

So the week after that game, Arp wrote an article in the IPTAY Report encouraging Clemson fans to wear orange. Slowly but surely, the tradition grew to what we see today.

Many of you also know of the tradition of Tiger fans bringing $2 bills when the Tigers travel to road games, especially bowl games. Paying cash in the form of $2 bills shows the local economy the impact the Clemson fanbase has on the town.

This came about in 1977, when Georgia Tech announced it would no longer play Clemson. Head coach Pepper Rogers wanted to play an easier opponent, so he scheduled William & Mary in Clemson’s place for the 1978 season.

“That was a big disappointment,” recalled Bennett. “In 1977, it had been 18 years since we had been to a bowl game, and Atlanta was one of the great up-and-coming cities of the nation. That was like our bowl trip. Our fans enjoyed going to Atlanta, and we sold 15,000 tickets a year to that game.

“We wanted to show the city what they were going to miss out on by not playing Clemson. So I said at a meeting to encourage our fans to bring a lot of $2 bills with them in 1977 when we played down there.”

Many stories were written about it in the Atlanta Journal-Constitution with quotes from local storeowners. Georgia Tech did not cancel the William & Mary game the next year, but people knew the impact of the Clemson fanbase. A few years later, the Yellow Jackets joined the ACC.

Ironically, Clemson’s 18 years without a bowl ended, as the Tigers were invited to the Gator Bowl at the end of the 1977 season.

After IPTAY reached the $2 million mark in 1979, Bennett was wooed away from Clemson by Vanderbilt. He remained in Nashville until he returned to the Palmetto State to become the athletic director at Furman in 1986. Two years later, the Paladins won the Division I-AA national title. In 1989, Bennett returned to Vanderbilt to be a fundraiser at Baptist Hospital.

Four years later, Allison Dalton decided to leave his position of executive secretary of IPTAY, and athletic director Bobby Robinson put in a call to Bennett.

“George, are you ready to come home?” said Robinson, who had worked with Bennett when he was an assistant athletic director in the 1970s and 1980s.

Bennett and his wife were ready to return to Clemson, where he served in a full-time capacity for 14 years. During his last five years (until 2012) under athletic director Terry Don Phillips, Bennett served as Clemson’s athletic goodwill ambassador, representing the athletic department at various functions, including funerals and wedding, and giving tours of the athletic facilities.

I have to wonder how many children first learned of the traditions of Clemson from Bennett on those tours. They had no better teacher because, quite frankly, many of those traditions were his idea.

I would also bet a lot of them are now Clemson students. 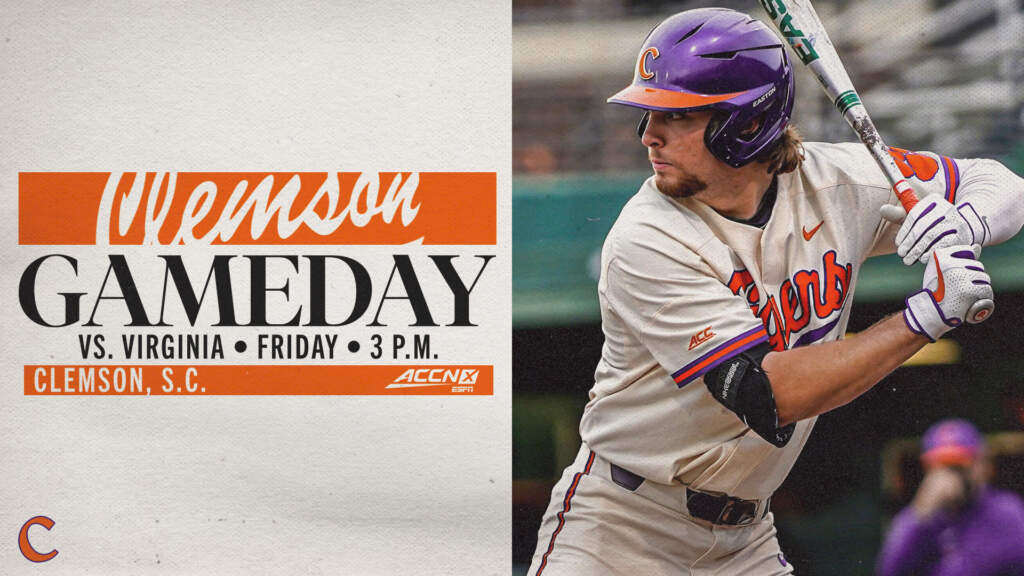