The Path to Albuquerque: Devon Brooks

As the NCAA Indoor Track & Field Championships draw near, we’ll take a look at the path that each of Clemson’s six individual qualifiers took to get to the meet in Albuquerque, N.M.

Devon Brooks is in just his first year with the Clemson Track & Field program after spending his first two years of college in Gaffney, S.C. at Limestone College. Brooks, who is originally from McDonough, Ga., joined the program having earned collegiate experience in six different events while at Limestone, competing in the 200 and 400 meters, along with the 60 and 110 meter hurdles and contesting in the high jump and long jump events.

Brooks, who is now firmly established in Tigertown, has been enjoying a marvelous indoor season. Brooks’ season began at the 2019 Clemson Opener, as he jumped 2.07 meters in the high jump and ran 8.03 seconds in the 60 meter hurdles, an event which he held a prior best in of 8.08 seconds from his time at Limestone. Improvement would continue as Brooks would lower his time of 8.03 to 7.80 at the Orange & Purple Elite with the new mark making Brooks the No. 10 performer in Clemson’s history.

Brooks wasted no time in riding the new momentum to an even faster mark, sprinting to a result of 7.71 seconds at the South Carolina Invitational on Feb. 7, becoming the No. 4 performer in Clemson history and running one of the best marks in the country. 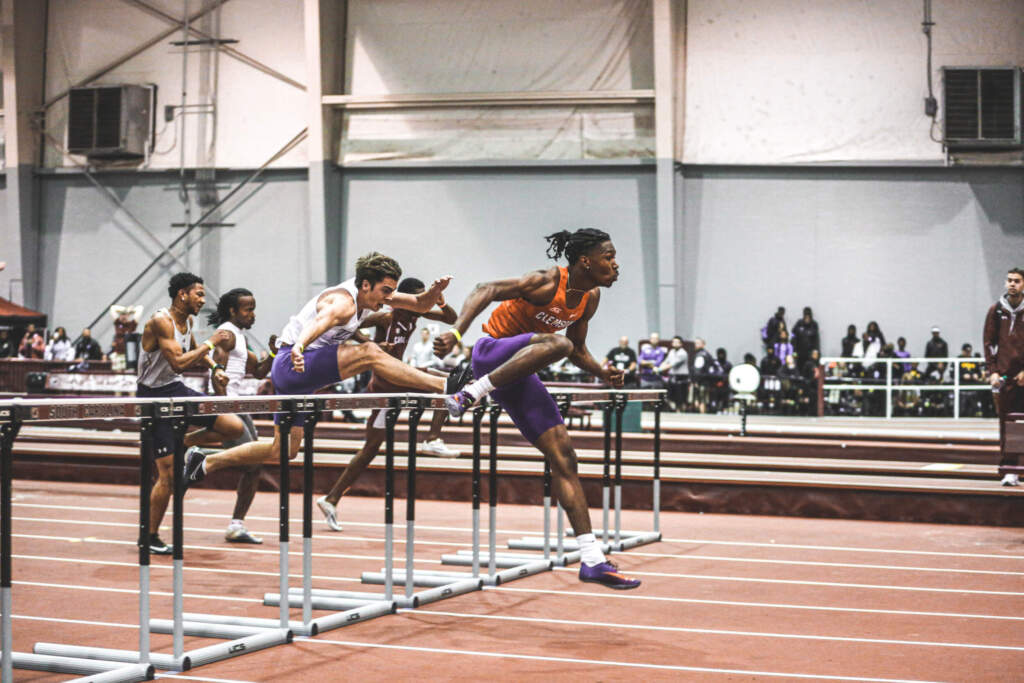 As time passed, Brooks continued to compete well, finishing seventh overall in a field loaded with world-class talent at the 2020 Tiger Paw Invitational and finishing fifth in the event at the ACC Indoor Track & Field Championships.

After the dust had settled around the country after a slew of conference championships were contested, Brooks ranked No. 11 in all of NCAA Division I for the event.

When Brooks takes to the track next week, it will not be his first time contesting the event at a National Championship, as Brooks ran in the 60 meter hurdles at last year’s Division II Indoor Championships, finishing 10th overall.

This time around, Brooks will surely have his sights set on an improvement on what has already been an impressive first season as a Clemson Tiger.