While doing some research at home this past summer during idle times created by the COVID-19 pandemic, I logged on to the website CollegePollArchive.com, which has everything you ever want to know about the Associated Press college football poll.

That is a good streak, but it was only 55 percent of the way to the all-time record of 137 consecutive polls in the top 10 by Miami (Fla.) from 1985-93. That record is still 41 ahead of the second-longest streak of 96, set by Nebraska from 1993-98. Another way of looking at it is that Miami’s streak is 30 percent more than the second-longest streak in poll history, which dates to 1936.

When the pandemic changed the ACC schedule dramatically, the Hurricanes were added to Clemson’s schedule. The game marks only the third meeting at Death Valley and first since 2010.

While the two teams have met just 11 times previously and there are not a lot of common denominators between the two programs, they each have experienced one of the top runs of excellence in the 150-year history of the sport. Miami’s nine-year run took place between 1985-93, and Clemson’s current era of excellence started in 2011, and it is still going today. 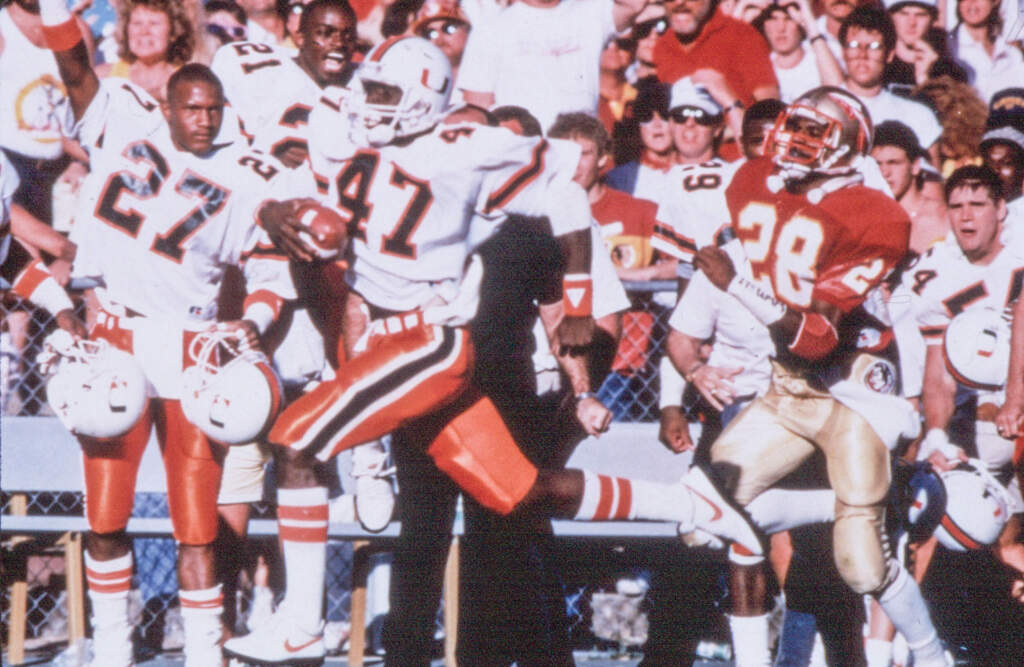 For the sake of this comparison, we will look at the respective nine-year periods.

Clemson’s recent run has included a 9-4 record in bowl games, with six wins in the College Football Playoff against teams ranked in the top four in the nation. Miami won three national titles during that period, but only had a 5-4 record in bowl games, and three of those wins were in the Orange Bowl. Therefore, the Hurricanes were just 2-4 in bowl games outside their home stadium.

When it comes to 10-win seasons, Clemson is on a run of nine straight, while the Hurricanes’ longest streak was eight during the 1985-93 period.

How talented were the respective teams? The answer is both had a lot of talent, with the Hurricanes getting a slight edge. Clemson had 50 players drafted in the last nine years, including 11 first-round draft selections, while the Hurricanes had 67 between 1985-93, including 13 in the first round.

In terms of beating top teams, both eras were phenomenal. Clemson was 26-10 versus top-20 teams during this era, and Miami was 30-11 in its era. The Tigers had nine wins over top-five teams, and Miami had 10. The Hurricanes also totaled five wins over No. 1 teams.

Any way you look at it, Clemson and Miami both boast incredible eras in college history.