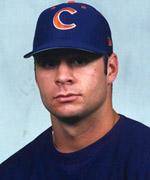 Despite committing a season-high six errors, Maryland won its first ACC game of the year in a 9-6 win over #15 Clemson in game one of a doubleheader Saturday. Clemson fell to 26-11 overall, 4-6 in the ACC in taking the loss at Shipley Field. Maryland improved to 13-22 overall, 1-11 in the ACC. The win also broke a 15-game winning streak by the Tigers in the series. Maryland, who entered the game hitting just .264, had 14 hits while holding Clemson to just six, including one in the last five innings.

Terrapin starter Chris Clem (3-5) earned the win, as he allowed six runs, all unearned, six hits, and no walks while striking out four. Tiger reliever Paul Harrelson (1-1) suffered the loss.

Clemson scored four unearned runs in the first inning thanks to some sloppy fielding by the Terrapins. Russell Triplett got things started with a one-out single. Then Brad McCann, and Kyle Frank all reached on fielding errors, the last of which plated Triplett. Jeff Hourigan drove home two two more runs on a sharp single up the middle. David Slevin gave the Tigers a 4-0 lead when he drove a sacrifice fly deep to right-field gap.

In the bottom of the first, Hourigan followed up his clutch single with a diving catch to rob Anthony Buffone at least a double in the left-field gap. Hourigan collided with centerfielder Kyle Frank, but held on to the ball. Hourigan was unable to get up for a few minutes, but recovered and stayed in the game.

Maryland cut the Tiger lead in half in the second inning. After a leadoff double by Will Frazier, Justin Maxwell hit a long home run to left field, his seventh of the season.

Clemson took a four-run lead in the fourth inning. Mount Airy, MD native Steve Pyzik hit a grounder that went between the legs of the second baseman. Garrick Evans, who had singled and stole second, scored on the play. After a Triplett single, Johnson hit a grounder to Sargent at second. Sargent’s throw to second base was errant, his third error of the game, as Pyzik scored on the play. The Terrapins committed five errors in the first four innings.

Maryland but into the Tiger lead again in the fifth inning. Kyle George led off with a single through the left side and later scored on Sargent’s one-out sacrifice fly to right field on an 0-2 pitch.

Clemson experienced a scary moment prior to the bottom of the sixth inning. While receiving a warmup pitch, Pyzik took a breaking pitch to the upper body area. After taking a few more warmup pitches, he went to the ground and laid on the ground for about 15 minutes. An EMS crew came onto the field and took him off on a stretcher and to a local hospital as a precaution. The early prognosis was a stinger to the neck area. Pyzik experienced dizziness as well.

Maxwell came through again in the sixth. With a runner on third and one out, he grounded a single through the left side to plate Ray Gemmill. Brian Jarosinski then tied the score with a two-out, two-run double to left field. Sargent redeemed himself for committing three previous errors when he hit a soft liner on a 1-2 pitch to score Jarosinski from second base and to give the Terrapins a 7-6 lead despite committing six errors at that point.

Gemmill led off the seventh inning with a double down the left-field line on a 2-2 pitch. Then Frazier hit a blooper to short left field, but Hourigan again made a spectacular diving catch for out #1. But the Terrapins added two more runs on a Maxwell double and George single.

Clemson and Maryland will start game two of the doubleheader today at approximately 4:25 PM.