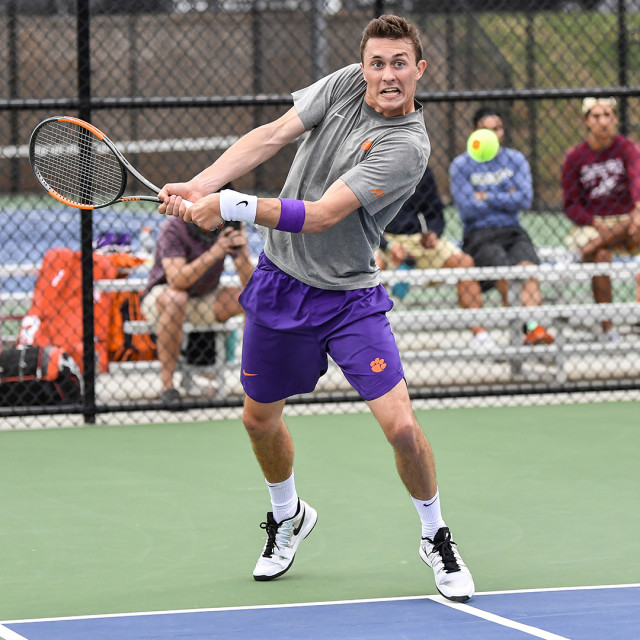 The Tar Heels won at No. 2 and No. 3 doubles to claim the doubles point, and took a 2-0 lead in the match with a straight-set win at No. 6 singles. The weather forced the match to be delayed as the teams moved inside. North Carolina clinched the match with victories at No. 5 and No. 4 singles once play resumed.

The Tigers return to the courts on Friday, April 20 and host in-state rival South Carolina at 5 p.m. at the AU Tennis Center in Anderson, S.C. On Sunday, April 22, Clemson host Notre Dame for the final match of the regular season. The match is set to start at 12:30 p.m. The ACC Tournament is set to begin on April 25, in Cary, N.C.