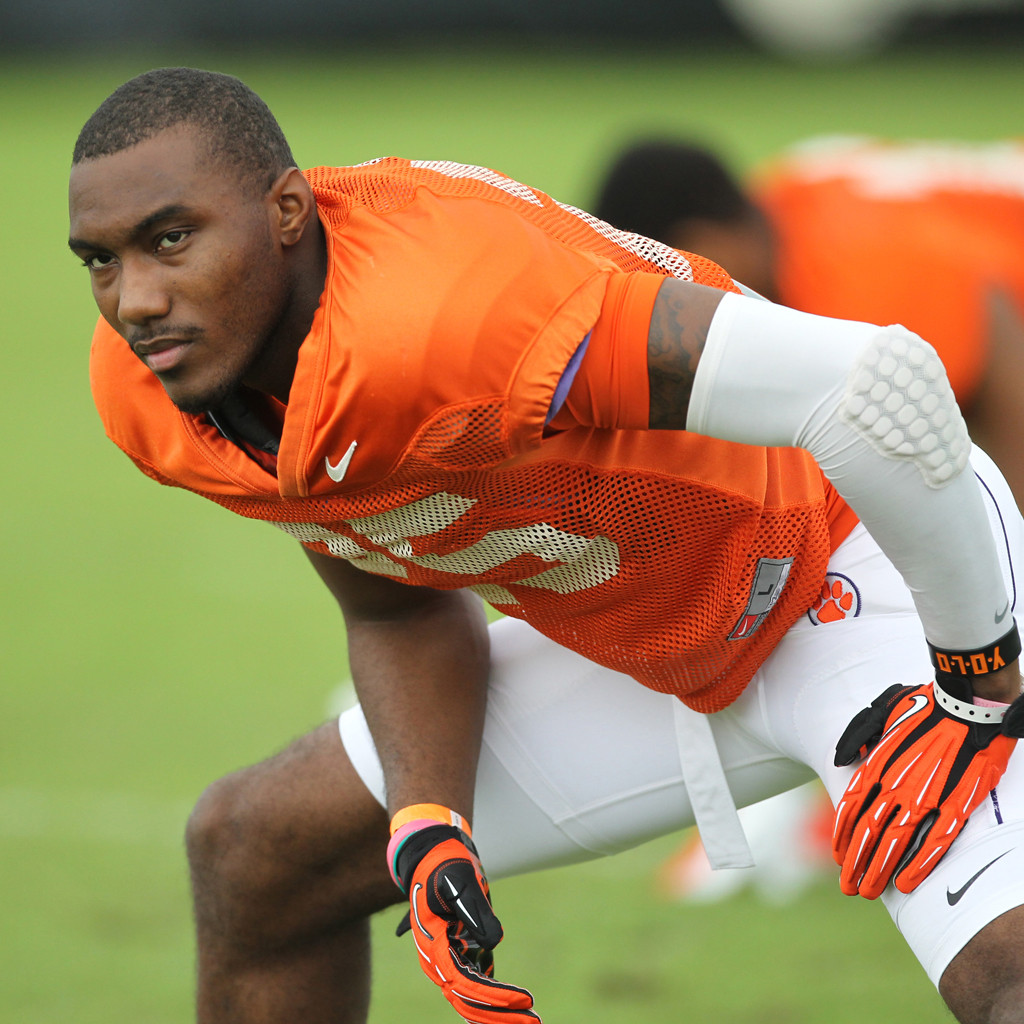 Tankersley Selected in Third Round of NFL Draft

Clemson, S.C.—Clemson senior cornerback Cordrea Tankersley was selected in the third round of the NFL draft by the Miami Dolphins on Friday evening.   Tankersley was the 97th pick of the draft. The draft concludes Saturday afternoon when rounds 4-7 will be selected.

Tankersley continued the tradition of Clemson defensive backs being drafted by the NFL. The Clemson program has now had at least one defensive back drafted in eight of the last nine years and a total of 12 defensive backs have been selected during that time. Clemson had three defensive backs make NFL rosters as rookie last year.

Tankersley was a first-team All-American by USA Today and a third team selection by the Associated Press as a senior in 2016 when he helped the Tigers to a 14-1 record and the National Championship. The native of Beech Island, S.C. had 65 tackles last year to rank seventh on the team. He had 11 passes broken up and four interceptions for a secondary that ranked fourth in the nation in pass efficiency defense.