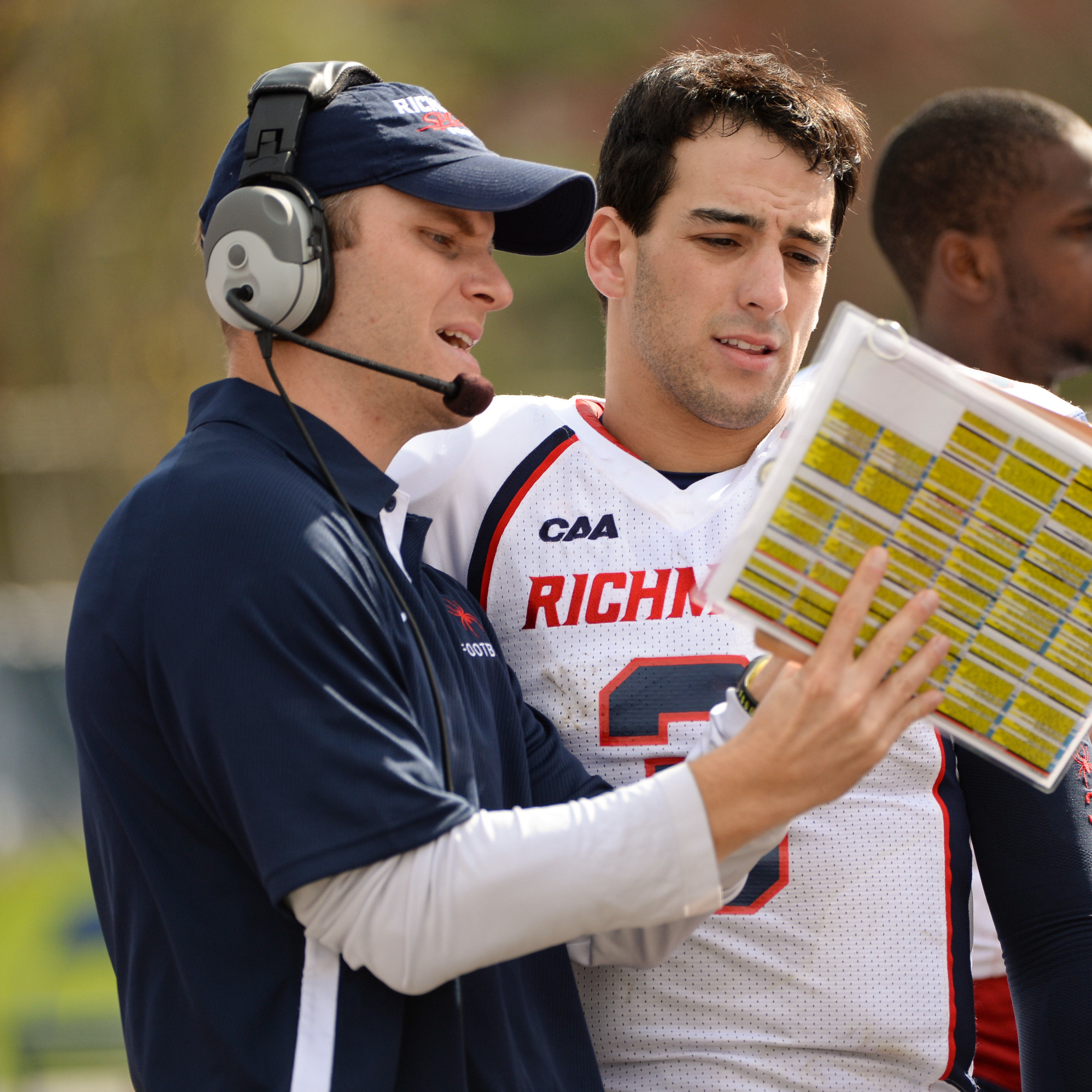 CLEMSON, S.C. – Brandon Streeter has been named quarterbacks coach and recruiting coordinator at Clemson University, head coach Dabo Swinney announced Wednesday. Streeter, who played quarterback at Clemson from 1996-1999, served as the offensive coordinator and quarterbacks coach at the University of Richmond the last three years. “Brandon Streeter has done an outstanding job everywhere he has been since he graduated from Clemson in 1999 and we welcome him back,” said Swinney. “I was very impressed with him when he worked for us as a graduate assistant (2004-05) and have followed him closely over the last nine years knowing that one day I would like to hire him.” Streeter has guided Richmond to a top 20 ranking in passing offense each of the last three years and was a major reason Richmond reached the second round of the FCS playoffs this year. “My family and I are beyond excited to return to Clemson, my alma mater, a place that has always been special to me,” said Streeter.  “I would like to thank Coach Dabo Swinney, President Jim Clements, Director of Athletics Dan Radakovich, and the entire athletic department for this great opportunity to serve as quarterbacks coach. This is truly a dream of mine, to give back to the University that has given me so much.” Streeter has been around successful programs. Six of the last seven teams he has worked with as an offensive coordinator have finished the season in the top 25 of the FCS poll.  Five of the last eight teams have been conference champions or co-champions. Richmond finished with a 9-5 record and a bid to the FCS playoffs in 2014 thanks to a passing offense that averaged 314 yards per game, eighth best in the nation.  The Spiders averaged 461 yards per game in total offense, 19th best in the nation, ranked second in third-down conversions (.516) and third in first downs (332). Richmond was seventh in the nation in passing yards in 2013 with 328.3 yards per game, ranked 24th in total offense with 441 yards per game and ranked 13th in completion percentage at .657.  Virtually every Richmond individual game, season and career school passing record was established during that 2013 season.  Streeter’s 2012 Richmond offense was 20th in passing and 21st in scoring. The Spiders offense saw five players earn All-CAA recognition, while FB Kendall Gaskins and TE Kevin Finney were honored as All-Americans. Streeter served as quarterbacks coach at Liberty for six years, and was the offensive coordinator for the last three.  In 2011, Liberty led the Big South in passing yards and pass efficiency, and finished second in scoring offense and total yards, averaging 35.9 points and 426.5 yards, respectively.  The Flames were eighth in the nation in scoring and 20th in total offense. In 2010, Liberty averaged 36.45 points per game, a better mark than in 2009 when the Flames led the nation in scoring at 36.36 points per game.  The Flames were third in the country in scoring offense and second in total offense (460) during that 2010 season.Streeter came to Liberty after serving as a graduate assistant coach at Clemson for two years in 2004 and 2005, when Swinney was an assistant coach. Streeter worked with quarterback Charlie Whitehurst during those two seasons.   Streeter served as an assistant coach at Charleston Southern for two years. In 2002, Streeter coached the Buccaneers’ quarterbacks, while he made the move to running backs coach and recruiting coordinator in 2003.  Streeter was a three-time letter winner with the Tigers from 1997-99.  He was Clemson’s starting quarterback over the last two years.  He played in just eight games due to injury as a senior in 1999, helping Tommy Bowden’s first Clemson team to a Peach Bowl bid.  He threw for 1466 yards that season, the same total Deshaun Watson had in eight games in 2014. When he graduated, Streeter had broken or tied 11 Clemson records during his career, throwing for 3,506 yards and 17 touchdowns. He is still 11th in Clemson history in passing yardage, ninth in completions, 13th in touchdown passes and eighth in completion percentage. A three-time member of the ACC Academic Honor Roll, Streeter became Clemson’s inaugural winner of the Brandon Streeter Award in 1999, which is annually given in his honor to a student-athlete in any sport who has succeeded athletically despite a physical injury. Streeter also played professionally as a member of the Carolina Cobras, an Arena Football League team, during the spring and summer in 2001.The native of Gettysburg, Pa. earned his bachelor’s degree in health science from Clemson in 1999 and a master’s degree in human resource development from Clemson in 2001.  Streeter and his wife Ashleigh have three children, Chamberlin Brooke (6) and Foard Michael (4) and Mason Morgan (born August, 2014). His father, Barry Streeter, has been the head coach at Gettysburg since 1978 and he is among the top 25 coaches in Division III history in total wins