Clemson Athletics and IPTAY strongly support the actions taken by the Board of Trustees and supported wholeheartedly by President Clements. We all stand for justice and equality and support these steps to make Clemson a more inclusive community. 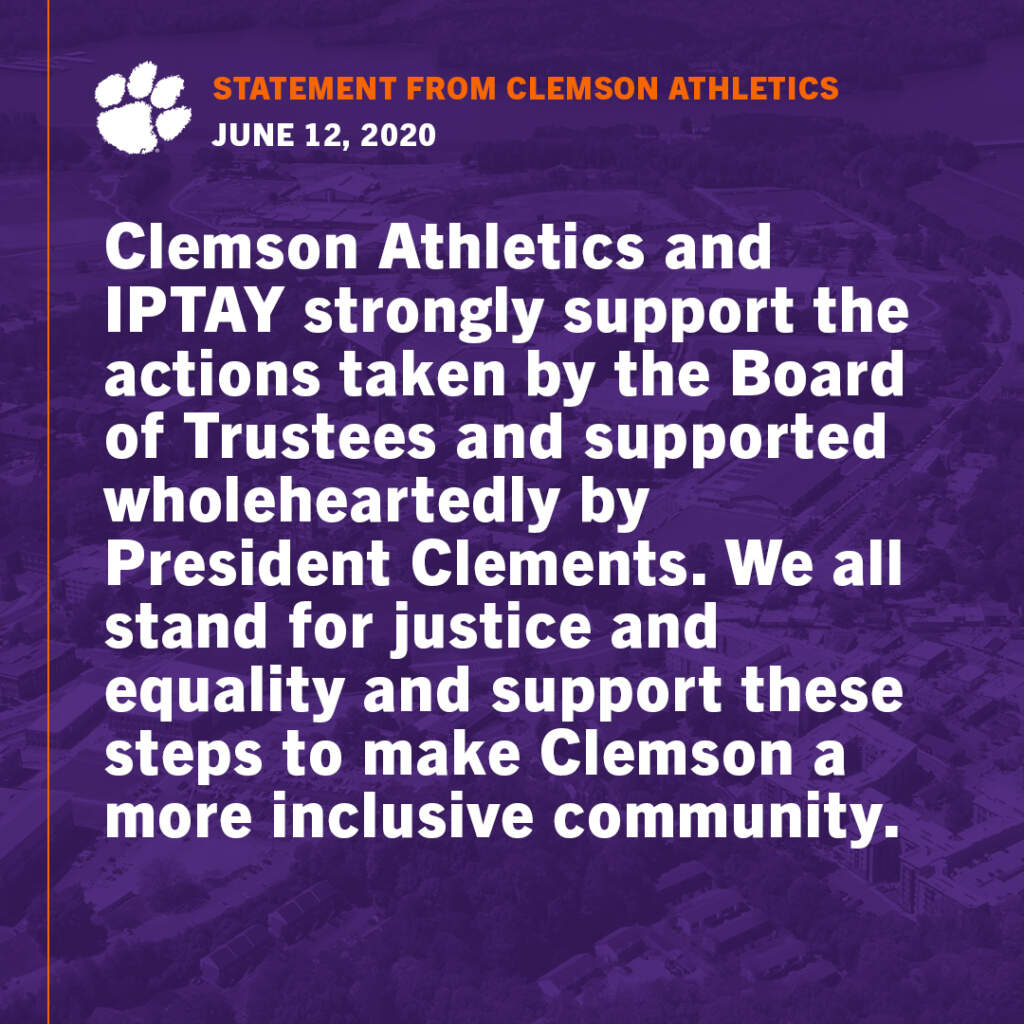