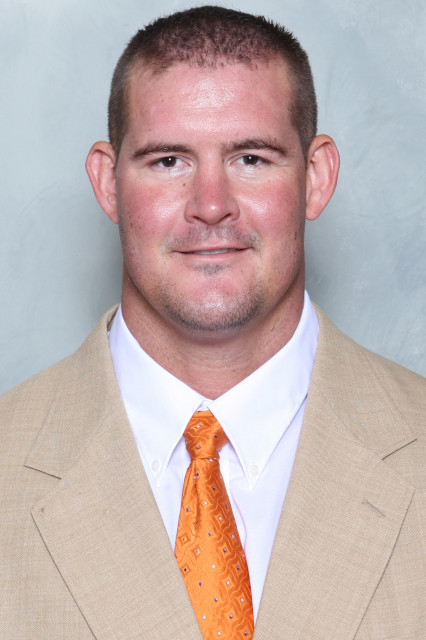 Paul Hogan is in his ninth year at Clemson serving as a Senior Assistant Strength and Conditioning Coach under Director Joey Batson. Hogan earned a Master’s degree in management from the University of Alabama in December 2004.

Hogan was a four-year starter at center with Alabama from 1997-2000 and was a three-time All-SEC pick and All-American at center.  He started 44 of his 45 career games and also earned Academic All-SEC honors two years.  Selected a team captain his senior season, Hogan was also the winner of the Pat Trammell Leadership Award for most outstanding leadership. At Alabama, Hogan played under MSCC Labaron Caruthers, MSCC Matt Parker, MSCC Paul Helsel III, former MSCC Steve Martin and MSCC Terry Jones.

Following his graduation in 2000, Hogan signed a free-agent contract with the Oakland Raiders before going to the University of Georgia.  In 2001, he spent one year at Georgia as a volunteer coach. From 2002-2004, he was a graduate assistant at the University of Alabama, starting in the weight room under MSCC Ben Pollard, before being moved to the coaching side of football.

Hogan is a native of Valdosta, Ga., where he attended Valdosta High School. In 2019, Hogan was inducted into the Valdosta High School Hall of Fame. He is married to the former Jennifer Rouzie of Tuscaloosa, Ala., and the couple has two sons, Rouzie (9) and Jackson (4).