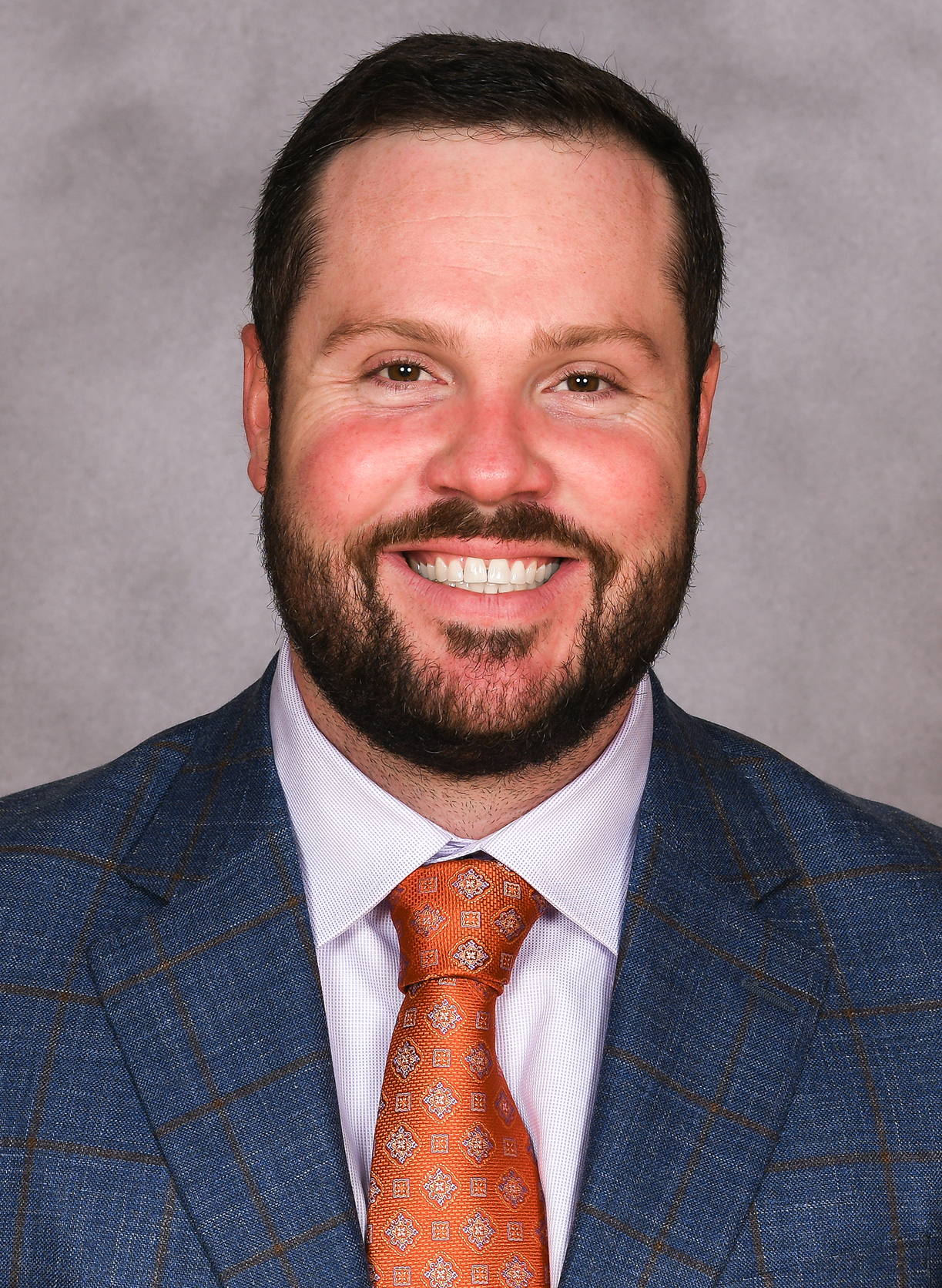 Ben Winterrowd has served as Clemson’s assistant director of communications since August 2017.

In his role, Winterrowd serves as the primary communications contact for Clemson men’s basketball, while also overseeing IPTAY’s ORANGE: The Experience Magazine as one of four editors. He oversaw the communications efforts of the Tiger’s NCAA Sweet 16 run during the 2018 NCAA Tournament. It marked just the fourth Sweet 16 appearance in program history and the first since 1997. He also coordinated media efforts for the Tigers advancement to the 2021 NCAA Tournament.

While at Clemson, he has overseen and directed the media relations and publicity efforts for a pair of 20-win teams and a trio of teams that have advanced to postseason play, including appearances in the 2021 NCAA Tournament, 2019 NIT and 2018 NCAA Tournament. During the summer of 2019, the program was selected to represent the United States in the 2019 World University Games in Naples, Italy. Winterrowd oversaw communications efforts for a gold medal winning United States squad.

Winterrowd came to Clemson after four years at Appalachian State. He arrived at the Boone, N.C. university in 2013 as a postgraduate intern, serving in that role for two years before being promoted in 2015 to assistant director. In his time at App State, Winterrowd also held the roles of interim director of strategic communications and associate director of strategic communications.

Prior to his arrival at App State, Winterrowd was a member of the athletic communications staff at Western Illinois (2012-13). A two-time graduate of WIU (B.A. – 2011, M.S. – 2013), Winterrowd filled various roles in the WIU athletics department as an undergraduate and graduate student.

Winterrowd was born in Atlanta, Ga. and raised in Naperville, Ill., a southwest suburb of Chicago.