Clemson track and field opened its new $3.6 million dollar indoor track facility in December of 2003. The track is located adjacent to the Rock Norman Outdoor Track Complex. The new indoor facility contains a 200m Mondo track with an eight lane (44″) straightaway and a six-lane oval with a 73-foot radius. In the infield, the facility features one high jump apron, two pole vault runways and two long and triple jump runways. A permanent throwing cage is located outside the track for the weight throw and shot put. The facility also includes an athletic training room, seating for 1,800 spectators, restroom and concession facilities. The mezzanine level serves as home to the Tigers’ FinishLynx timing system, public address system, sports information and media work area.

The facility served as the site of the 2004 and 2007 ACC Indoor Track and Field Championships.

The 10-lane track and jump pits were resurfaced in the fall by Beynon Sports Surfaces.  The company, based out of Hunt Valley, MD, implemented a 2000 Hobart state-of-the-art surface.  Clemson is currently one of only two universities in the nation with this type of outdoor track surface.  The unique quality of the Hobart system will allow student-athletes to train, while being able to obtain world-class records and speed. 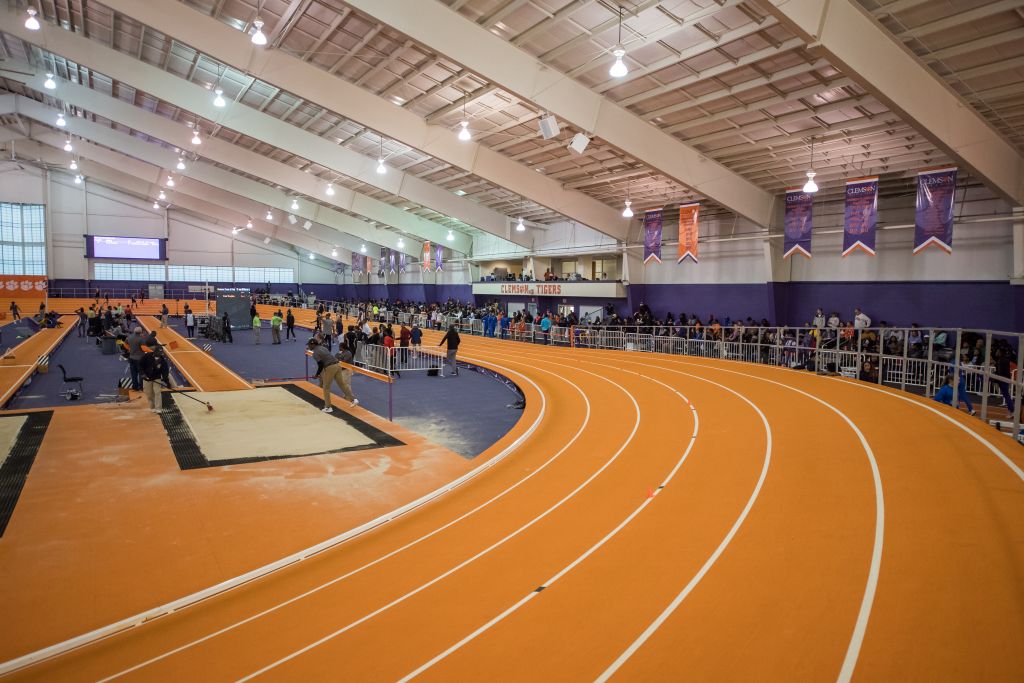 The track features a steeplechase barrier and water jump area on the outer border of the track, and it was renovated in the fall to incorporate a softer hurdle surface and improved signage.

The facility features four pits for long jump and triple jump, and a main high jump apron area (66’x112′) which is shared with the runway for the javelin throw (175′).

Also in the fall, new trees were planted along the inside and outside of the fence on the frontstretch curve.  This gives the facility an aesthetic appeal.  New wrought iron fencing and brick pillars were also used in the construction of a new entrance between the indoor and outdoor track facilities.

The facility boasts a stadium with a seating capacity of 4,500, as well as permanent restrooms and concession areas.  A $100,000 press box was added in 2001, which houses the Tigers’ timing system, media and sports information work areas.

Another feature of the Rock Norman Complex is the $80,000 30’x27′ electronic scoreboard and message board.  The board displays school, place and time for all 10 lanes.  The board demands 56, 280 watts of electricity to operate and is run by a Venus 200 computer.

Rock Norman Track, located in Jervey Meadows, is also an excellent facility for throwers with two discus and hammer circles with state-of-the-art protective cages, as well as three shot circles. 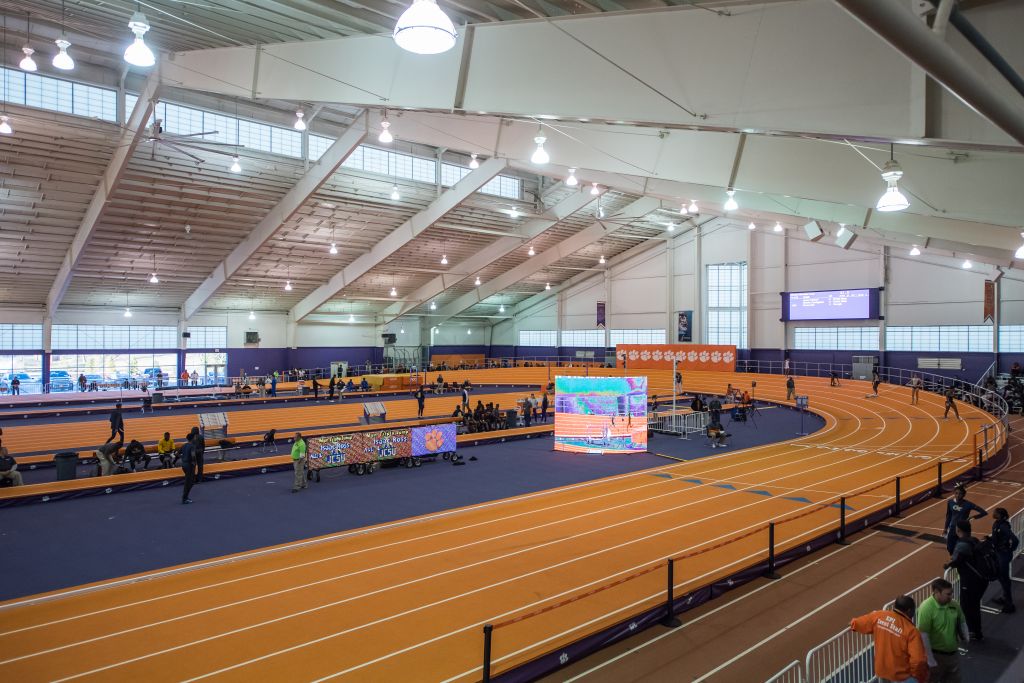