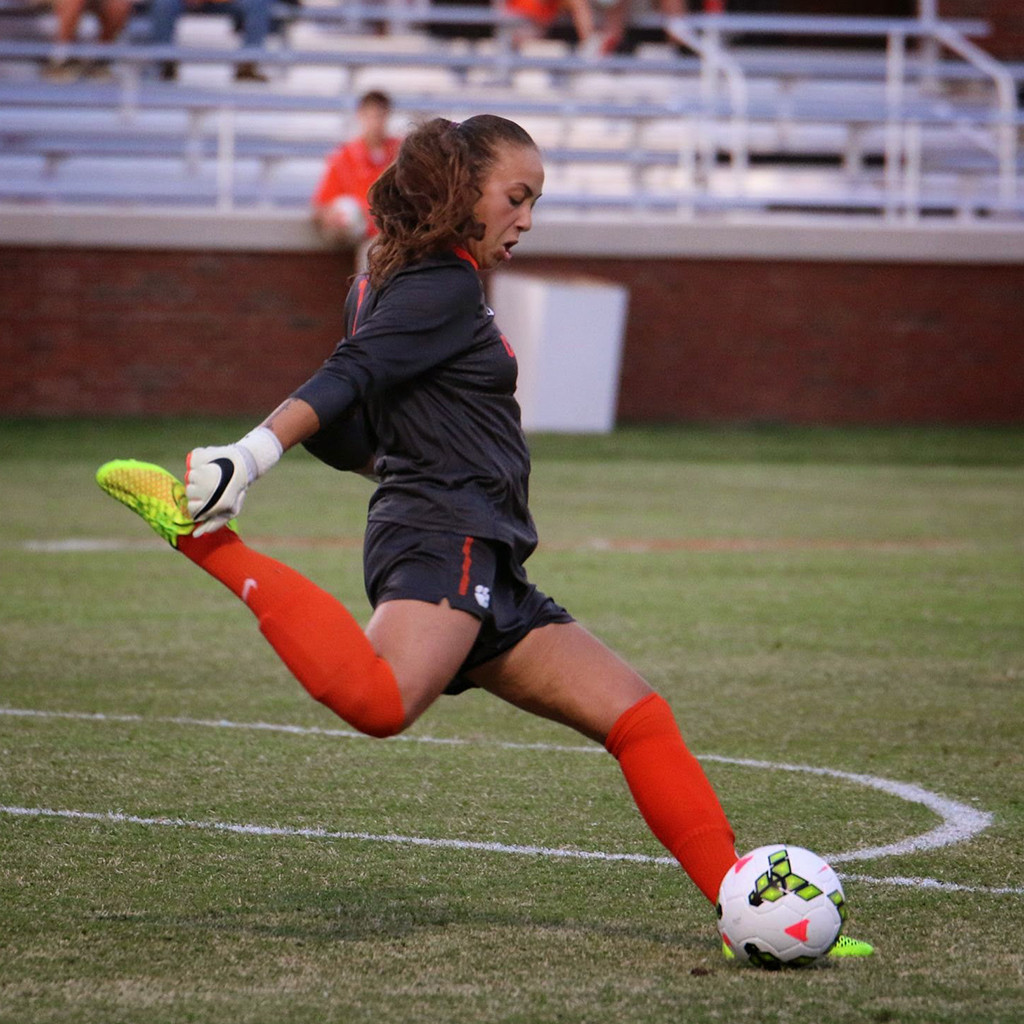 CLEMSON, S.C-  Sophomore goalkeeper Kailen Sheridan has been named to the NSCAA All-Southeast Region First Team as announced by the association earlier this week. Sheridan started 18 games in goal for the Tigers and recorded a 0.56 goals-against average in 2014, allowing only 10 goals while recording 40 saves.

Sheridan’s excellent play in goal helped propel the Tigers to the seventh-best goals-against average in the country, while individually she ranked 11th in the category among all of the nation’s goalkeepers.

The two-time All-ACC selection was one of only two sophomores selected to the region first team, a team comprised of all ACC players except for Furman’s Stephanie DeVita.