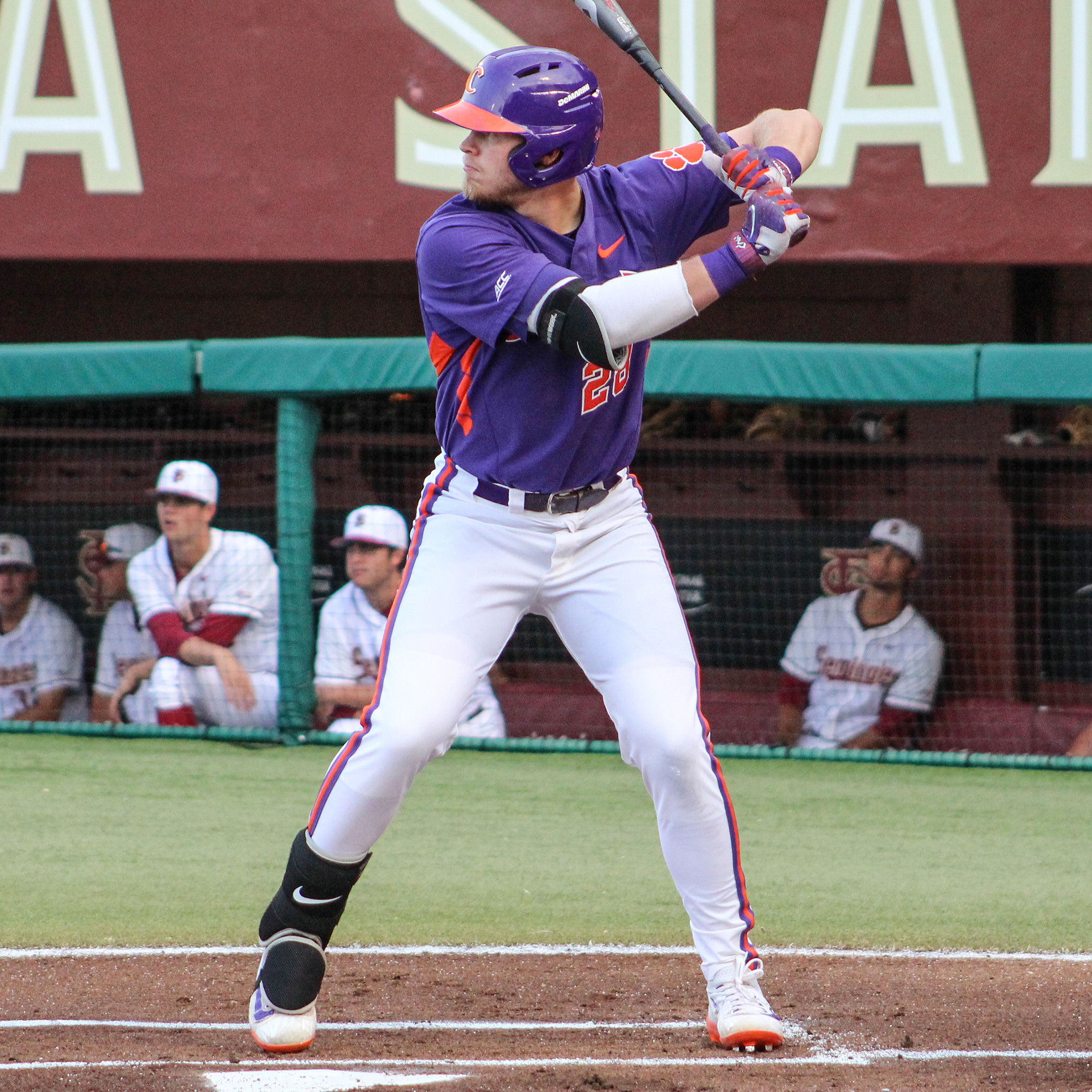 TALLAHASSEE, FLA. – Cal Raleigh’s solo homer in the seventh inning broke a 5-5 tie and propelled Florida State to a 7-6 win over No. 4 Clemson at Dick Howser Stadium on Monday night. The Seminoles, who won the series 2-1, improved to 23-15 overall and 9-9 in the ACC. The Tigers fell to 30-7 overall and 14-4 in ACC play.

After Reed Rohlman extended his hitting streak to 14 games with a single in the first inning, Seth Beer belted a three-run homer, his 12th long ball of the season and third of the series. The Seminoles answered with two unearned runs in the third inning and three unearned runs in the fourth inning after costly Tiger errors in both frames. Chris Williams upped his hitting streak to 12 games with a leadoff homer in the sixth inning, his ninth long ball of the year. Two batters later, Robert Jolly belted a pinch-hit solo homer, the first of his career, to tie the score 5-5.

But Raleigh blasted a long solo homer, his fifth long ball of the year, in the bottom of the seventh inning to give Florida State the lead. After the Seminoles added another run in the seventh inning, Chase Pinder’s RBI groundout in the eighth inning cut their lead back to a run.

Alec Byrd (2-1) picked up the win in relief. Jacob Hennessy (1-1) took the loss for the Tigers, who suffered their first back-to-back losses in a season since falling to Georgia Tech on April 23 and 24 in 2016.

The Tigers host Georgia on Wednesday at 6:30 p.m., on ACC Network Extra.