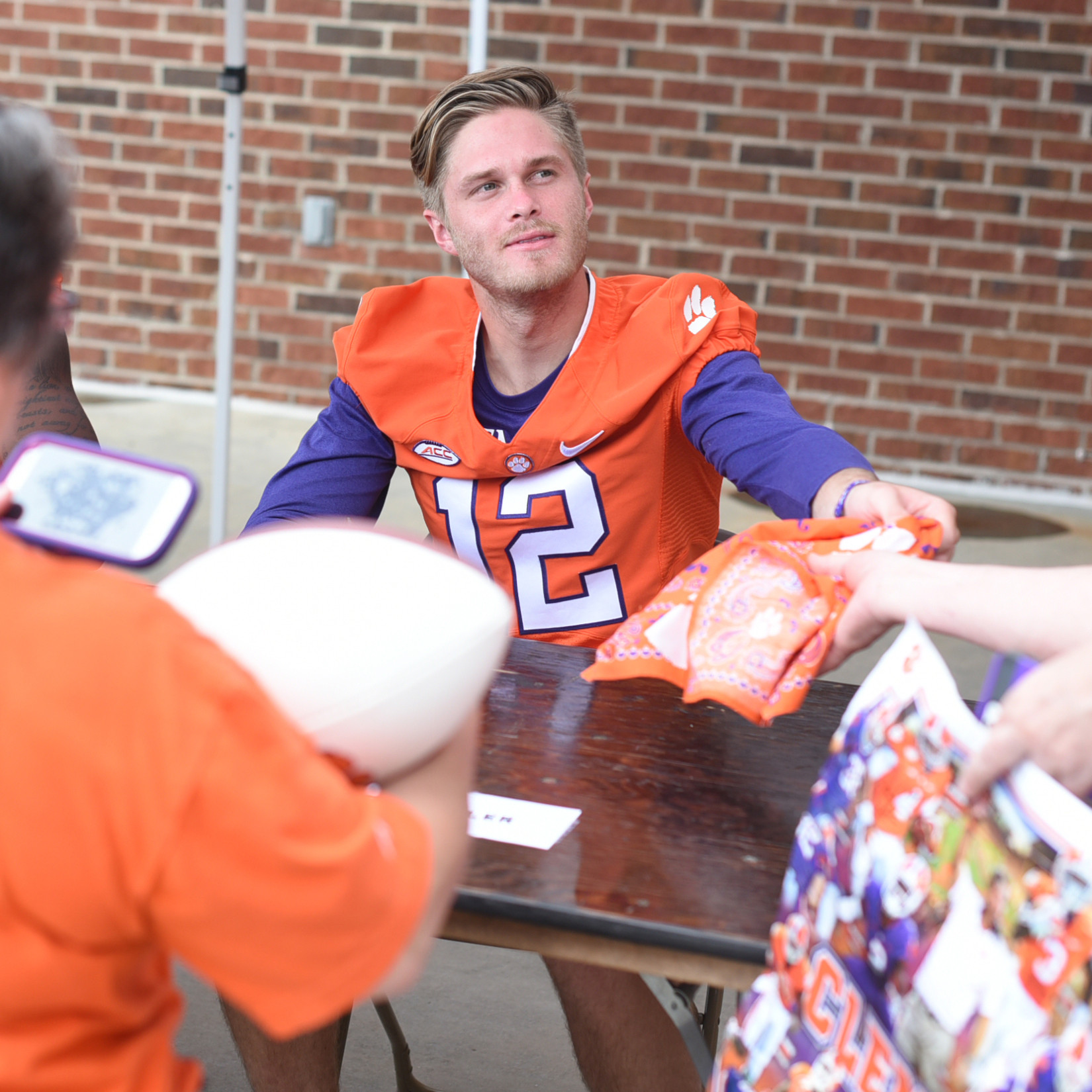 Bootlegs, blitzes and blind sides have been a big part of Nick Schuessler’s college experience at Clemson University.

But as the student-athlete from Grayson, Ga., plots his career path, balance sheets, basis points and budgets are more likely to become the vernacular of his professional future.

Nick Schuessler has a plan for life after football.

Schuessler is known to most on campus as Clemson’s junior back-up quarterback to Heisman Trophy finalist Deshaun Watson. But he’s also an honors student in accounting and a young man with a business plan for life after football, which he says has helped shaped who he is today.

“I’ve learned so much from the game that has helped me grow as a person, in the classroom and will benefit me professionally,” said Schuessler, who was named to the 2014 Atlantic Coast Conference academic honor roll.

“As much as anything, football has taught me to work with a diverse group of people, day in and day out. It’s also taught me about the peaks and valleys we all experience in life, and how to pull oneself up from those valleys. I don’t know that I’d be the man I am today without football.”

Schuessler’s laid-back personality has also benefited him on the field and in the classroom, especially in stressful situations. “One of my strengths, I think, is being composed, which helps me perform confidently under pressure, whether I’m taking a test or looking for an open receiver. All of that helps me be ready for when my time is called.”

Click HERE to read the rest of the story.